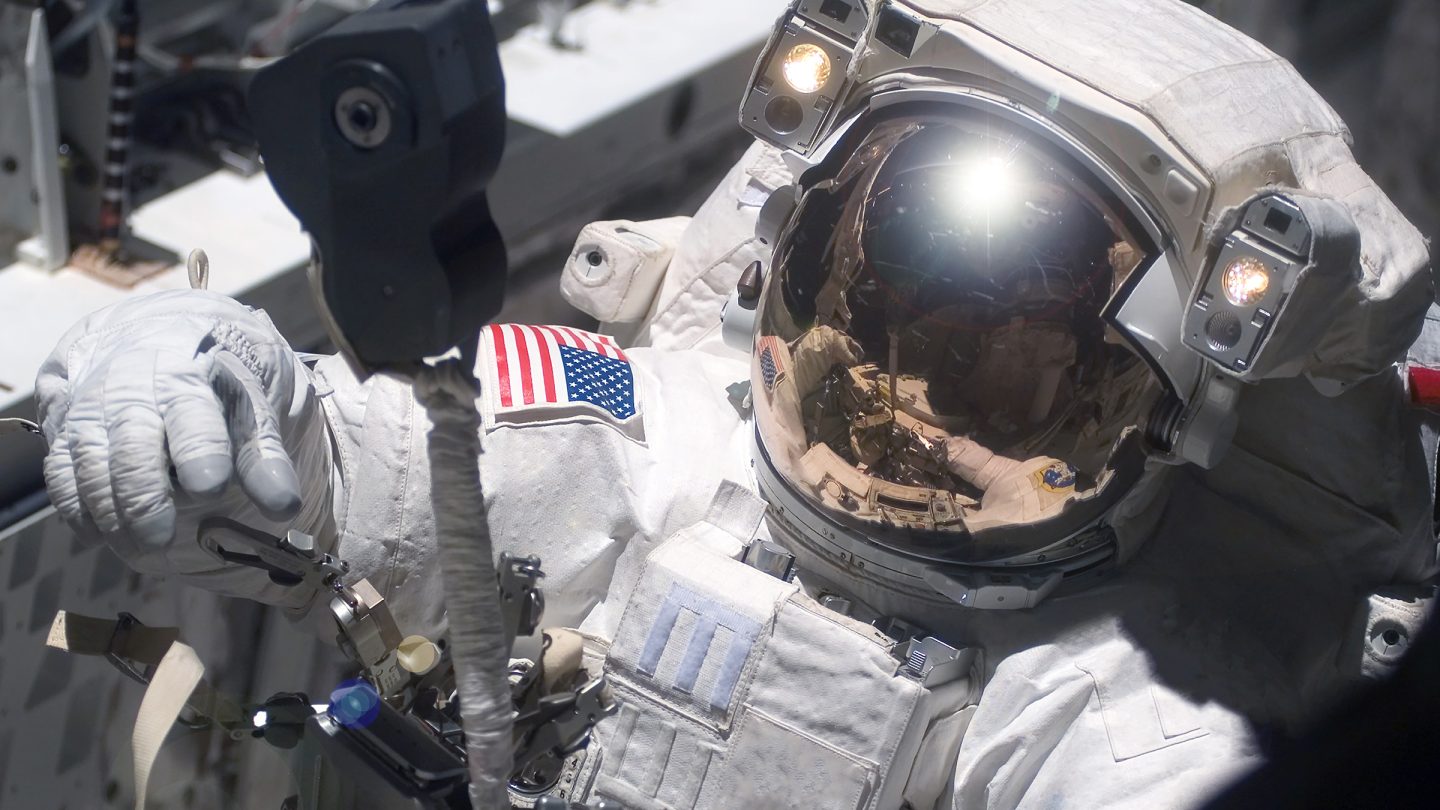 NASA’s next-generation spacesuits will be created by Axiom Space and Collins Aerospace. The space agency shared the news this week. The two companies will work to create next-generation suits for spacewalking and for use in the upcoming NASA Artemis missions.

NASA finally chose someone to make its next-generation spacesuits

The future of NASA’s spacesuits has been up in the air for some time now. In fact, the space agency has been utilizing aging spacesuits aboard the International Space Station for a number of years. Their age is starting to show, though, and at the moment NASA has even shut down most spacewalks aboard the station.

But, it looks like the agency is ready to finally move forward with the next generation of spacesuits. It announced on Wednesday that it would be partnering with Houston-based Axiom Space and Collins Aerospace to develop the new spacesuits. On top of being used aboard the ISS, the new suits will also play a part in the upcoming Artemis missions.

With NASA planning to put humans back on the Moon, having newer, better spacesuits is paramount. We’ve already seen some of the new lunar rovers that NASA plans to use. So, learning more about the spacesuits these companies create will be interesting, too.

Finding someone to make NASA’s next-generation spacesuits wasn’t an easy feat. After all, you can’t simply put the lives of astronauts in the hands of companies that haven’t proven their worth. However, both Axiom and Collins Aerospace have strong histories.

Axiom made history earlier this year by sending the first private space flight to the International Space Station. A feat in and of itself, the company is also working on its own space station and has plans to send astronauts on space missions.

Collins Aerospace, the second company designing NASA’s next-generation spacesuits, has a long history in both commercial and military aviation. As such, the company has already designed equipment that works when lives are on the line. And in the dark of space, your life is almost always on the line in some way, so having that experience should prove beneficial.

NASA seems to have chosen two strong companies to lead the development of its new spacesuits. NASA is working towards a manned mission to Mars in the 2030s. And having better spacesuits already sorted will save time in the long run, too.

It is unclear exactly when we’ll see updates on these new spacesuits. What I do know, though, is that NASA is gearing up for an exciting decade of space exploration and I’m completely here for it.