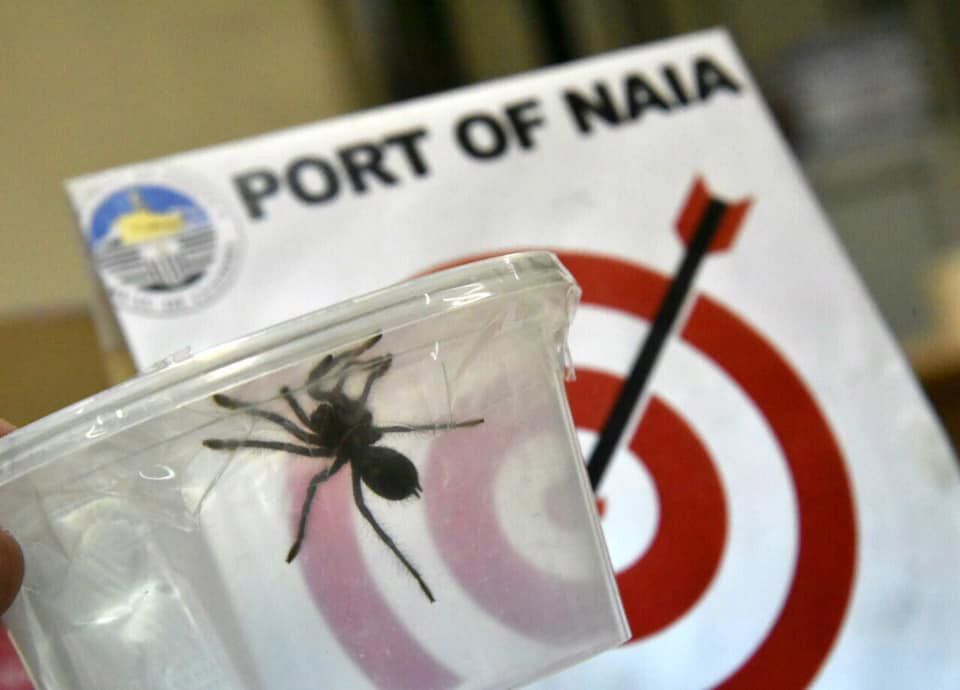 Smuggling contraband into a country is a dirty business, especially when the goods being illegally transported are things like drugs or weapons. A man in the Philippines has been caught smuggling goods from Poland in boxes made to look like they contained cookies and other tasty treats. What customs officials found when they looked inside, however, definitely didn’t match the packaging.

As Associated Press reports, the gift-wrapped boxes contained new fewer than 757 live tarantulas, all of which were bound for new homes in the Philippines. The arachnids, which were being brought in to be sold illegally to collectors and enthusiasts, have now landed the recipient in a heap of trouble.

In the Philippines, collectors and traders of such creatures requires a permit which most people don’t bother to get. Because of that, a black market for the venomous has sprung up, and smugglers routinely try to transport the creatures while flying under the radar of law enforcement.

In this case, the spiders were labeled as “collection items” in the customs process, but customs officers quickly realized what was actually hiding within the packages. The man who arrived to pick up the packages was subsequently arrested and will likely face a steep fine at the very least and possibly a prison term.

The arachnids concealed within the boxes were stored in small containers with air holes punched in them. Both large adult spiders and smaller baby tarantulas were found in the packages, and officials place the value of the animals at the equivalent of about $6,000.

It goes without saying, but smuggling living creatures is a pretty scummy business. Tarantulas might not exactly be the kind of cuddly creatures showcased on environmental posters but they still shouldn’t be packed into cookie boxes and smuggled into foreign countries by the hundreds.