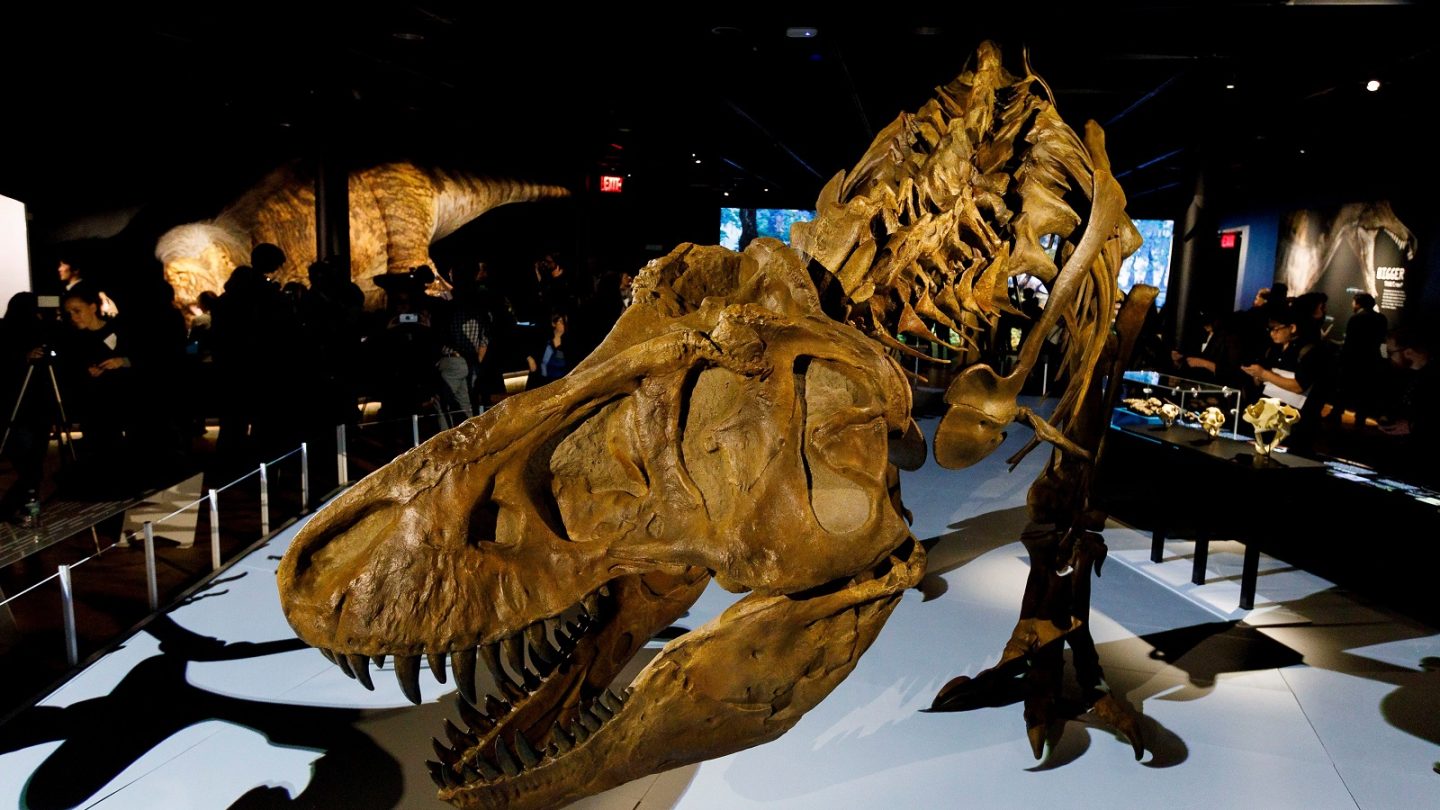 The mighty Tyrannosaurus rex was the ultimate food processor. It didn’t really mess around with tearing meat from bone in the way that smaller predators and scavengers of the day may have. Instead, it used its incredibly powerful jaws to crush absolutely everything, including bone, and wasn’t squeamish about swallowing it all.

But if that was the case, and the creature regularly slammed its jaws down onto the bones of dead or dying dinosaurs, it would seem equally likely that the T. rex’s own skull would crack or shatter as well. Researchers from the University of Missouri wanted to figure out why that didn’t happen, and how the mighty king of the dinosaurs was able to pulverize bone without cracking its own skull in the process.

To get to the bottom of this mystery, the researchers didn’t study just the bones themselves, but also the various tissues that held the jaw and skull in place. This gave them a better idea of the stresses the skull endured during feeding, and revealed an interesting quirk regarding the skull of the T. rex.

As it turns out, the jaws of the T. rex were less flexible side-to-side than previously thought. Unlike modern day birds and most reptiles, the T. rex’s jaw wouldn’t have had much wiggle room, and that would have aided in its stability.

“Dinosaurs are like modern-day birds, crocodiles and lizards in that they inherited particular joints in their skulls from fish—ball and socket joints, much like people’s hip joints—that seem to lend themselves, but not always, to movement like in snakes,” Casey Holliday, co-author of a new paper on the research published in an The Anatomical Record, said in a statement. “When you put a lot of force on things, there’s a tradeoff between movement and stability. Birds and lizards have more movement but less stability. When we applied their individual movements to the T. rex skull, we saw it did not like being wiggled in ways that the lizard and bird skulls do, which suggests more stiffness.”

The T. rex’s skull seems to have been built specifically for destroying just about anything, and based on what its fossils have told us, that’s exactly what it did.