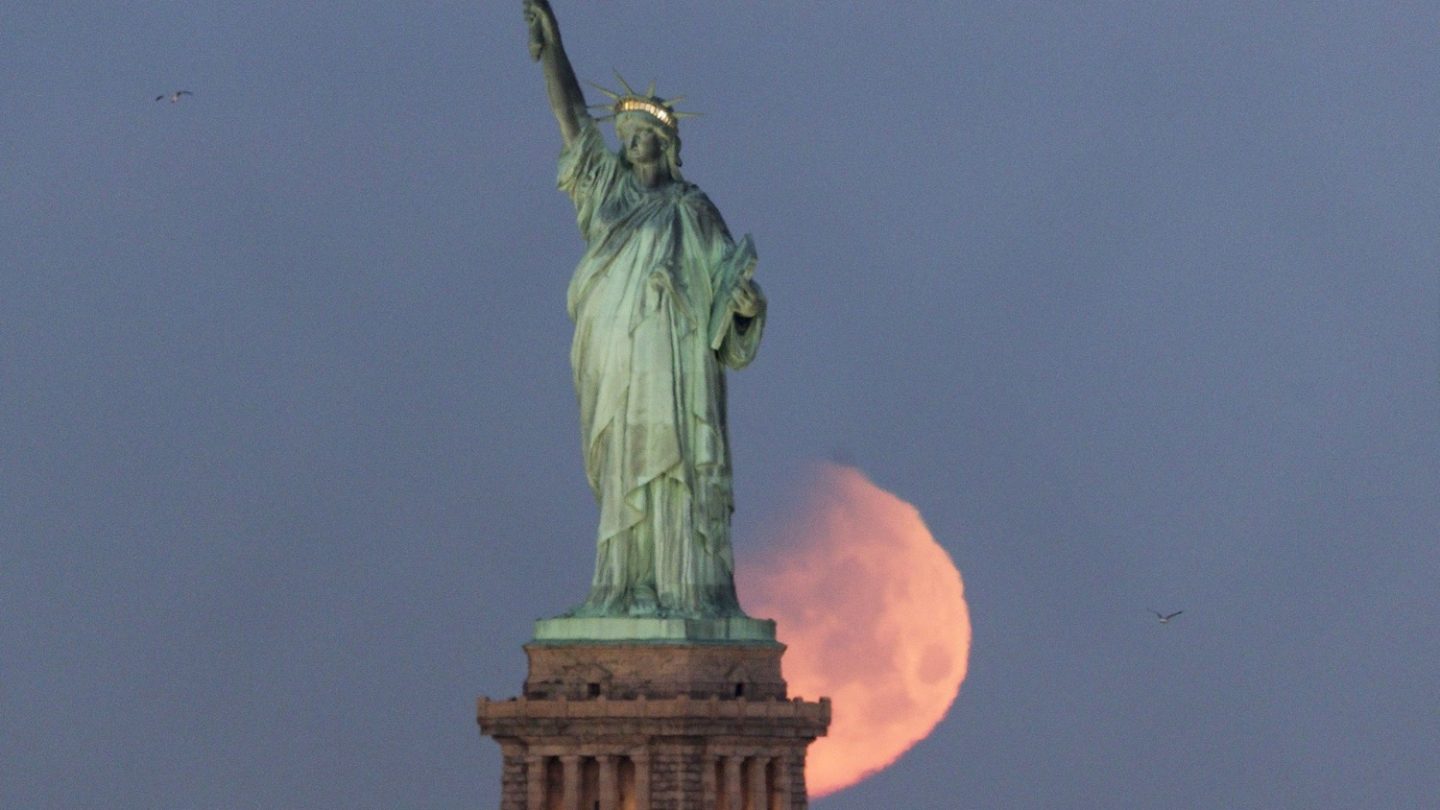 This woeful year of 2020 hasn’t given us many reasons to celebrate. We’re in the midst of a global health crisis, people are isolating in their homes and fearing for their loved ones, and there’s really no telling when “normal” will return. It’s a bummer, but leave it to our Moon to give us a reason to get our minds off of our current predicament, as the biggest supermoon of the year is happening tonight.

The full moon of April is often called the Pink Moon, and tonight’s Pink Moon will be the closest the Moon will be to Earth during a full moon all year. That makes it a must-see for supermoon hunters and a genuinely interesting sight for anyone who wants to get their mind off of things for a bit.

As EarthSky explains, the full moon will be seen at a distance of 221,851 miles from Earth’s surface. The lunar perigee, which is the point at which the Moon is closest to Earth in its orbit, is at 221,773 miles and will occur just hours before the full moon comes into view. That’s the closest the Moon will be to Earth all year, so this supermoon is the one you definitely won’t want to miss.

“Supermoons” might sound miraculous but it’s really just the blanket term given to any full moon that occurs when the Earth and Moon are particularly close. During these events, the Moon can appear significantly larger in the night sky, and up to 15% brighter than a standard full moon.

It’s a special occasion, but the change in size and brightness isn’t dramatic enough for some people to even notice the difference. If you happen to be particularly sensitive to such things, you’ll know it, but otherwise, it’s just a neat sight and a reason to gaze skyward.

As for tonight’s Super Pink Moon, the full moon of April goes by several other names including the Grass Moon and Egg Moon. These names are often dreamt up by various groups and many of them have little to no significance.

Unfortunately, not everyone will be lucky enough to actually witness tonight’s Super Pink Moon. Weather across the United States is packed with clouds at the moment, and you’ll need clear skies if you have any hope of basking in the Moon’s glory. If Mother Nature is on your side, be sure to head outside at nightfall and gaze to the East to catch a glimpse.