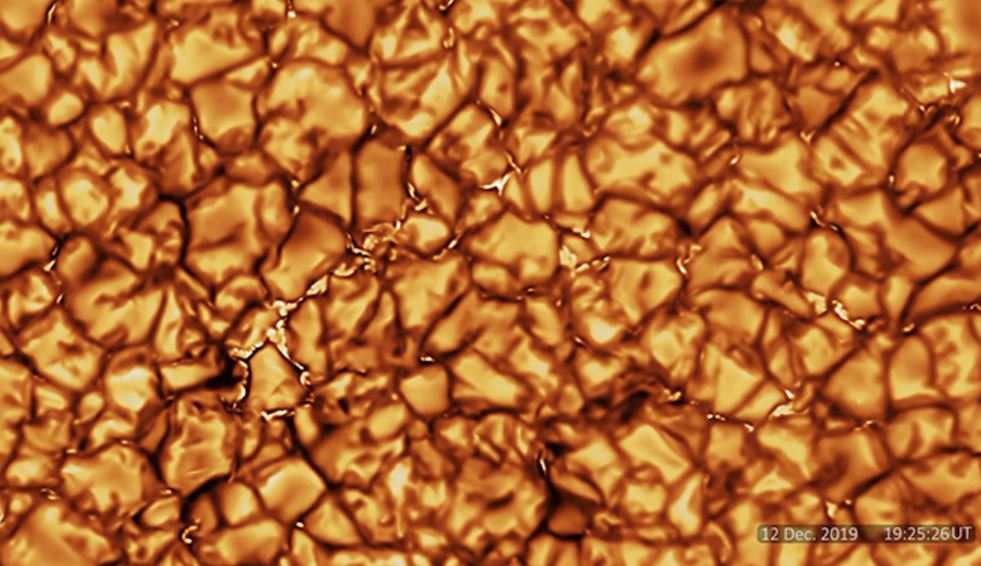 The Sun rises and falls every day, giving us plenty of opportunities to see it. From Earth, we can’t really make out what it is since it’s an ultra-bright blob in the sky that will literally damage your eyes if you stare at it for too long, but scientists have tools that can view our nearest star in much greater detail.

This week, a team of researchers working with the still-in-construction Daniel K. Inouye Solar Telescope (DKIST) has snapped what might be the most detailed look at the surface of the Sun that anyone has ever seen, and boy is it ever pretty.

It’s really pretty incredible, and the team even managed to capture a brief animated look at how the star’s surface is constantly rolling. Check it out:

“It is literally the greatest leap in humanity’s ability to study the Sun from the ground since Galileo’s time. It’s a big deal,” Professor Jeff Kuhn of the University of Hawaiʻi said in a statement. “These instruments use sensitive infrared technology and complex optics that reveal sunspots and small magnetic features, and how their magnetism reaches into space. With these new tools we expect to learn how the Sun interacts with the Earth.”

It’s really a stunning observation, and even as groups like NASA launch missions to visit our star at closer distances than ever before, it’s still amazing that scientists are able to make these kinds of detailed observations from Earth. The DKIST telescope is slated to be fully up and running by June, at which point we’re sure to get plenty of additional awesome images.