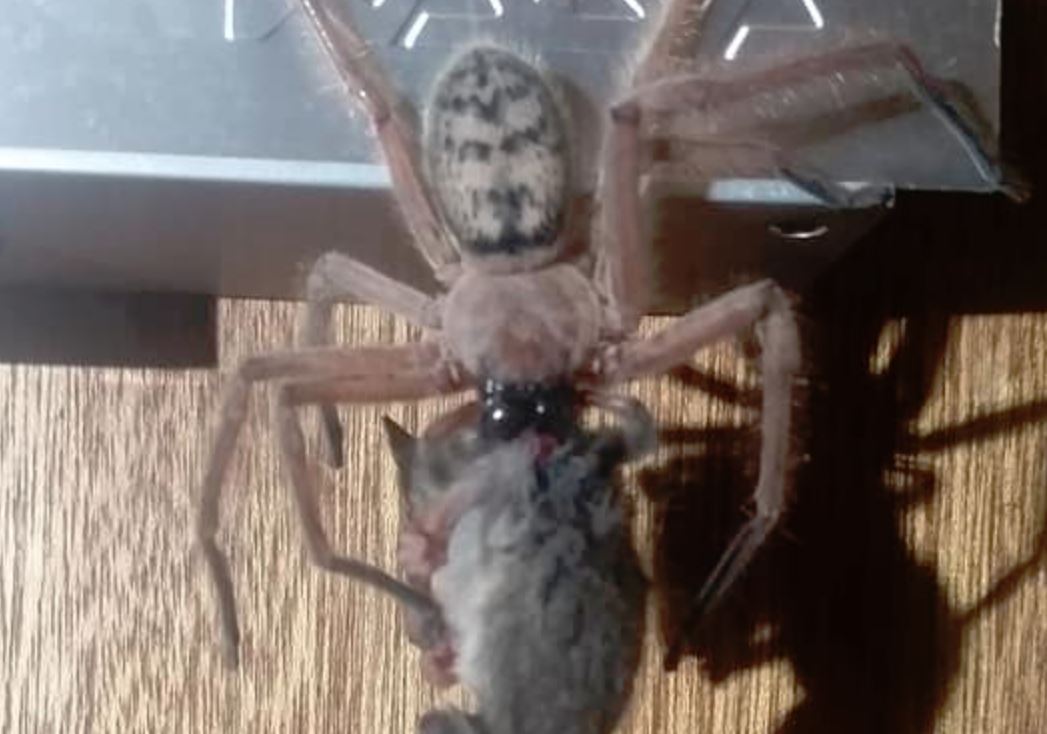 If you’re the kind of person who has trouble sleeping after seeing something incredibly creepy, go ahead and just click away right now.

Okay, now that they’re gone, let’s take a look at what might be the best nightmare fuel ever to come out of Facebook. It’s an image posted by Tasmania resident Justine Latton, and it appears to show a rather large spider feasting on a possum.

The image, which Latton says was snapped in a lodge at Mt. Field, was originally posted to a Tasmanian Insects and Spiders Facebook group before promptly being spread to all corners of the internet.

“Possum-eating spider!” Latton wrote in the original post. “Taken by my husband at a Mt. Field Lodge.”

The pint-sized animal is a pygmy possum, which are quite a bit smaller than the marsupials you’d be likely to see in the United States and other Western countries, but the image is still undeniably haunting.

It’s a little bit difficult to get a sense of the scale of the image, but the tiny possum is likely only a couple of inches long. Still, that makes the spider even larger, and it’s not the kind of thing you’d want to see hanging from the wall of your home.

The arachnid, which is known as a Huntsman spider, can grow quite large. The upper range of their leg span approaches a full foot, making the larger specimens a truly intimidating sight.

Australia — and by extension, Tasmania — have a reputation for hosting some of the most frightening insects and other wildlife on the planet, and it’s photos like this that will ensure they keep that reputation for the foreseeable future.