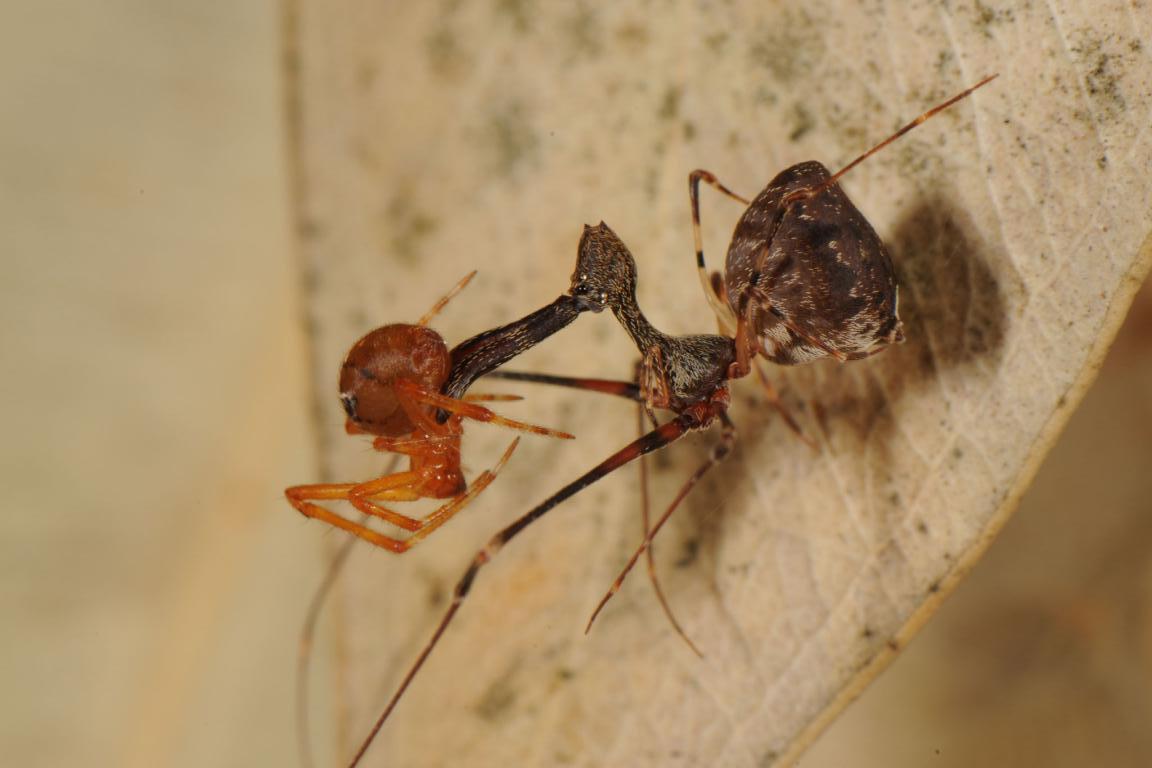 Spiders are horrific creatures. Most of them are tiny and easy to deal with, yet they’re so scary. Spiders are just as afraid of you as you are of them, maybe even more so. But it turns out that in Madagascar there are spiders that have more to fear than just humans: “Assassin” spiders are lurking all over, and they tend to kill their own kind.

These venomous creatures do not behave like regular spiders. Instead, they hunt other spiders, and they’re incredibly cruel about it. The spider-killing spiders have a special venomous arm of sorts that they use to impale their prey. Them, the hold the victim up in the air and watch as life fades away.

These spider-impaling spiders live in Madagascar, South Africa, and Australia. They’re called pelican spiders because their gigantic jaws resemble seabirds beaks, National Geographic explains. They’re also referred to as “assassin spiders” because they only kill other spiders. The special venomous pike helps them keep their victims at a safe distance so they can’t fight back as they die.

Interestingly, they don’t kill their own species. Instead, they only hunt and kill other types of spiders. The pelican spiders do not spin webs of their own either, but they might be equipped with “tech” that allows them to follow the dragline of silk that all spiders leave behind when they walk.

“They wander through the forest at night and they wave their first pair of legs like a pair of large antennae,” scientist Hannah Wood said. “They make these big figure-eights with them as they walk, and I think they’re searching for draglines.” Wood, who’s a curator of arachnids and myriapods at the Smithsonian’s National Museum of Natural History, described 18 new pelican species from Madagascar in a Zookeys paper.

The assassin spiders can use the web to lure in unsuspecting victims, impaling them once they’re within reach. It’s still a mystery why assassin spiders don’t attack each other, but apparently they can detect when they’re dealing with their own kind. Instead, they just give each other space. “If I had three [in a petri dish], they’d make a triangle pattern. Four make a square,” Wood said.

Come to think of it, a pelican spider might be useful around the house so it could hunt down all the other spiders. But then who deals with the pelican spider?