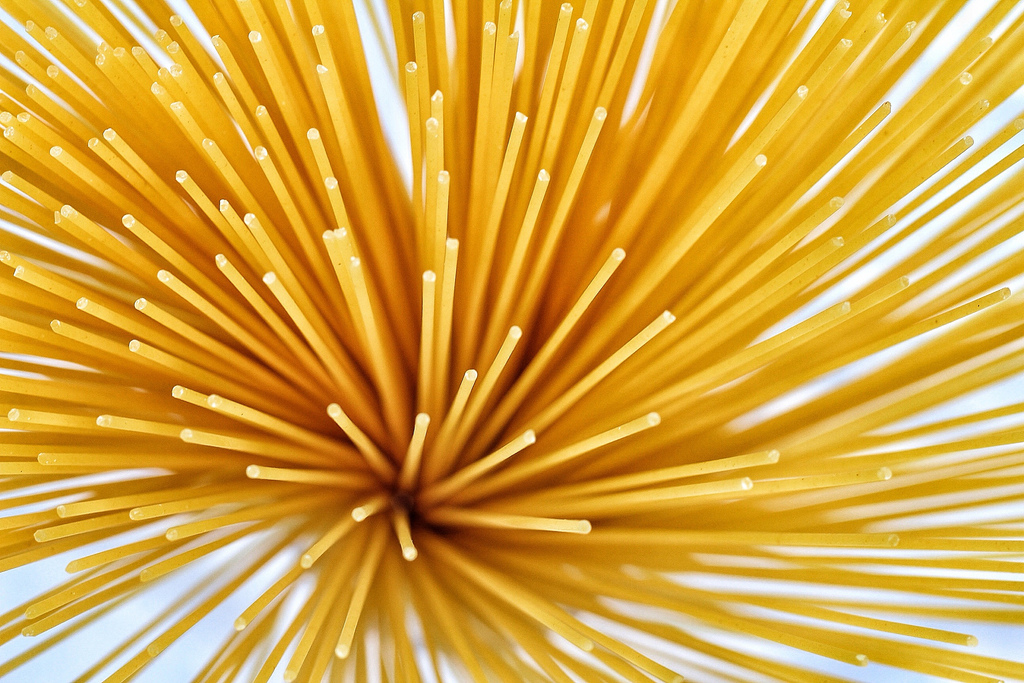 With all the incredible medical and technological advancements coming out of the scientific community these days you might not think that researchers would be spending time studying spaghetti, but you’d be wrong. In a new paper published in Proceedings of the National Academy of Sciences, MIT scientists explain how to correctly break strands of the stringy pasta in half.

If you’ve ever made spaghetti you’ll be very familiar with this particular problem: Dry spaghetti strands don’t fit perfectly in most stovetop pots. You can either drop them in at full length and let them hang over the edge as the bottom half goes soft to snap them in half, in which case you’ll end up with a bunch of smaller pasta chunks and a metric ton of tiny spaghetti fragments that aren’t good for much of anything.

Not wanting to pass up the opportunity to solve a problem, a duo of MIT researchers decided to test the mechanics that leads to dry spaghetti strands busting up into a million tiny chunks rather than two uniform halves. What they discovered is an issue that plagues many long, thin objects, and they’ve even come up with a solution.

“A well-known problem with direct implications for the fracture behavior of elongated brittle objects, such as vaulting poles or long fibers, goes back to the famous physicist Richard Feynman who observed that dry spaghetti almost always breaks into three or more pieces when exposed to large bending stresses,” the researchers write.

The fix? Add a twist to the pasta as you bend it. A twisting motion of approximately 270 degrees seems to be the sweet spot. This helps to control the stress on the object and results in a much cleaner split. “Our experimental and theoretical results demonstrate that twisting enables remarkable fracture control by using the different propagation speeds of twist and bending waves,” the team explains.

This all might sound a little silly, but the research has implications far beyond your dinner plate. The neat thing about experiments like this is that the knowledge gained can be used for other applications, and the results of the experiments can now be used as a foundation for better understanding the fracturing habits of other, slightly more important objects than spaghetti.