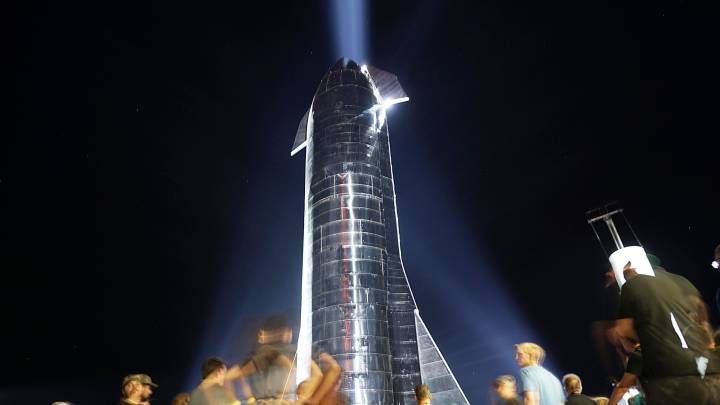 SpaceX is by far the largest and most successful private spaceflight company ever, and it’s been able to carve its place in the history books thanks to a lot of out-of-the-box thinking. The company pioneered reusable rocket boosters and successfully developed the Falcon 9, which has a ridiculously shiny record of spotless launches. The first stage boosters are recovered with such regularity that it’s a Falcon 9 touchdown is barely even news anymore.

What most certainly will be news is the construction and future launches from SpaceX’s Deimos and Phobos platforms, which the company will use in the future as launch sites for its various rockets. A new launch site might not seem like that big of a deal, but the location of Phobos and Deimos makes them pretty special. The two platforms are former oil rigs, and the plan is to perch them in the ocean and conduct launches from far offshore.

The company bought the oil rigs months ago and has been finding places where it can work on them. Right now, Phobos is sitting near Mississippi while Deimos is being worked on in the Port of Brownsville, located on the coast of Texas. Deimos seems to be the focus right now and in a new tweet from SpaceX boss Elon Musk, the debut of the launch platform is teased for 2022.

Ocean spaceport Deimos is under construction for launch next year https://t.co/WJQka399c7

SpaceX has plenty of places to launch its rockets, but as it moves closer and closer to pulling Starship out of its prototyping stage and into the light it’ll need more spaces for its launches. Early Starship prototypes have been small compared to what’s coming, and the engines powering those rockets are going to be very, very loud. The blast area will also be quite large, meaning that Starship launches will need more space than Falcon 9 ever has.

With that in mind, SpaceX wants its own Starship “spaceports” where it can launch and land its rockets whenever it needs to without worry so much about noise issues and the dangers of launching near populated areas. Instead of buying up a bunch of land and dealing with even more red tape than it already has to, the company has decided that building seaworthy platforms out of old oil rigs is the best bet.

It was originally thought that one of the two platforms might even be operational by the end of 2021, but that proved to be a bit too soon now that work has begun on one of the rigs. We’ll have to wait until at least 2022 to see launches from the platforms, and there’s a lot of work to be done between now and whenever that eventually happens.

SpaceX hopes that one day its Starship rockets will make regular trips to other worlds, including Mars. In that hypothetical future, platforms in the ocean like these two former oil rigs could see a lot of space traffic.