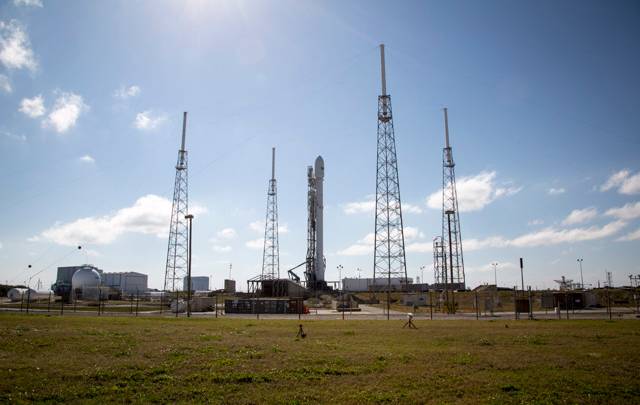 SpaceX has already had a very busy year. Its Falcon Heavy launch not only exceeded just about everyone’s expectations, but also reinvigorated interest in everything the company has been working to achieve for so long. On Tuesday, the company is scheduled to perform yet another high-profile launch. The reliable Falcon 9 will make its way skyward for the 50th time, which is an incredible achievement for a company who not long ago seemed more skilled at filming its own failures than successfully launching rockets.

This week’s launch is slated for March 6th with the launch window opening at 12:33am EST, and if successful it will carry a communications satellite into orbit that will serve portions of “Europe, North Africa, and the Americas,” according to Spaceflight Now. After opening, the launch window will remain open for approximately two hours, closing at 2:33am EST, at which point the launch will need to be rescheduled if it has not already taken place.

As Ars Technica points out, SpaceX’s Falcon 9 has reached the 50th launch milestone faster than NASA’s Atlas V and the Space Shuttle program. That’s a pretty remarkable achievement when you remember that SpaceX essentially started out from scratch, absorbing misstep after misstep on its journey.

The company has tweaked and altered its Falcon 9 platform over the years, optimizing the design from version 1.0 to subsequent versions 1.1 and 1.2. Its partial reusability allows for more rapid turnarounds between launches, as well as reduced cost for clients wishing to use SpaceX’s services to put satellites into orbit. The three-core Falcon Heavy is based on the Falcon 9 platform, and is essentially a trio of the rockets strapped together for combined power.

SpaceX has a busy month ahead of it. After Tuesday’s launch, its next launch is on March 9th when it will send a whopping 10 mobile communications satellites into orbit. Then, just a few days later on April 2nd, the company will launch a Falcon 9 and its Dragon spacecraft on a path to the International Space Station with supplies for the astronauts living there.