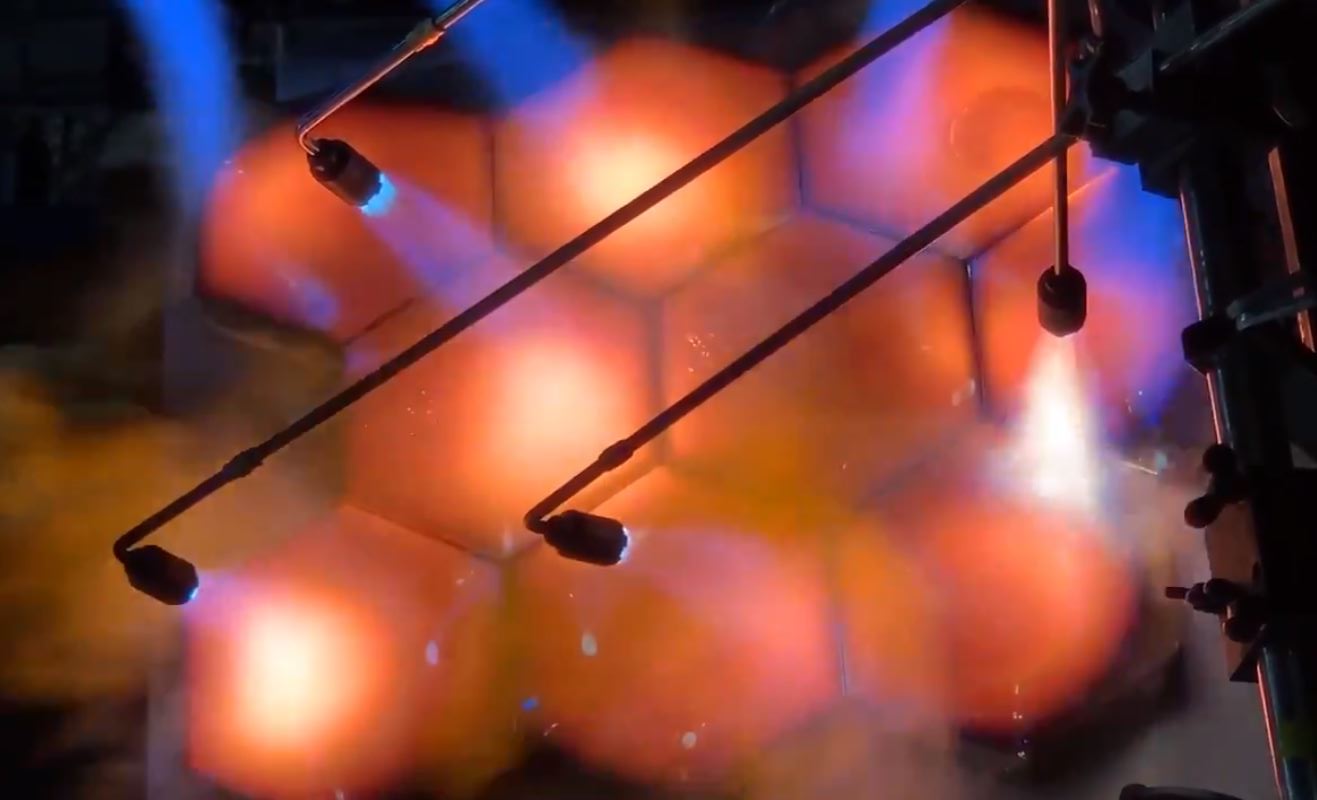 SpaceX has already had a fairly busy month, with the recent launch and docking of the Crew Dragon at the International Space Station giving the company a clear leg up over competitor Boeing, but that’s not the only high-profile project it’s been focusing on.

Starship, which is SpaceX’s long-term project that boss Elon Musk says will eventually ferry humans to Mars and beyond, is coming together nicely. Now, with 2019 promising huge leaps in Starship’s development, Musk is showing off the company’s testing of the spacecraft’s heat shield, which is one of its most vital components.

As a craft speeds back towards a touchdown with Earth it encounters intense friction as it enters the atmosphere. This friction generates an incredible amount of heat, and if a spacecraft isn’t equipped with a rugged heat shield it risks being obliterated by the mounting temperatures.

Like any other craft destined for a return to Earth, SpaceX’s Starship boasts a heat shield designed to take just about anything the atmosphere can deal out. Testing a component like this means flooding it with heat to simulate the forces it will encounter when it comes back to Earth, and that’s exactly what you’re seeing in the video above.

In subsequent tweet, Musk notes that the shield is tested at temperatures up to 1,650 Kelvin, or roughly 2,500 degrees Fahrenheit / 1,380 degrees Celsius.

Testing like this is especially crucial for SpaceX due to its ambitious plans for Starship. The spacecraft is being designed so that it won’t require any refurbishment between launches, meaning that the heat shield will need to endure multiple reentries without any downtime.

Starship isn’t quite ready to fly yet, but a small-scale test model of the spacecraft nicknamed Starhopper will be ready for its first test “hops” soon.