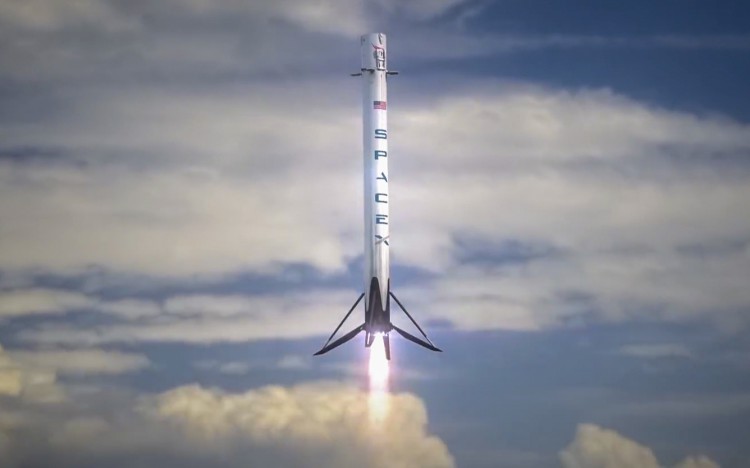 One of the biggest projects that SpaceX has been working on has been the development of reusable rockets that are able to land safely on the ground again, which would make space travel much more cost effective than it currently is. A big problem with space travel right now is that it’s very wasteful — the rockets that help propel space shuttles into the atmosphere fall off once they reach a certain height and are often completely unsalvageable after they crash back down to Earth.

This particular rocket was being used to deliver goods to the International Space Station, highlighted by the Bigelow Expandable Activity Module (BEAM), an expandable habitat that can grow up to five times the size of its compressed state after 45 minutes.

Here’s an image that SpaceX posted on Twitter of the rocket landing on the platform:

The 1st stage of the Falcon 9 just landed on our Of Course I Still Love You droneship. Dragon in good orbit pic.twitter.com/SYyUCDZE3k

NASA was quick to congratulate SpaceX for a job well done and to thank it for sending up the needed supplies:

Congrats to the @SpaceX team & @ElonMusk! Way to stick the landing & send #Dragon to @Space_Station. https://t.co/TCJCQljJBZ

Elon Musk graciously accepted their thanks:

@NASA @sgvcrime @SpaceX @Space_Station Thanks for your support! Looking forward to delivering the goods for you.

In all, this is a great achievement that should excite everyone who’s interested in the future of space exploration.

Here’s the full video of the entire launch. The landing sequence starts at around the 35:45 mark: