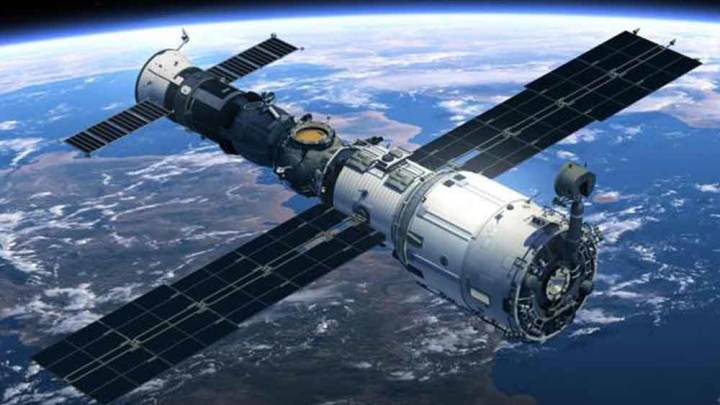 China’s Tiangong-1 space station is now just a big old hunk of space junk, and it’s going to fall back to Earth within days. When it does, it’s going to light up the sky in a fantastic display of manmade machinery meeting the cruel friction of our planet’s upper atmosphere, bursting into flames and incinerating the 8-ton spacecraft as it tumbles towards the surface. Chances are you won’t even know it happened until well after the fact, but if you happen to be at the right place at the right time there’s a slim chance you might be able to witness it for yourself.

A new writeup by Space.com explains how to best maximize your chances of seeing the space station streak across the sky. By using a variety of web tools, and keeping your fingers crossed, you just might get to see something that is truly a once-in-a-lifetime event.

A number of scientific bodies are tracking the space station’s path as its orbit decays to the point where gravity will yank it back down. Satflare is one of those organizations, and it has gathered all of the reentry predictions from numerous different outlets in an attempt to offer a comprehensive guide to tracking the tumbling space lab. At present, everyone is pointing to April 1st as the big day, with the actual event predicted to happen within varying windows of time ranging from 8 to 36 hours.

Satflare keeps its data as up to date as possible, so the predictions are constantly in flux, but they’re beginning to get very, very narrow. Keeping an eye on this site in particular will be your best bet at figuring out exactly when the space station will make its fiery dive.

But timing is just one of the factors you have to consider when trying to spot the space station’s deorbit. The other, of course, is location. Tiangong-1 is expected to reenter somewhere between 43° North and 43° South latitudes. That’s a huge area, and at the moment there’s no telling where in that wide swath it will actually drop. Thankfully, N2YO has an incredibly accurate real-time tracking tool that can show you exactly where the space station is in relation to the ground at any given moment.

The tool follows the space station’s path and forecasts exactly where its orbit will take it over the Earth’s surface. It also provides a nice countdown of when the satellite will be over your specific location. This will be an invaluable tool in pinpointing where to look if you happen to be in the general area where the space station falls.

The actual deorbiting of Tiangong-1 is expected to take around a half hour. That’s not a terribly long window of opportunity, so keeping on top of the reentry predictions and anticipating when and where the spacecraft will reenter is going to be very important if you hope to spot it.