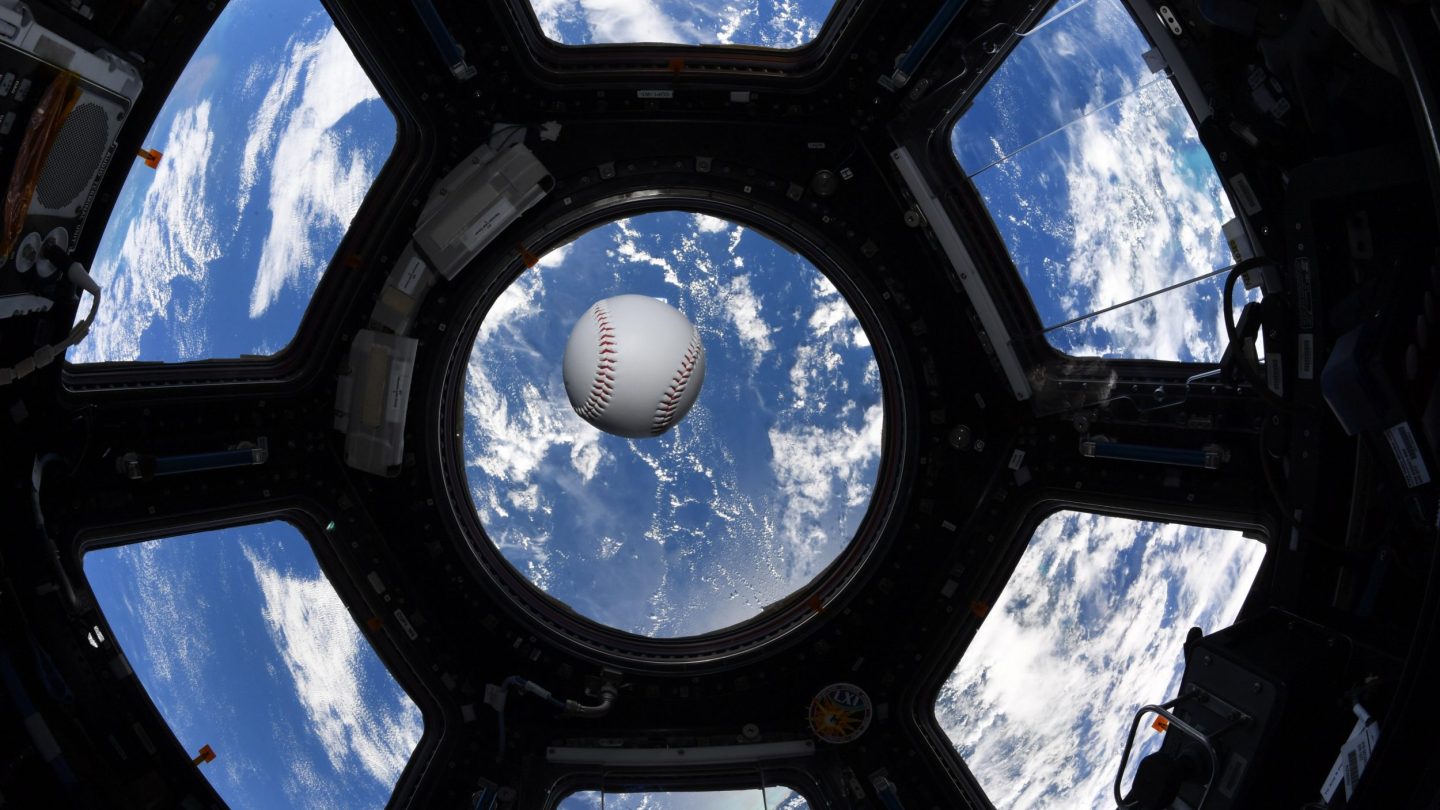 Astronauts who travel to the International Space Station have many responsibilities. They spend their days conducting various experiments, coordinating research efforts with scientists back on Earth, and performing maintenance on the space station itself. It’s a big job, but in their downtime, they like to enjoy the same things we do here on Earth, including America’s pastime.

In a fun little crossover between NASA, Major League Baseball, and Fox Sports, astronauts aboard the ISS took some time out of their busy schedules to play a bit of baseball. Of course, with gravity lacking and considering the cramped confines of the space station, the game had to be modified a bit, but it’s still recognizable.

The brief video was used as a promo during the World Series, so you’ll have to forgive Joe Buck’s promo during the clip, but it’s still a great look at what life is like when you’re cruising through Earth orbit.

Ever wonder what it would be like playing baseball in space?

Take a look at our friends from @Space_Station enjoying the game we love! pic.twitter.com/eEsy9LvWAb

The baseball being tossed in the clip is the real deal, but the “bat” is a clever bit of improvisation on the part of astronaut Andrew Morgan who seems to be using a large flashlight to strike the ball. He manages to connect on his swing and sends the ball back to pitcher Jessica Meir, while fellow astronaut Christina Koch plays catcher.

Later, Meir tweeted her own photo in honor of the World Series, showing the baseball floating in front of the windows of the space station.

This 17,500 mph fastball found its way to the @Space_Station cupola. We hope all are enjoying watching the #WorldSeries action back on Earth! pic.twitter.com/5EUq4OLKb6

As far as team allegiances go, it should come as no surprise that the NASA crew is rooting for the Houston Astros. Houston has long been an important place for NASA for decades and is currently home to Johnson Space Center and a variety of NASA facilities. The crew will surely be rooting on their team tonight as the Astros attempt to close out the World Series in game six.