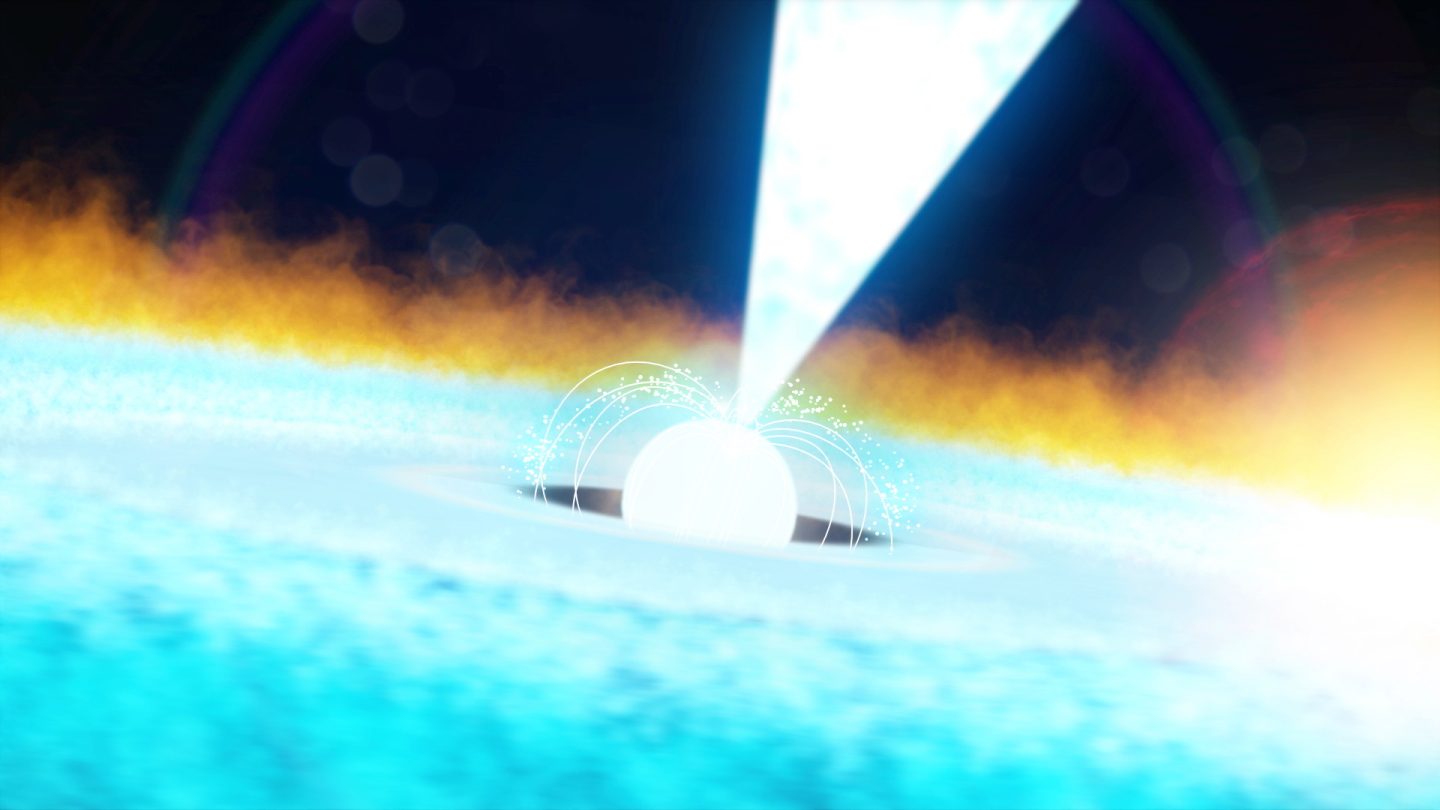 We’ve got it pretty good here on our little blue orb orbiting a relatively chilled-out star, but space is dark and full of terrors. In a new paper published in The Astrophysical Journal, scientists using data from NASA’s NICER telescope reveal the discovery of an absolutely massive energy burst spotted some 11,000 light-years away from Earth.

NICER, which is a high-tech sensor installed on the International Space Station, detected the incredible release of energy coming from a system known as SAX J1808. Unlike our own solar system, J1808 is a binary system, meaning that its heart is made up of two objects rather than one.

In the case of J1808, the primary object is a neutron star. Its companion is a brown dwarf, which is cooler than a star but larger than a planet. The neutron star, also known as a pulsar, gathers gas from the brown dwarf, and every so often this relationship results in a truly apocalyptic explosion.

The blast itself lasts just seconds, but the amount of energy released when the outermost layers of the pulsar detonate is mind-boggling. As NASA explains in a new blog post, it would take 10 full days for our Sun to release the same amount of energy as the pulsar beams into space in just 20 seconds.

“This burst was outstanding,” said lead researcher Peter Bult, an astrophysicist at NASA’s Goddard Space Flight Center in Greenbelt, Maryland, and the University of Maryland, College Park. “We see a two-step change in brightness, which we think is caused by the ejection of separate layers from the pulsar surface, and other features that will help us decode the physics of these powerful events.”

It was the largest X-ray burst ever detected by the NICER observatory, and it was spotted way back in August. Analyzing and interpreting the data takes time, of course, and the full paper describing the discovery was just recently published.