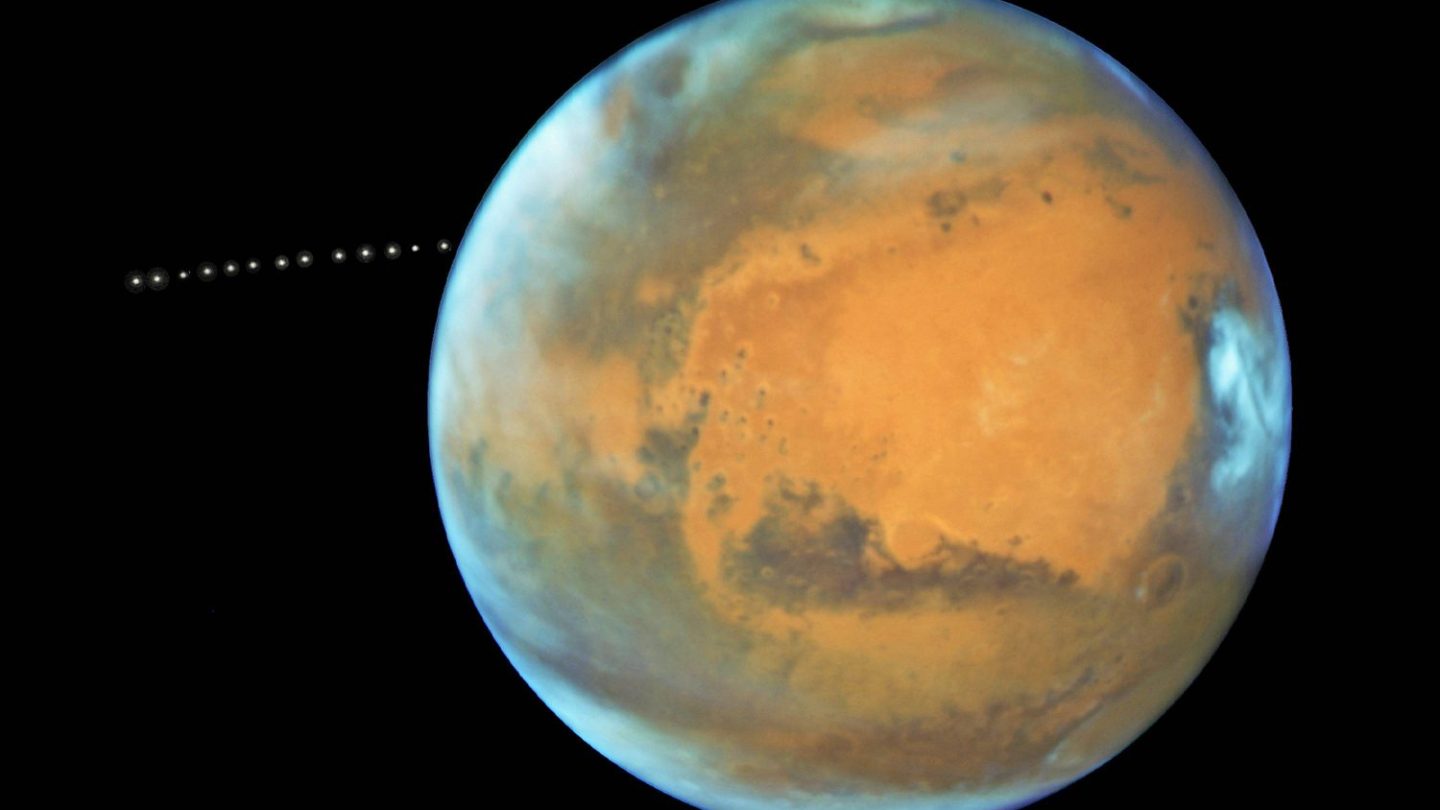 NASA’s Hubble Space Telescope consistently delivers breathtaking views of the planets in our galactic neighborhood, but when it set its sights on Mars recently for a series of snapshots it captured more than just Mars. After taking a series of 13 different images of the planet, astronomers realized that one of the tiny Martian moons, Phobos, made an appearance in the final photos as well.

The photos, which have been rendered as a timelapse in order to show the movement of Phobos in the background, are great shots of the dusty planet, and helps put the diminutive size of Phobos into perspective. The tiny natural satellite is just 16.5 miles wide at its widest orientation, and when compared to Mars it looks like little more than a speck of dust moving in the background.

However, despite its small size, Phobos is quite interesting. It’s an extremely speedy moon, completing a full orbit of Mars in less than eight hours. In fact, it’s so fast that it actually outpaces the speed of Mars rotation, and can lap the planet a full three times before Mars even completes its first spin. It’s the only moon in the Solar System that can claim that feat.

While NASA and other space agencies from around the world have spent endless hours studying Mars, they still haven’t reached a consensus on where its moons — Phobos and Deimos — came from. Once thought to be asteroids that were captured by the planet’s gravity, some researchers now believe the moons to be collections of dust and debris that was circling the planet and eventually formed oblong moons.