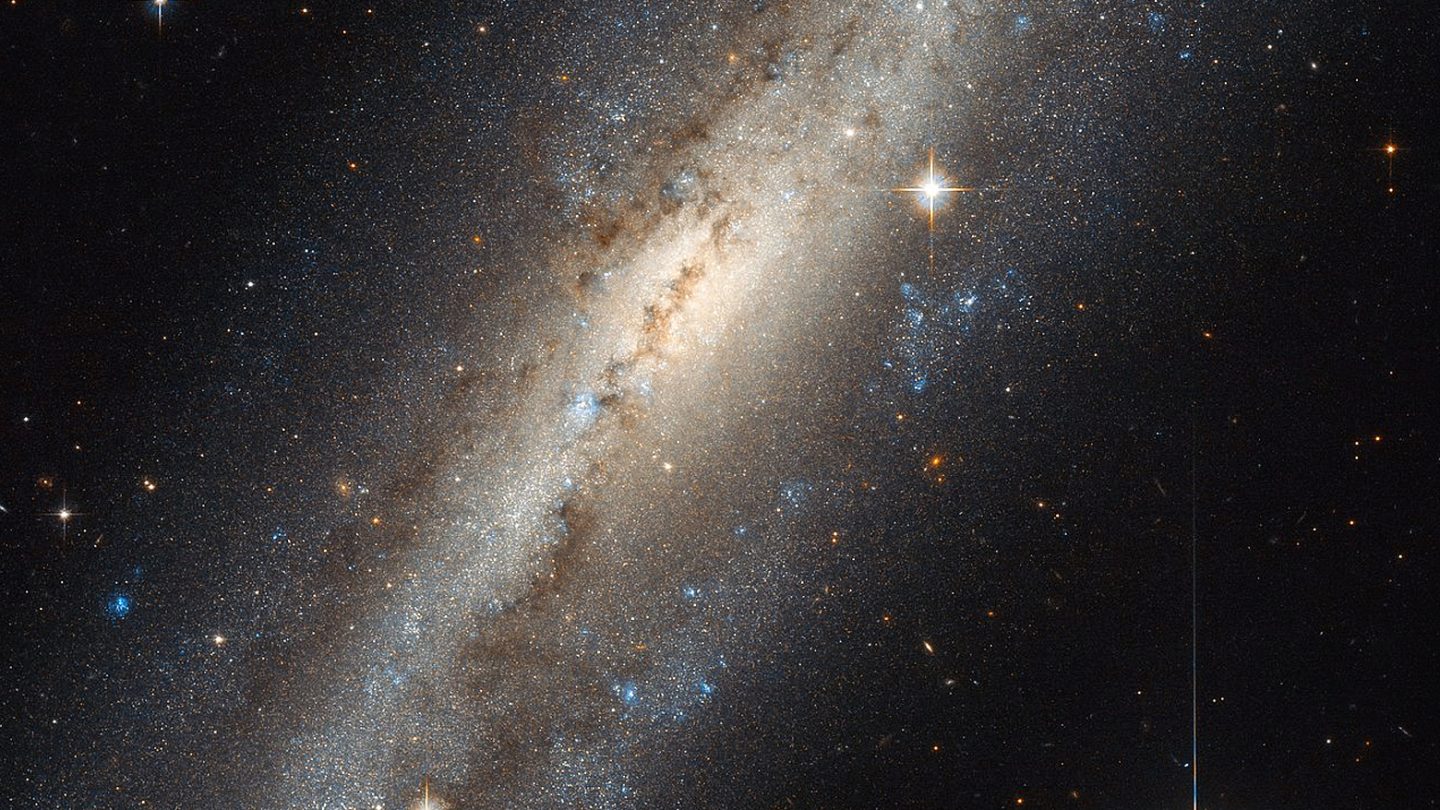 While you were sitting in your office this morning, sipping your half-milk soy latte, space was out there being awesome. It was there when you grabbed lunch at Chipotle, too, and again when you got stuck in traffic on your way home. Thankfully, the Hubble Space Telescope is out there, capturing ridiculously gorgeous shots like this one (full version) of a galaxy in the Andromeda constellation, so at least you can come home at night and enjoy some celestial eye candy while you binge on Netflix and drip Ben & Jerry’s on your couch cushions.

The galaxy, known by the very clinical name of NGC 7640, is what is called a barred spiral galaxy. NASA describes it thusly:

These are recognizable by their spiral arms, which fan out not from a circular core, but from an elongated bar cutting through the galaxy’s center. Our home galaxy, the Milky Way, is also a barred spiral galaxy.

The agency goes on to note that the photo, while spectacular, might not actually show a visible spiral due to the galaxy’s orientation to the Hubble’s location, making it more difficult to identify the crescent-shaped arms that extend from the bar.

NASA believes that NGC 7640 has “experienced some kind of interaction in its past,” which is really just a vague way of saying that something intense happened to it in the distant past, such as merger between two smaller galaxies. NASA studies these distant structures in the hopes of further developing our own understanding of how galaxies like our own were born and mature over time. Oh, and because the photos are fantastic.