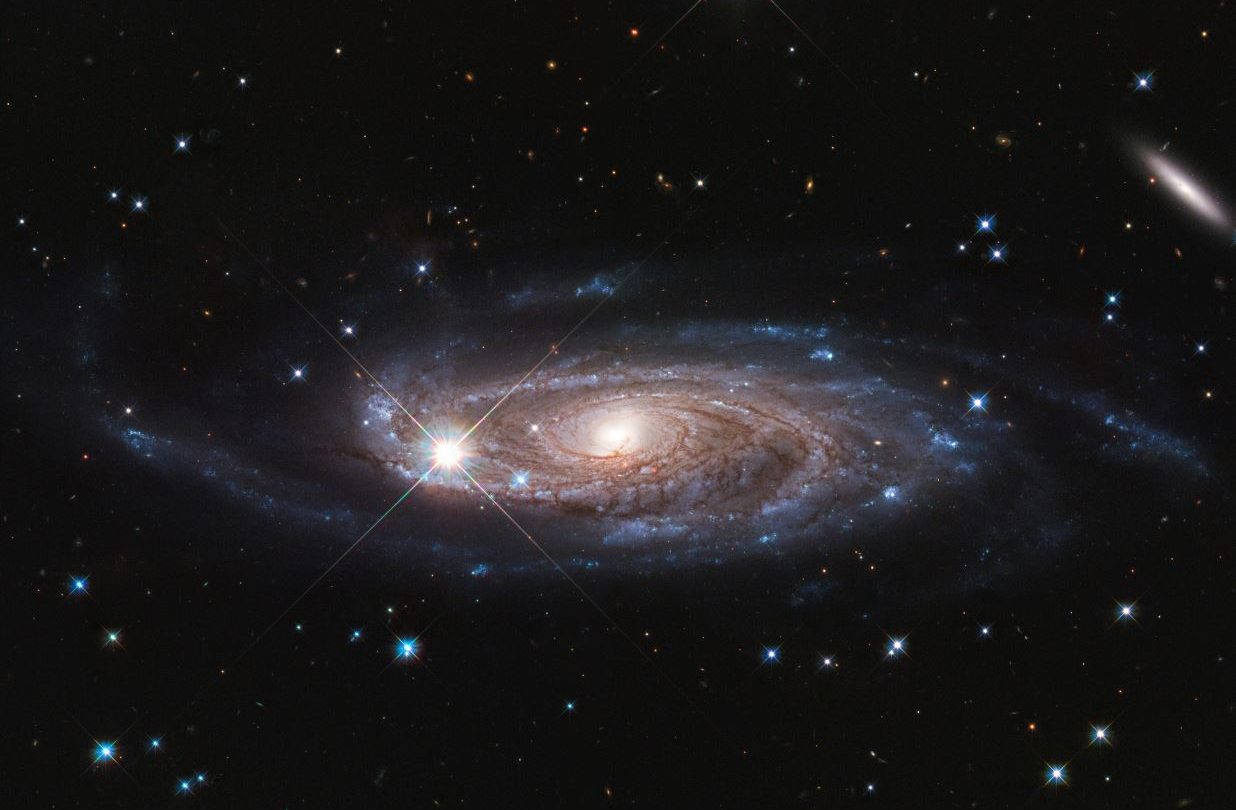 Image: NASA, ESA and B. Holwerda (University of Louisville)

We tend to think of our home galaxy, the Milky Way, as being impossibly large. To us here on Earth, our galactic home is indeed huge, but there’s always a bigger fish, and in a new image showcase by NASA, the trusty Hubble Space Telescope spots a galaxy known as UGC 2885, which is so large that it really puts ours to shame.

UGC 2885 is very, very far away. The galaxy sits some 232 million light-years from Earth, and it’s located in the constellation Perseus. The so-called “Godzilla galaxy” lives up to its name thanks to its incredible size. Not only is it estimated to be around 2.5 times a wide as our Milky Way, but it’s packing around 10 times more stars.

What’s particularly cool about this colossal, swirling mass of space stuff is that it’s actually pretty, well, relaxed. NASA calls it a “gentle giant,” and that it’s likely been sitting there, largely unchanged for billions of years. The galaxy is “possibly sipping hydrogen from space,” NASA says.

“This fuels modest ongoing star birth at half the rate of our Milky Way. In fact, its supermassive central black hole is a sleeping giant, too. Because the galaxy does not appear to be feeding on much smaller satellite galaxies, it is starved of infalling gas.”

Just how the galaxy got so large is a topic of debate among scientists. It’s possible that what we see now is the result of two galaxies merging, or a larger galaxy swallowing up one or more smaller collections of stars. NASA says that its long-delayed James Webb Space Telescope might have the power to reveal more of this huge galaxy’s secrets, but we’ll have to wait to see.