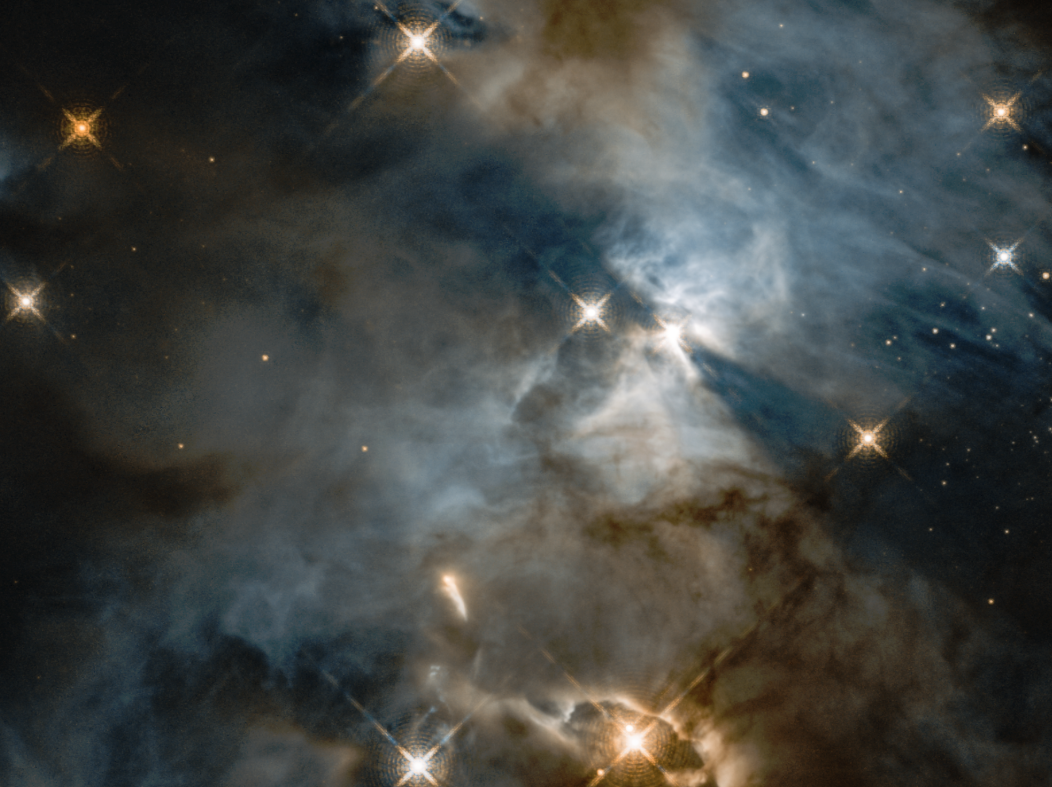 NASA’s Hubble telescope has sent back some stunning images of eye-catching sights in the sky, but shadows aren’t usually a highlight of the eye candy it produces. This image of a distant star is different, and the shadow it is casting isn’t just neat to look at, but might actually reveal what is hiding in places that we can’t see.

As NASA explains in a new post, the image features a star named HBC 672. It’s located around 1,300 light years away from Earth, but even at this distance, we can see the massive shadows poking out of either side of it. So, what’s shrouding its surroundings in darkness? NASA has a pretty good idea.

“This Sun-like star is surrounded by a debris ring of dust, rock and ice — a disk that is too small and too distant to be seen, even by Hubble,” NASA explains. “But like a little fly that wanders into the beam of a flashlight shining on a wall, its shadow is projected large upon the cloud in which it was born.”

The shadow is actually being cast by a narrow strip of debris that is orbiting the star. It’s material like this that eventually coalesces to form planets, moons, and other objects like we see in our own Solar System. But HBC 672 isn’t quite that far along yet.

“This is an analog of what the solar system looked like when it was only 1 or 2 million years old,” Klaus Pontoppidan of the Space Telescope Science Institute said in a statement. “For all we know, the solar system once created a shadow like this.”

If you could go back in time, our own system might have looked a lot like this, including the bold, pointed shadows attached to either side. However, at a distance of 1,300 light years, it’s unlikely that mankind will get a chance to study the HBC 672 up close any time soon. So for now we’ll just have to stare from afar.