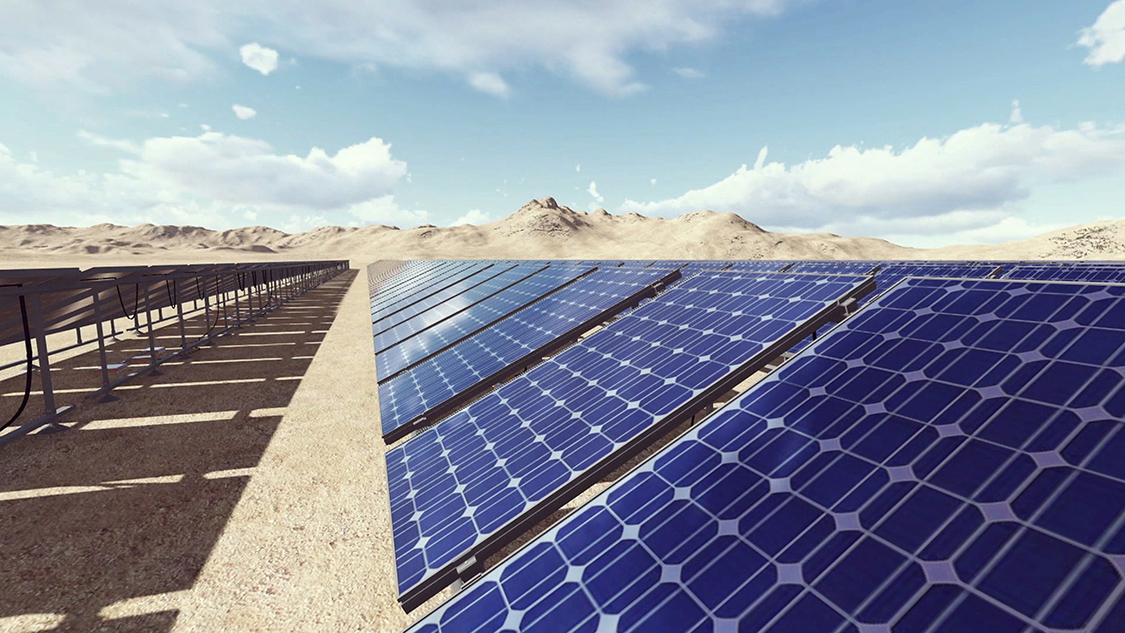 After hitting more than $7 million in reservations as part of a Reg A+ equity crowdfunding campaign and getting a stamp of approval from celebrity scientist Bill Nye, Santa Monica-based solar company Rayton Solar has some big plans for the future.

Its goal? Using particle accelerator technology to bring down the cost of solar panel manufacturing and hasten a transition of world energy usage to more of a reliance on solar installations.

It’s a tall order, to be sure. But founder Andrew Yakub has felt like the clock has been ticking for a while now, and he’s been thinking about this since Rayton’s founding in 2012 back when he was a design engineer at the UCLA Particle Beam Physics Laboratory.

In addition to that, he also had a solar installation company that depended on a federal grant program which was set to soon expire. Yakub saw there needed to be a better and lower cost way of installing solar.

What Rayton does, in short, is use float-zone silicon — the highest grade available, and also used by NASA. The company’s method involves use of a particular accelerator to produce extremely small silicon wafers, a process that Rayton says cuts the cost to manufacture solar panels by more than 60 percent. And it also creates panels that are 25 percent more efficient, the company says.

“And the accelerator is the core technology that makes all of this work,” Yakub says. “We can make 100 times as many solar panels for the same amount of silicon that’s used to make just one panel today. We can also use the higher quality, electronics grade silicon, and when you use that kind you get a 25 percent increase in sunlight conversion efficiency. So that means 25 percent less panels on your roof or in a solar farm. Twenty-five percent less land usage, and it also lowers the cost of the installation and racking systems.”

Rayton is a 7-person company right now, with a research facility in Santa Monica. Yakub estimates growing to 10 employees by the time its pilot production line is built in Los Angeles.

The company has an accelerator on the way that it’s purchased that’ll be arriving about nine months from now. Once that’s up and running, Rayton estimates another 12 to 18 months to be commercially producing solar modules.

The company got itself on Nye’s radar, because, well, it reached out to him. He came out, Yakub said, and “vetted the technology. It had to be something for him to really appreciate and get behind, to want to help us.” And help them he did, in part by making a video for them:

Meanwhile, Rayton’s team includes scientists, engineers, professors and entrepreneurs. The company’s plan is to sell to retailers, contractors and wholesalers who will then supply consumers.

Longer term, the plan is to build out the pilot manufacturing line — to get that up and running — and once Rayton is at that point, it can either scale up the technology and produce more or license the technology out to a larger manufacturer.

As context for the imperative behind its technology, Rayton cites an estimate from the International Energy Agency that expects renewable energy to be “the largest single source of electricity growth over the next five years.”

What’s more, according to the company, the global energy market is projected to grow to over $10.4 trillion by 2020. Twenty years after that, renewables are expected to command 60 percent of new capacity and two-thirds of power investment around the world.

With renewables on the way to becoming the primary method of generating power, Rayton wants to be a leader in the sector.

“I believe that by the year 2050, we’re going to have over 50 percent of the world’s energy coming from solar installations,” Yakub said. “And this technology will help get us there faster. We need companies to figure out how to mass produce this, at an increased level of quality and a decreased level of cost.”