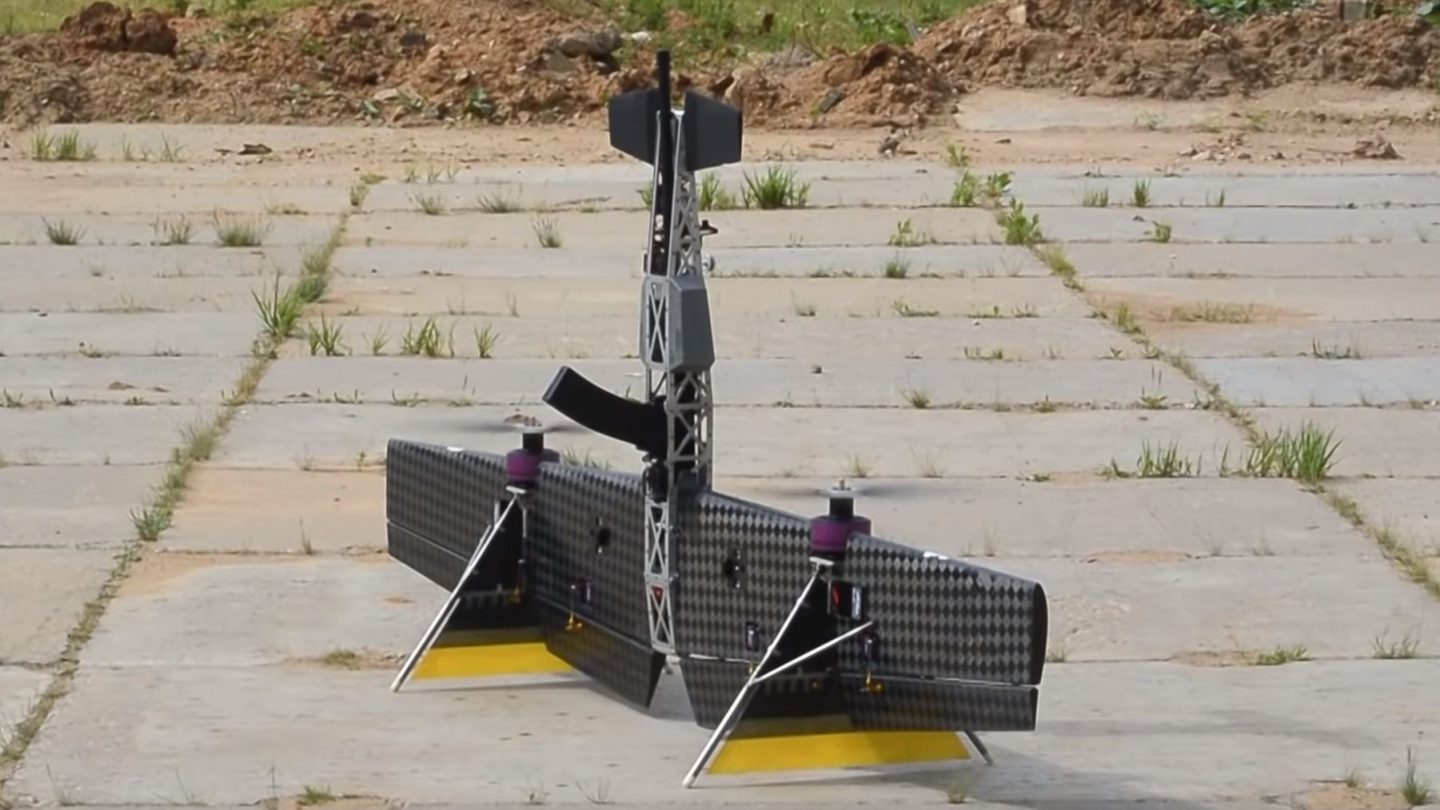 Military drones have existed for some time now, and while most of the time we imagine drones in wartime as surveillance tools or, in some cases, instruments used in precision strikes against an enemy force, Russia is developing drones that are essentially just guns with wings. If that sounds a bit silly, just wait until you see it in action.

In a new video demonstration, one such drone is shown carrying a 12-gauge semi-automatic shotgun, firing at airborne targets as it speeds along above the heads of its handlers. The drone which, as Tom’s Guide notes, is being developed by the Russian state-owned weapons manufacturer Almaz-Antey, is capable of some remarkable feats.

As you can see in the video, the drone doesn’t need a runway or any external propulsion to get it going. It’s capable of vertical takeoff, which means it can be used just about anywhere, and its builders claim it can fly for around 40 minutes before needing to stop for recharging.

What’s particularly neat (or scary) about this drone is that its navigation software allows it to make on-the-fly adjustments as it’s peppering its target with shotgun rounds. Its engineers say it will “continue moving behind the object” if it can’t seem to get a good shot on it, relentlessly hunting down its target until it’s been defeated.

It has an advance stabilization system built in that allows it to remain steady while firing its primary weapon, which is quite the accomplishment. Firing a 12-gauge shotgun produces significant recoil, but the drone seems capable of handling it without much issue.

Obviously with such a brief flight time and relatively short-range weapon on board, this is not the kind of drone that would be used in long-distance conflicts. However, in battles that take place over shorter distances it could be a useful tool that mimics the effectiveness of a human soldier while also being able to, you know, fly.