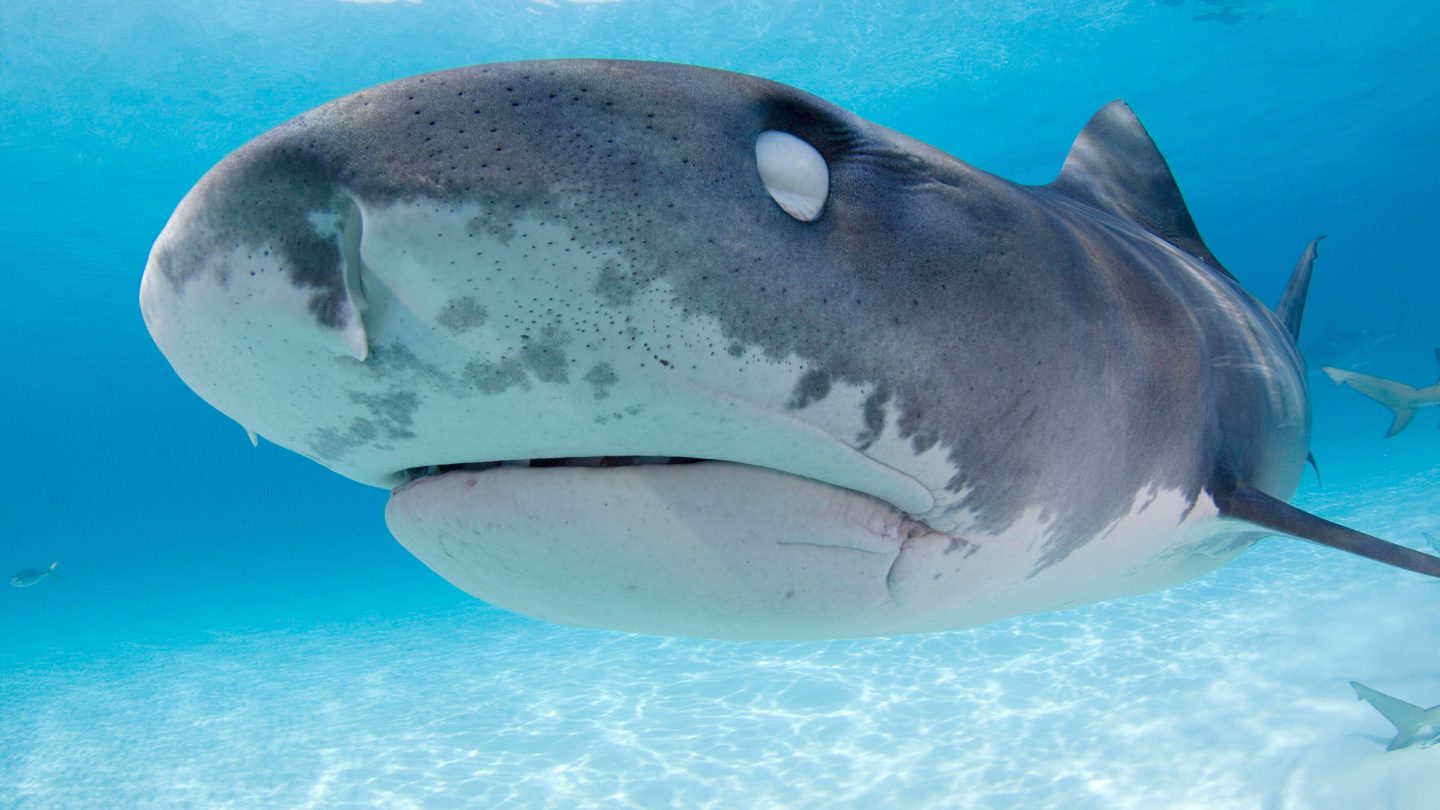 When you think of the diet of a shark you probably don’t imagine the top-tier ocean predators feasting on birds — and not sea birds, but the kinds of birds you might find in your own back yard. That bizarre finding is the result of a new study published in the journal Ecology, and it reveals something very interesting about the species of shark known for eating just about everything.

The study focused on the feeding habits of tiger sharks, which have a reputation for taste-testing whatever they come across. Upon examining the stomach contents of over 100 young tiger sharks, the researchers discovered that nearly half of them had feathers and other bird bits in their guts. But what was most surprising about the discovery was that the birds weren’t the kind you’d expect an ocean predator to be feasting on.

Sharks munching on sea birds would make a lot of sense. After all, a tasty meal sitting right on the water’s surface is a pretty obvious win for a baby shark. It wasn’t until the research team began to study the feathers in the sharks’ stomachs that they realized the birds weren’t the kind you’d normally see on the water at all, but were instead species like doves and sparrows.

It’s an interesting observation, but how do the sharks actually find these birds, and what were the birds doing in the ocean in the first place? The scientists believe they have an explanation for that, and it’s bad news for the backyard birds.

“The tiger sharks scavenge on songbirds that have trouble flying over the ocean,” Kevin Feldheim, co-author of the study, said in a statement. “During migration, they’re already worn out, and then they get tired or fall into the ocean during a storm.”

Put simply, the birds that end up in the stomachs of juvenile tiger sharks have really, really bad luck. They’ve already ended up in the ocean due to fatigue or were tossed there against their will by a storm, and without the ability to recover they become easy prey for hungry young sharks.