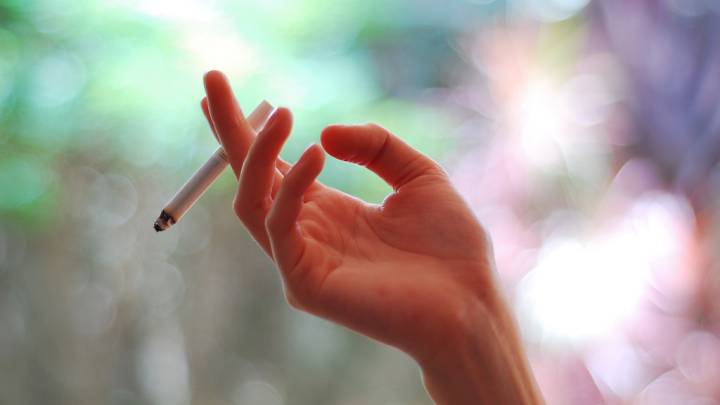 Smokers just can’t catch a break! First, we all learned of the obvious dangers of smoking cigarettes and then, not long afterwards, the effects of second-hand smoke became a topic of heated debate. Eventually science won out, demonstrating that second-hand smoke is dangerous to non-smoking individuals nearby. Now, a new study focused on the potential dangers of third-hand smoke has revealed that nasty chemicals and particles from outside of a non-smoking building can find their way inside on the clothing of people coming and going.

Those particles, the study suggests, have a habit of finding their way into the air and circulation systems of large buildings, spreading all around despite nobody inside the building ever lighting up a smoke. This means that “smoke-free” areas aren’t necessarily immune to the effects of smokers, even if everyone is playing by the rules, and the research could impact future smoking restrictions and bans.

“While many public areas have restriction on smoking, including distance from doorways, non-smoking buildings and even full smoking bans on campus for some universities, these smoking limitations often only serve to protect non-smoking populations from exposure to second-hand smoke,” Michael Waring, co-author of the study and associate professor in Drexel’s College of Engineering, explains. “This study shows that third-hand smoke, which we are realizing can be harmful to health as with second-hand smoke, is much more difficult to avoid.”

The study began with an air sample from a non-smoking classroom. The classroom, which has had a ban on smoking for years and years, was actually filled with chemicals associated with cigarette smoke, and the researchers discovered that nearly one-third of the aerosol mass (the particles floating around in the air that we never notice) was made up of third-hand smoke chemicals.

To help figure out how this could be true the researchers set up lab experiments where they tested the transport of third-hand smoke particles. They were able to demonstrate that even after fresh air has circulated through an area, the residue of the smoke remains, and those chemicals have the potential to once again become airborne.

“This means that our discovery was by no means unique to that classroom, in fact, it’s likely quite a widespread phenomenon,” Peter DeCarlo of Drexel University says. “What we’d actually uncovered was a new exposure route for third-hand smoke—through aerosol particles, which are ubiquitous in the indoor environment.”

The work, which was published in Science Advances, is an eye-opening look at how even supposedly “clean” indoor environments can still be contaminated by those who pass through. Future research is expected to focus on potential solutions to the problem.