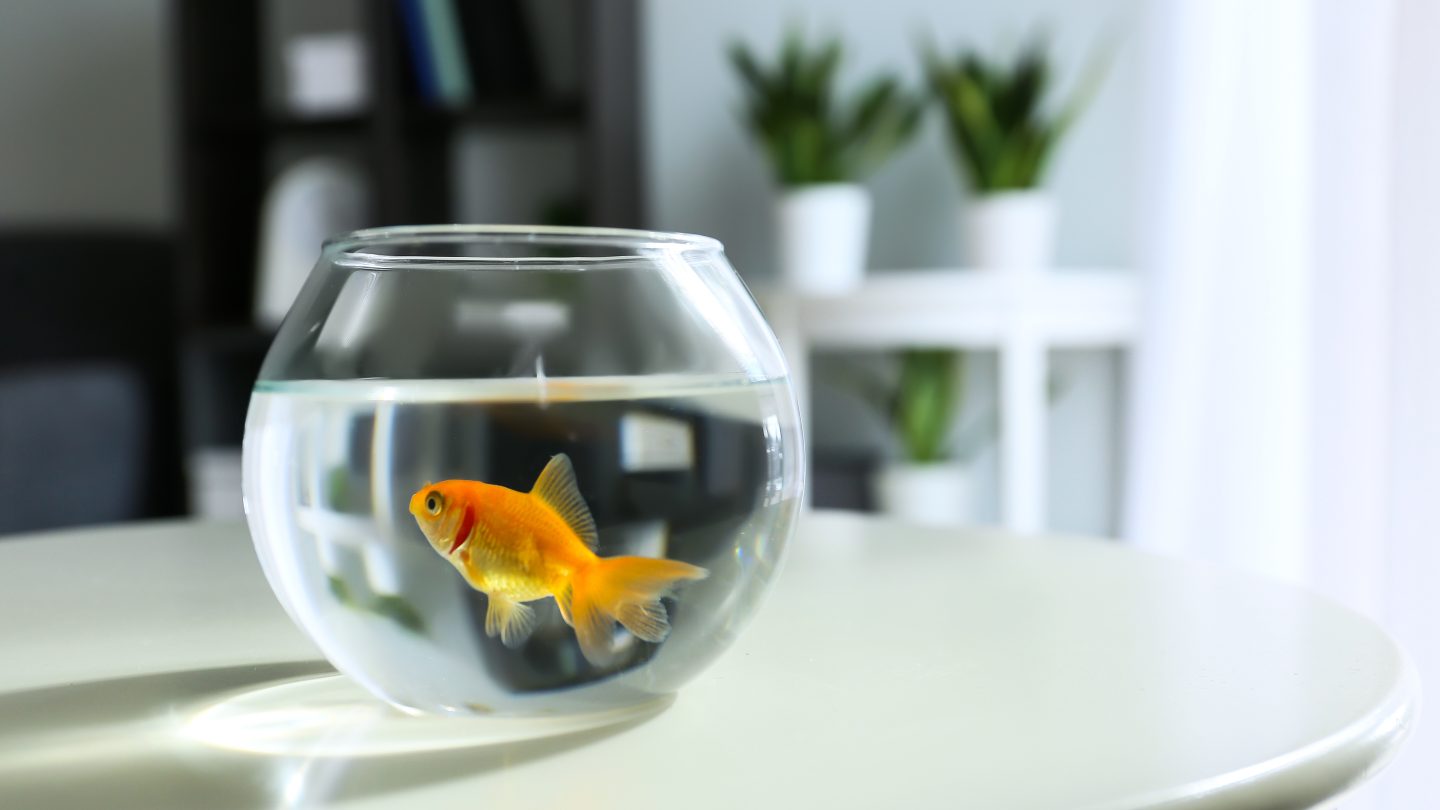 A new study from researchers has proven that goldfish are capable of learning how to navigate on land. No, they haven’t suddenly grown legs and started parading around in people’s backyards. Instead, the study showcases how researchers taught goldfish to traverse the land in a tank on wheels. The idea behind the study appears to have been an attempt to better understand animal navigation, including how animals change strategies to overcome certain obstacles.

Scientists made a fish operated vehicle

The tank that the researchers made is called a fish-operated vehicle, or FOV for short. It’s essentially just a tank attached to a wheeled terrestrial platform. The platform also has a LIDAR sensor, computer, and camera attached to it, to help process the animal’s navigational movements.

Basically, the platform works by moving in a direction based on where the fish is in the tank. Once they had it set up, researchers used color-coded environments to teach the goldfish how to navigate around a room. The results of these animal navigation tests are honestly intriguing.

Previously, researchers learned that goldfish are able to orient themselves using both allocentric and egocentric maps. Egocentric and allocentric are often used to help differentiate between two types of spatial information. For example, egocentric framing is when you frame the location based on the individual’s location in the environment. Allocentric framing, then, has to do with the general spatial information of the area, without taking the individual into account.

With this study, the researchers were able to dig a bit deeper into animal navigation as a whole.

What we learned about animal navigation

To teach the fish how to drive, the researchers used visual targets. These targets were easily observable through the walls of the tank. Using those targets, the goldfish were able to successfully navigate terrestrial environments. Scientists even tried starting the fish out in different parts of the room. Each time, the goldfish were able to successfully navigate to the target. This showed that animal navigation can continue even when the target has to overcome certain obstacles.

But what does it all mean? That’s a great question. The researchers set out to study how animals navigate the world around them. Using the information that they’ve learned; they can dig a bit deeper into how those animals learn and change their navigation habits based on their environment. In this instance, the fish had to overcome several challenges. First, it had to learn the motor skills needed to drive the vehicle.

Despite those challenges, the researchers were able to get the fish moving around the room quite well. As such, they say these behavioral results suggest that the fish has a level of universality in space representation, and its navigational strategies.