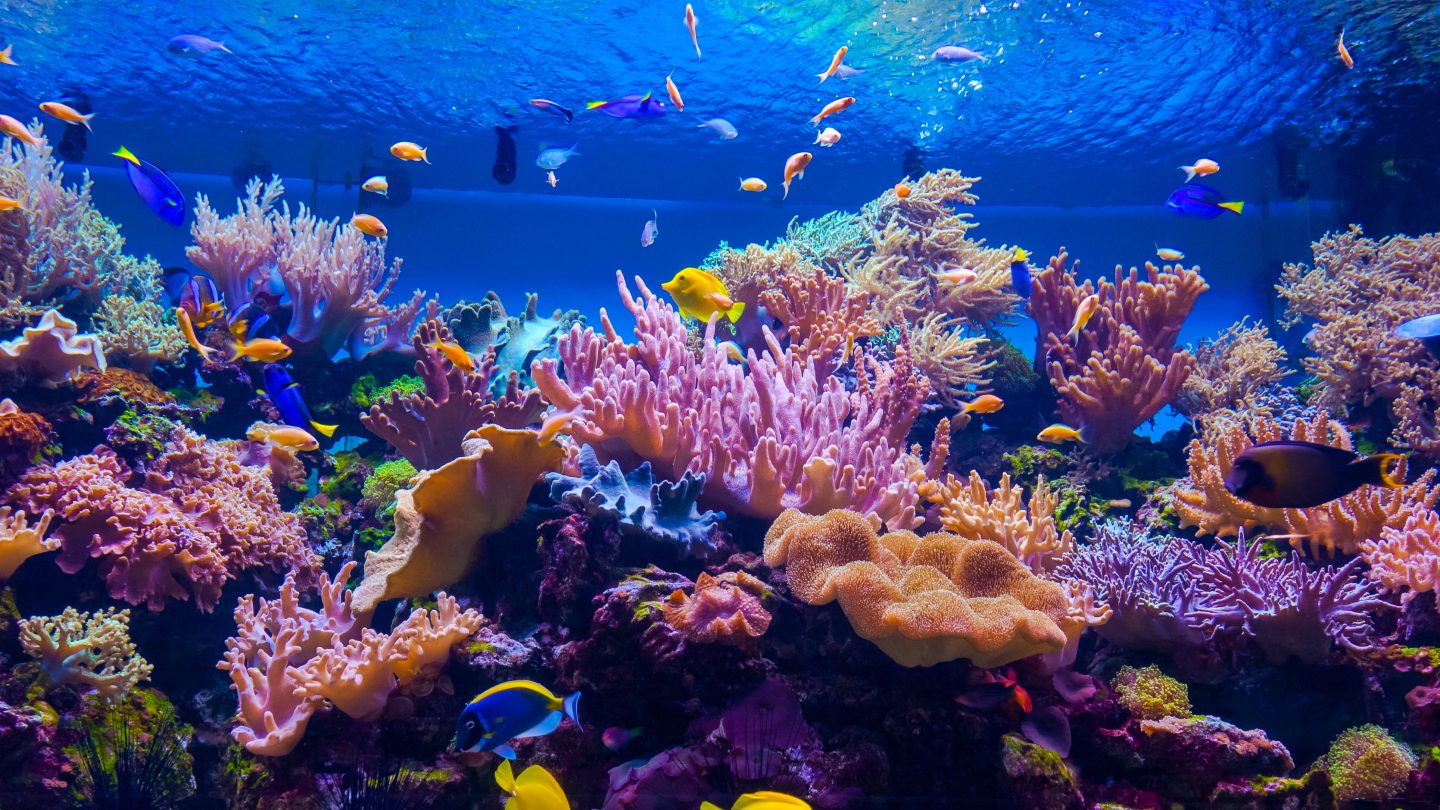 In a somewhat shocking turn of events, scientists have discovered a rare, untouched coral reef. They found the reef off the coast of Tahiti. It’s deep enough down that it’s considered part of the ocean’s “twilight zone”.

The “twilight zone” is essentially the depth in the ocean where there is just enough light to sustain life. Once you pass beyond that point, the ocean’s depths turn into a pit of darkness. The reef is located roughly 70 meters from the surface—around 230 feet. It spreads out for nearly two miles, though.

The find is extremely notable because of how rare untouched coral reefs have become, especially in recent years. The scientists spent over 200 hours studying the new reef. They used scuba rebreathers to dive down and get a close look at the different parts of the two-mile-long reef system. Because the reef was located so far down, guarding against narcosis or even states of drowsiness was vital in order to let the scientists study the reef.

During those 200 hours, the scientists found that the coral was indeed full intact and healthy, to boot. This, they said, is a sign the coral has survived for years as large reefs take anywhere from 25 to 30 years to expand. Finding this untouched coral reef so close to Tahiti is also a good indicator of how little we know about our oceans.

The oceans make up over 70 percent of the Earth’s surface. Yet, we’ve only mapped out around 20 percent of the ocean floors. With so much to explore, there could be other untouched coral reefs to discover.

While this discovery is exciting, it’s important to remember just how endangered our coral reefs are becoming. A study in 2021 found that over 98 percent of the Great Barrier Reef, the largest reef system we’ve discovered on the planet, had been impacted by coral bleaching. The bleaching has been directly tied to the effects of ocean warming we’ve experienced over the past two decades.

The scientists believe that the depth offers more protection to reef systems, like the untouched coral reef found near Tahiti. However, if the oceans continue to warm, that warmth may eventually spread deeper and deeper. Eventually, it would reach those deeper-level coral reefs. That would put pressure on the reefs and could lead to coral bleaching. Considering how catastrophic coral bleaching has been for the Great Barrier Reef, scientists say global warming continues to harm our planet in various ways. And, it could bring even more harm to our coral reefs in the process.

Still, finding this untouched coral reef is inspiring. In fact, because it is in such good condition, some hope it will inspire more conservational efforts. And, if we’re lucky, we’ll even start exploring the depths of the ocean more. We’ve already seen jellyfish with 30-foot arms. Who knows what else could be lurking in the depths of the waters that surround us.