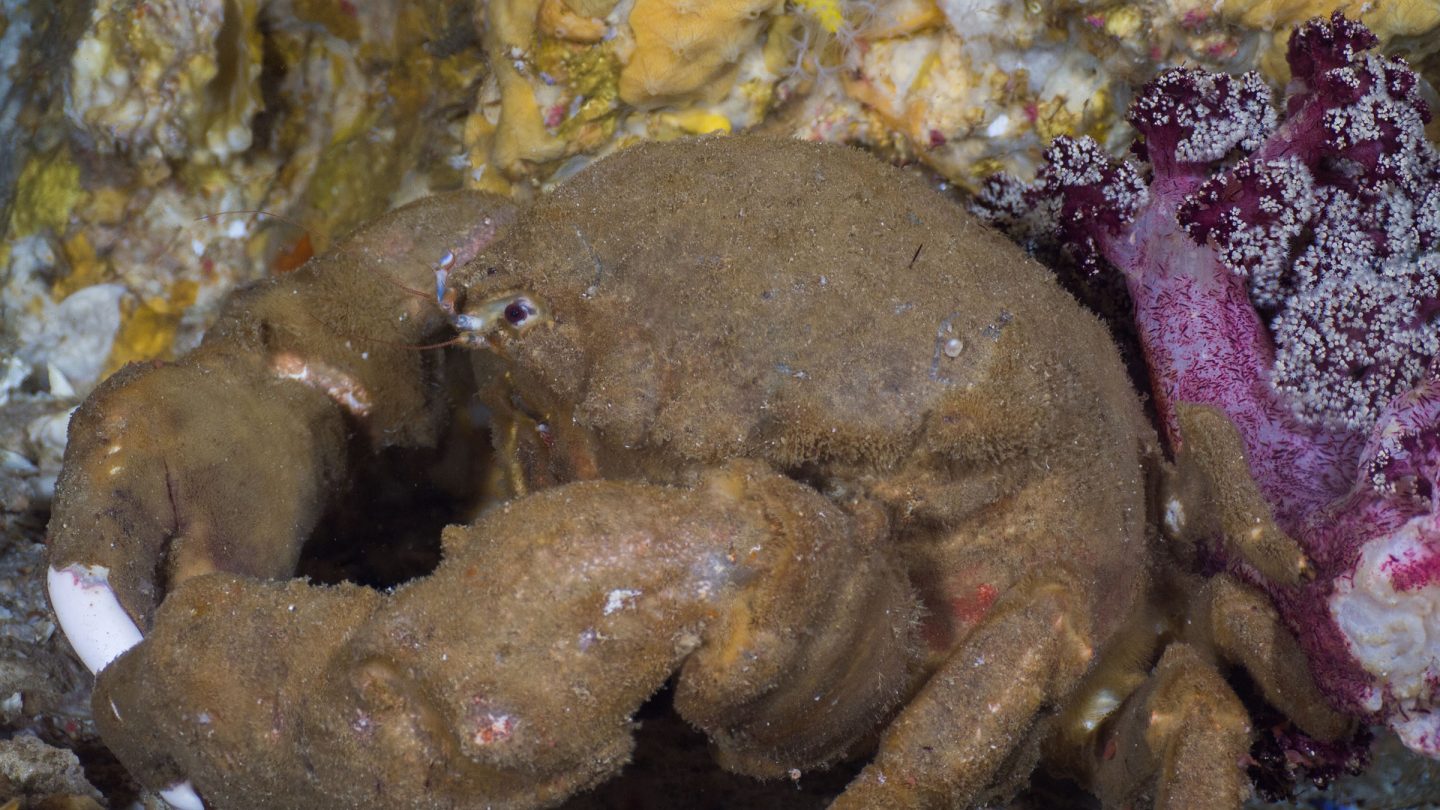 Scientists have identified a terrifying new species of hairy crab. The crab was first discovered by a family in Australia. It has since been identified as a never-before-seen species of sponge crab. These unique species of crab use their claws to cut off sponges and hair scraped from other sea creatures as a way to hide from dangerous predators.

The new species of hairy crab was first spotted by a family along the beach close to the city of Denmark, Western Australia. The creature had washed up on shore. The creature appeared similar to other species of sponge crab found in the area. However, it had one discerning trait that those other crabs did not: the hair that covered it was fluffier than usual

Andrew Hosie, a curator from the Western Australian Museum, told Live Science that the “extreme fluffiness was a give-away” for the museum. He also noted that sponge crabs are often hairy, but that hair is usually more like velvet or felt. This new crab had a shaggy, very fluffy texture to its coat. You can see a picture of the crab the museum shared with Live Science in the outlet’s article.

After looking at the new species of hairy crab himself, Hosie reached out to a well-known retired marine biologist who has studied sponge crabs for decades, Colin McLay. McLay confirmed with Hosie that the specimen was indeed a new species of sponge crab. As such, it was named the Lamarckdromia beagle, after the HMS Beagle, a vessel that carried Charles Darwin to Australia in 1836.

How the crab made its hair-like shell

This new species of hairy crab isn’t anything to be afraid of. Instead, scientists say the crab uses the hair and sponge-like layer it has amassed to protect and hide from predators. They also compared the specimen to other sponge crabs in the museum. Hosie and McLay discovered at least four additional specimens within L. beagle that hadn’t been identified yet.

Scientists say the crab uses their sharp front claws to collect bits of sponges and other material from sea creatures. They then use their back legs to hold the trimmings above their heads, to ward off predators. As time passes, though, the shell accumulates to cover their body, creating a hat-like structure. It’s this structure that earned the crabs their name.

The discovery of this new species of hairy crab is exciting. And it’s also a reminder that there is still so much left to discover on Earth. Scientists published a paper on the discovery in the journal Zootaxa.