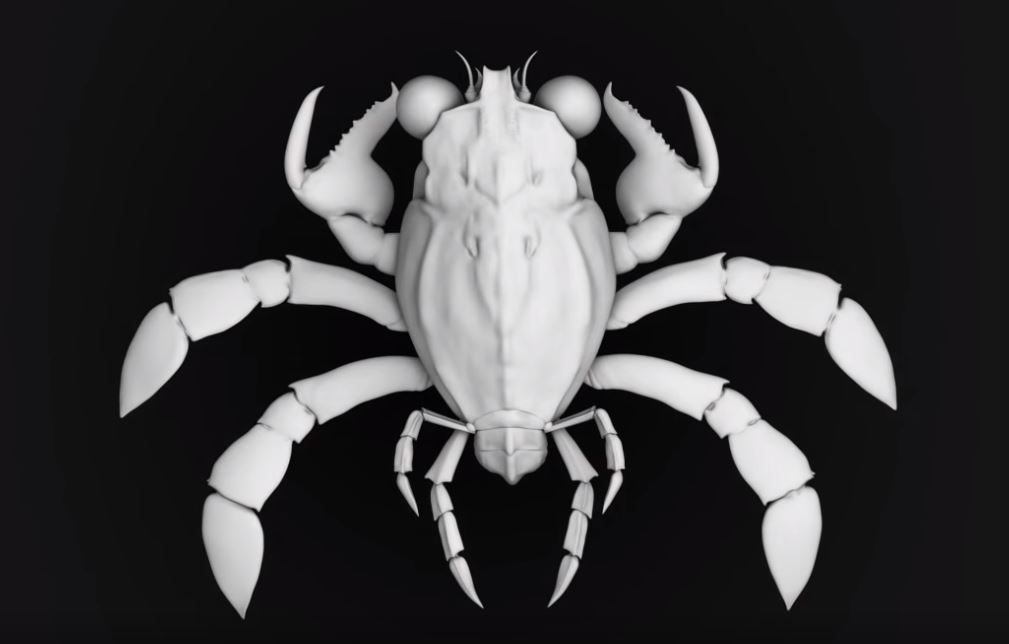 When researchers discover fossils of species that are new to science it’s only natural that they attempt to find a place for them in the colossal tree of life, matching them up with related species that may even exist today. A newly-discovered species of ancient creature is pushing that practice to its absolute limit.

Tiny fossils discovered in both Colombia and the United States reveal the existence of a pint-sized marine animal that lived some 90 million years ago. It’s being called a crab, but the researchers who discovered it are quick to point out how dramatically different it is from any other known crab species.

The species is so strange, in fact, that its discoverers offer a nod to its bizarre nature in its very name. The tiny crab has been named Callichimaera perplexa and, as its name implies, its discovery has been rather confusing to scientists.

With curved, paddle-like legs for swimming and a pair of massive, all-seeing eyes dotting its pointed face, it’s built like no other crab in the fossil record. It’s unique not only for the strange features it boasts, but also for the common crab features it totally lacks.

“Callichimaera perplexa is so unique and strange that it can be considered the platypus of the crab world,” Yale’s Javier Luque, who led the research, said in a statement. “It hints at how novel forms evolve and become so disparate through time. Usually we think of crabs as big animals with broad carapaces, strong claws, small eyes in long eyestalks, and a small tail tucked under the body. Well, Callichimaera defies all of these ‘crabby’ features and forces a re-think of our definition of what makes a crab a crab.”

It’s a fantastic discovery that reminds us that no matter how varied life seems on present-day Earth, our planet’s history is filled with more bizarre evolutionary forks than we can possibly imagine.