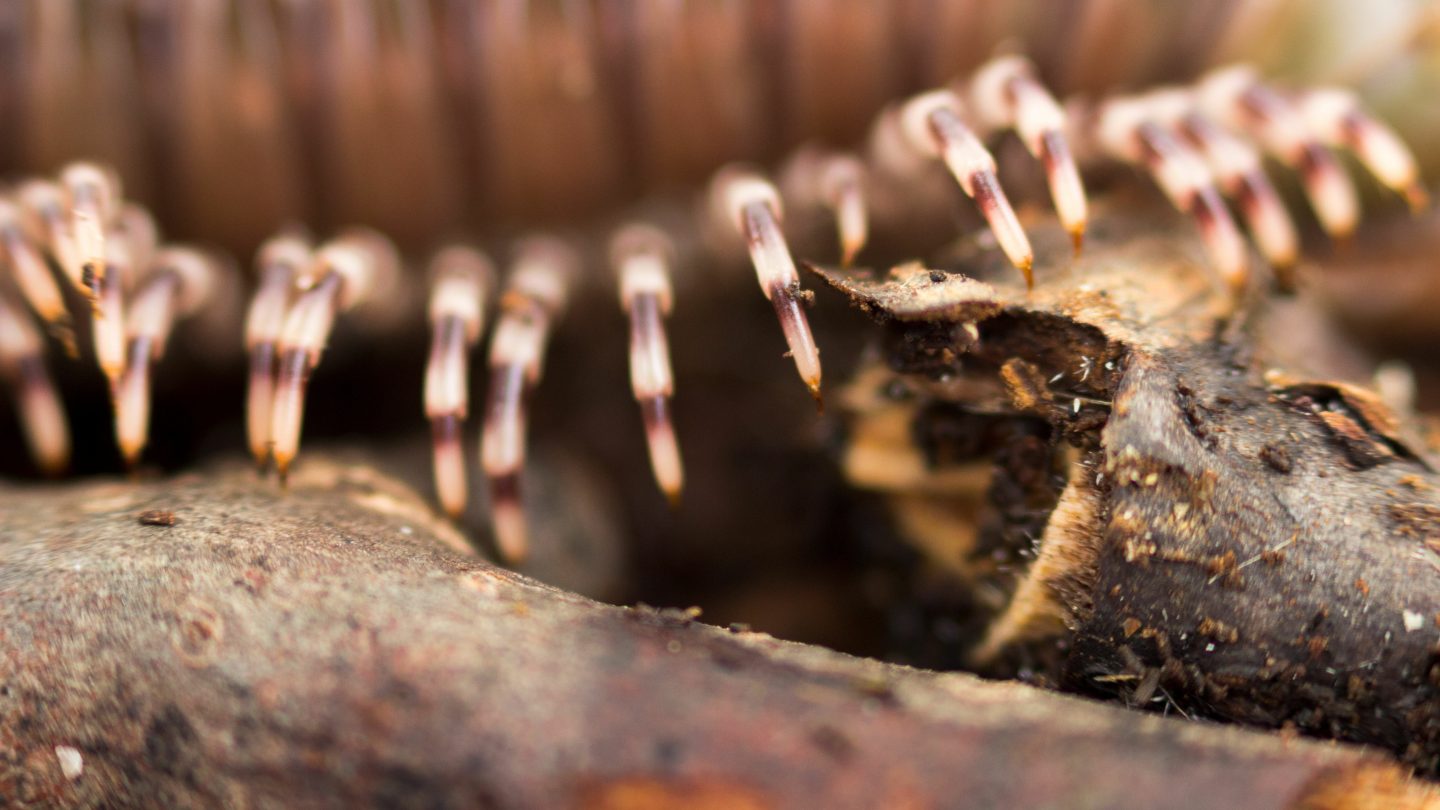 Scientists have discovered the first “true” millipede and it looks like it was pulled straight from the horror dimension.

Eumillipes Persephone is an eyeless millipede that has over 1,000 legs across its long body. Virginia Tech researchers found E. Persephone in the depths of Australia’s underground. Scientists say it’s the first super-elongated millipede from the country. It’s also the newest record holder for the animal with the greatest number of legs.

This 1,306-leg millipede looks like a horror movie monster

Eumillipes persephone is named after the Greek queen of the underworld, Persephone. Much like its namesake, E. Persephone looks like it crawled straight out of the depths of a hellish world. The researchers published their findings on the millipede in the journal Scientific Reports. The article gives us a good breakdown of what the millipede looks like and even provides some up-close photos that are sure to haunt your nightmares.

The researchers say that they found the millipede in the resource-rich region of Goldfields-Esperance, in western Australia. The creature’s native habitat is currently threatened by encroaching surface mining, so this discovery is even more important to protecting the environment than ever. They say that the new millipede belongs to the family Siphonotidae. But, it looks similar to millipedes from the order Siphonophorida.

What makes this discovery so intriguing, though, is this is the first “true” millipede that we’ve discovered. Scientists say that millipedes have lived on the planet for more than 400 million years. Up until now, though, the highest leg count that we’ve seen on one is 750 legs. That’s a far stride from the 1,000 that millipede typical stands for.

Now, though, with the 1,306 legs of the E. Persephone, we finally have a “true” millipede. Scientists say that these creatures only start out with around four legs. Over time, as they age, they add new segments, which include more legs. Researchers aren’t sure when they stop growing new legs, though.

Throughout the course of their research, the scientists captured several millipedes. They also say that they were only able to find these creatures by surveying geological drill holes created for mineral exploration. This provided them access to deeper, unexplored underground areas. The first millipede they found included over 330 segments. They also found that it had no eyes. That’s not surprising, considering the depth that they were found at. At levels that deep, creatures can’t rely on normal eyesight to see in the dark of the deep subterranean world.

This new discovery is a stark reminder that, despite all the advances we’ve made, there’s still so much we don’t know about the world that we call home or even how it came to be.