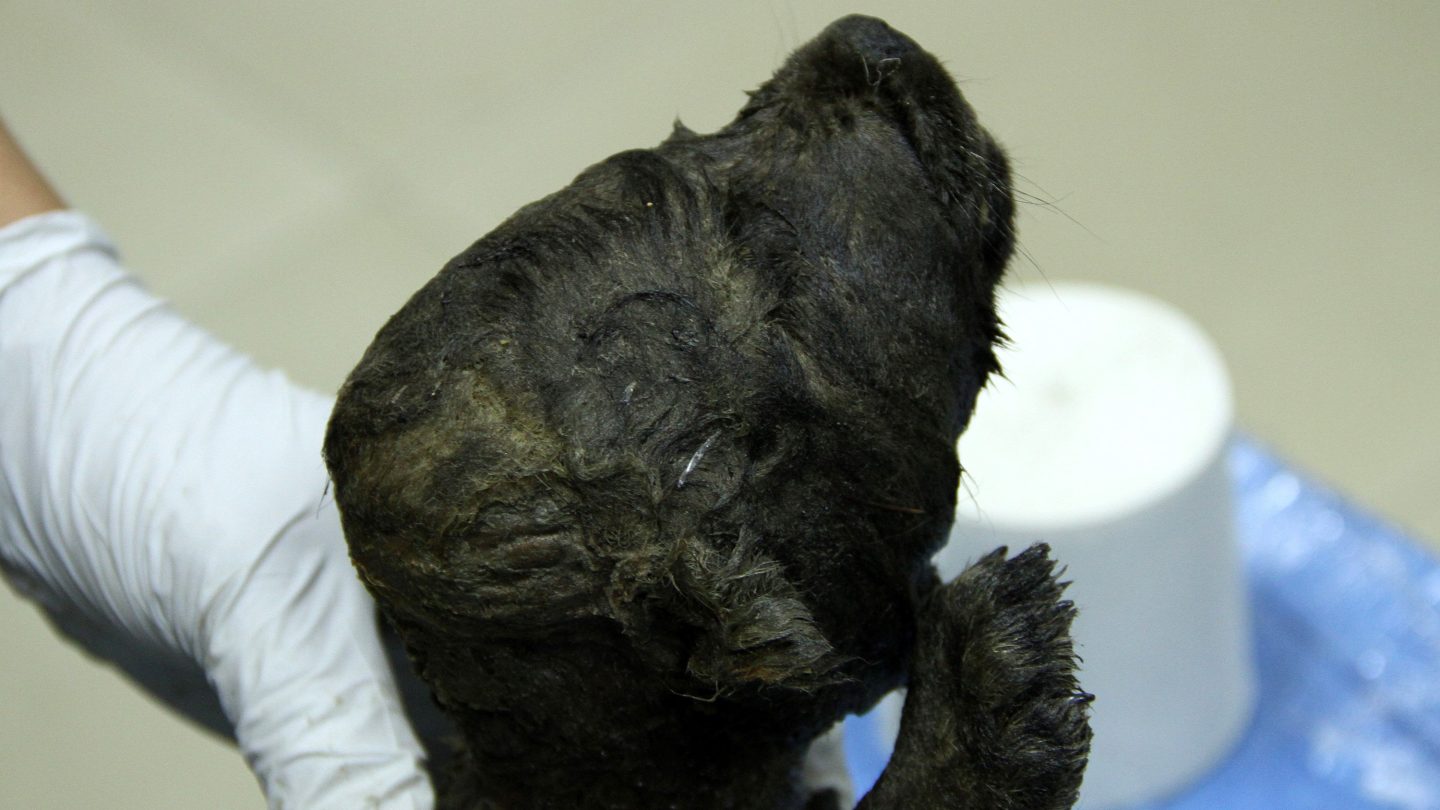 A pint-sized canine was recently unearthed in Siberia, almost perfectly preserved beneath the frosty surface. It’s believed to be around 18,000 years old, and it was only a puppy when it died. It presents scientists with a rare opportunity to study an ancient member of the canine family, but first, they have to answer one very important question: Is it a dog or a wolf?

That might seem like a trivial question, but it’s actually more complicated than you’d imagine. Normally it’s as easy as a simple DNA test, since scientists have a pretty good handle on the genetic makeup of domestic dogs compared to wolves. Early tests of this young specimen didn’t return conclusive results one way or the other.

Researchers have spent decades tracing the lineage of domestic dogs and believe Man’s Best Friend was domesticated sometime between around 19,000 to 30,000 years ago, give or take a couple thousand years. Researchers say that at 18,000 years old, this tiny pup might have even more complicated ancestry, perhaps a mix of wild and domesticated canines.

“It’s normally relatively easy to tell the difference between the two,” David Stanton of the Centre for Palaeogenetics explained in an interview with CNN. “We have a lot of data from it already, and with that amount of data, you’d expect to tell if it was one or the other. The fact that we can’t might suggest that it’s from a population that was ancestral to both — to dogs and wolves.”

Here is another amazing find from the Belaya Gora site!

Question: is it a #wolf cub, or possibly the oldest #dog ever found?

We are hoping to answer this by sequencing it's genome (it has 43% endogenous DNA).

But what do you think? pic.twitter.com/MTZ918GFBf

At this point, very little is known about the animal aside from its age and the fact that it was male. It may still be possible to narrow down the dog’s origins, but it’s going to take a lot of additional work. The researchers are currently planning to dive into the puppy’s genome in the hopes of shedding some light on its family tree.