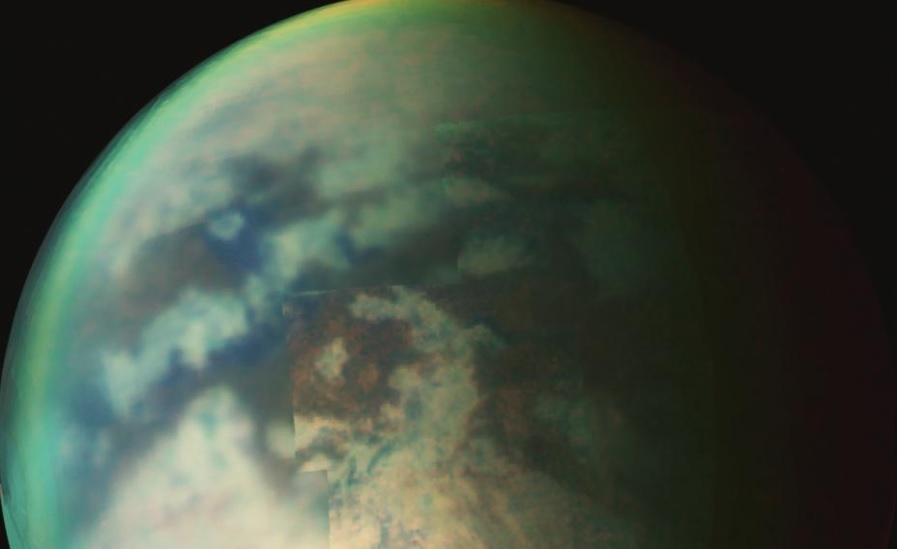 Like many of the larger bodies in our solar system, Saturn’s massive moon Titan has long been of interest to astronomers due to its unique surface features. NASA’s Cassini spacecraft, which studied Saturn for over 13 years, spent a great deal of time examining Titan as well, and data it gathered is still yielding new discoveries.

Now, a new paper published in Nature Astronomy reveals the existence of a rather peculiar feature of Titan that has remained hidden from view thanks to the moon’s hazy atmosphere. A massive strip of water ice dominates a huge portion of the planet’s midsection, stretching for nearly 4,000 miles, and its discovery has left scientists wondering what caused it.

Water ice was known to exist on Titan’s surface, but it was thought to be isolated to small, localized areas. Liquid lakes also dot its surface, some of which are incredibly deep, but they are filled with extremely cold liquid methane rather than water. 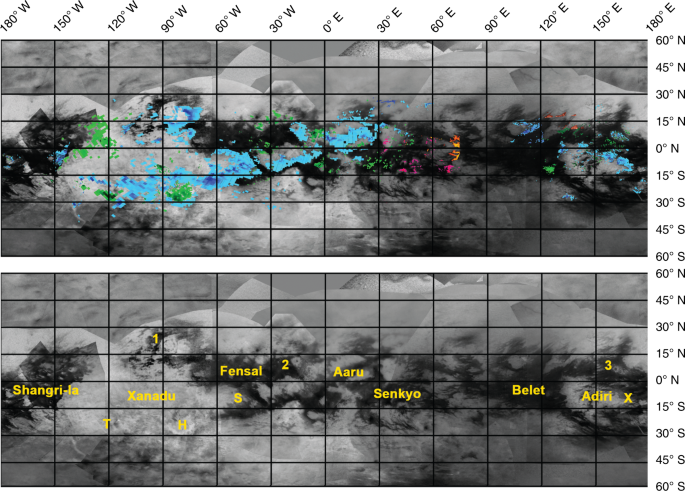 “Our analysis detected an ice-rich linear feature of bedrock, which extends a length equivalent to 40 per cent of Titan’s circumference,” the researchers explain. “This corridor is puzzling because it does not correlate with topography or measurements of the subsurface. Ice-rich terrains in other areas of Titan occur only in local regions excavated by craters or exposed by erosion, suggesting that cryovolcanism, if active, is currently not widespread.”

While researchers continue to examine what mechanics may be at play to allow such a massive stretch of water ice to have collected on Titan’s surface, the work that led to its discovery is definitely worthy of praise.

Cassini collected an incredible amount of data during its 100+ flybys of Titan, but mining that data for new discoveries takes time as well as novel approaches. The researchers used a technique called principal component analysis to identify and effectively cancel out certain aspects of the data that can overwhelm more subtle differences. This form of analysis acts like a filter, allowing the team to look past the most obvious features in Cassini’s scans and detect differences that might otherwise have been overlooked. In this case, a massive runway of water ice was hiding beneath the planet’s foggy face.