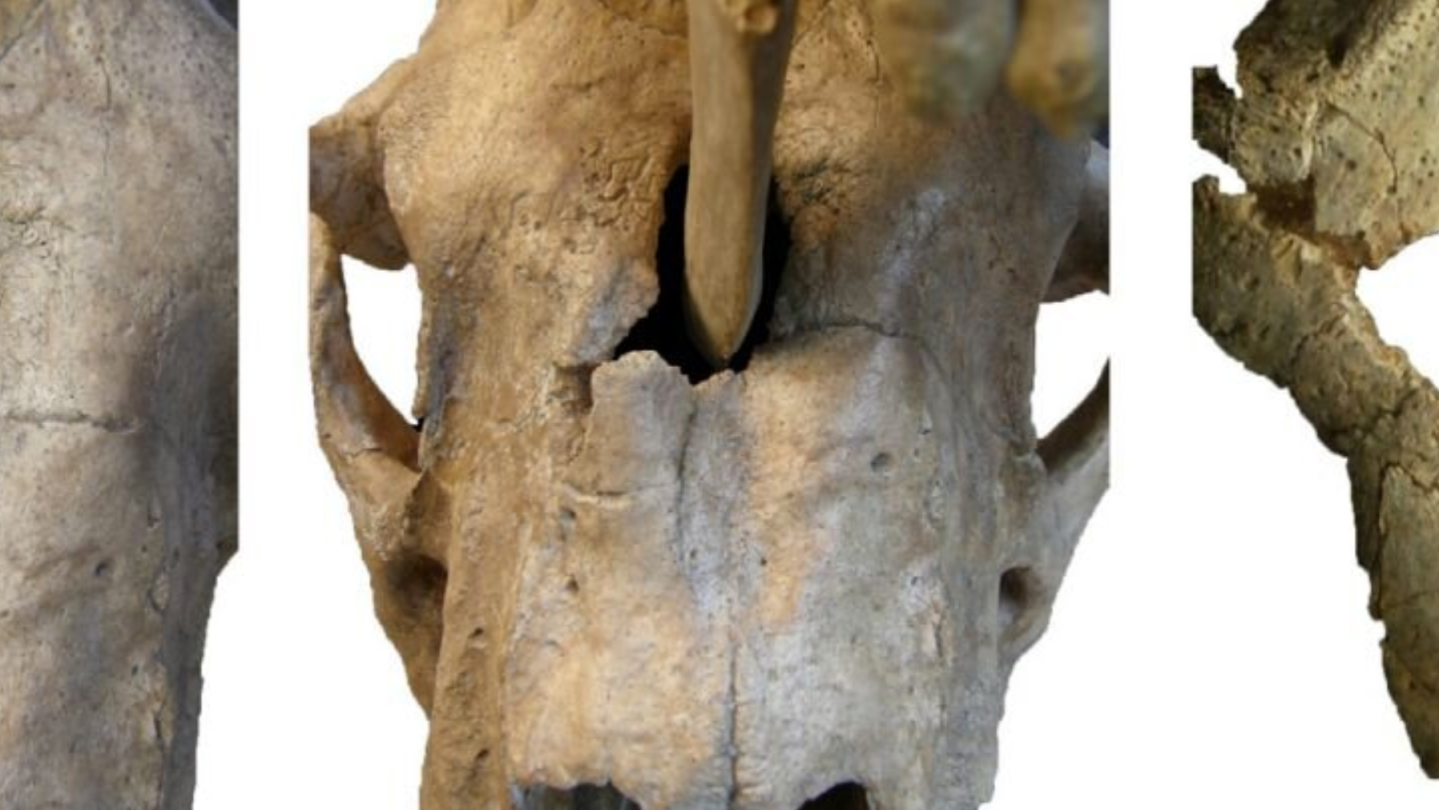 If you were transported back in time some 100,000 years there’s a good chance you’d run into any number of creatures that could rapidly end your life. One of those species was the saber-toothed cat, and while we may never know how aggressive the big felines would have been towards a human, new research tells us all we need to know about their potential killing power.

New research conducted by a team of scientists in Argentina reveals that the saber-toothed cat species Smilodon populator was equipped with teeth powerful enough to puncture skulls. In fact, the researchers have evidence of at least one such skull-busting incident, with fossils of one saber-toothed cat bearing the scars of a bite from one of its kin.

In a new study published in the journal Comptes Rendus Palevol, the researchers describe fossil evidence that includes a saber-toothed cat skull complete with a massive hole right in the forehead. That hole, the scientists argue, is consistent with a puncture wound from a big cat bite. The canine tooth from a mature saber-toothed cat seems to fit the wound perfectly, lending weight to this theory.

To be sure they weren’t just making a wild assumption, the researchers compared the teeth of other predators that would have been present at the time of the cat’s death. They found that no other teeth of the time period were a good match, and as we know that modern big cats are fiercely territorial and males have no trouble picking fights, it seems reasonable to conclude that the damaged skull was the result of a similar conflict that played out tens of thousands of years ago.

Saber-toothed cats were already one of the more intimidating of all ancient creatures, but knowing that they could probably put a hole right in your skull with a single chomp just adds to their mystique.