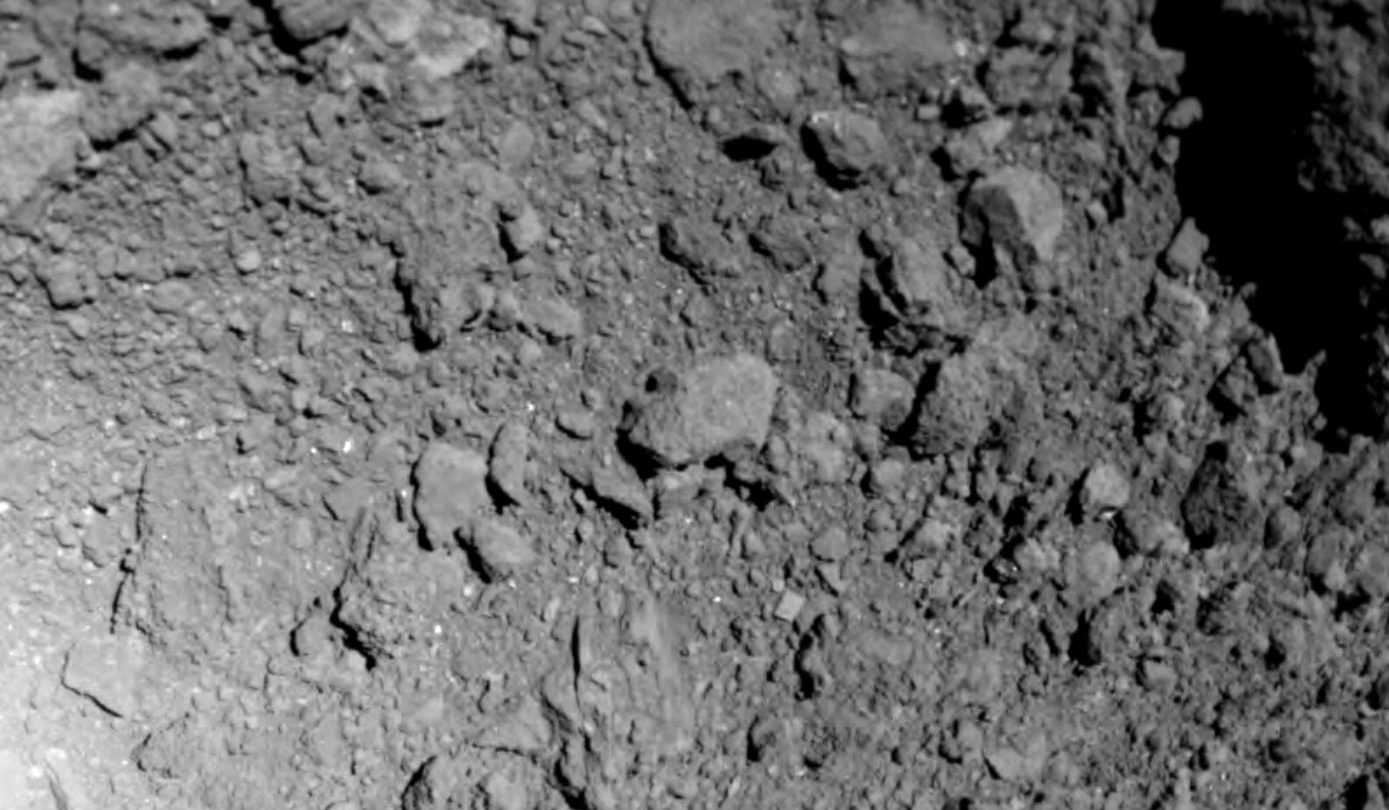 Japan’s space agency JAXA has had a busy year, but that’s par for the course when you’re controlling an asteroid probe orbiting a distant space rock. the Hayabusa2 spacecraft has been hanging out around the asteroid known as Ryugu for a little over a year now, and it’s made some big moves along the way.

The spacecraft has already collected samples of asteroid material that it will eventually bring back to Earth, but there’s still plenty scientists can learn about the makeup of the asteroid even without going hands-on. In a new study published in Science, researchers explain how images gathered by a tiny robotic lander deployed to Ryugu are revealing its Earth-like qualities.

After arriving at Ryugu, the Hayabusa2 probe deployed a tiny lander to its surface. It was called MASCOT (short for Mobile Asteroid Surface Scout), and while its batteries doomed it to a brief observational period of less than a day, the images it gathered after its tumble along the rock’s surface have revealed something very interesting about the makeup of its rocks.

Rocks appear either bright, with smooth faces and sharp edges, or dark, with a cauliflower-like, crumbly surface. Close-up images of a rock of the latter type reveal a dark matrix with small, bright, spectrally different inclusions, implying that it did not experience extensive aqueous alteration. The inclusions appear similar to those in carbonaceous chondrite meteorites.

This is of particular interest to researchers since such rocks are both familiar to researchers and also distinctive, with varying inclusions that tend to give each space rock a unique personality. The fact that scientists can now observe these rocks before they endure the intense inferno of entry into Earth’s atmosphere, and it’ll be interesting to see how samples from Ryugu differ from existing meteorites that have been collected on Earth.

Hayabusa2 won’t actually return to Earth until December of 2020 at the earliest, so scientists will have to wait and see what they can learn once they get their hands on the material samples. In the meantime, these photos will have to suffice.