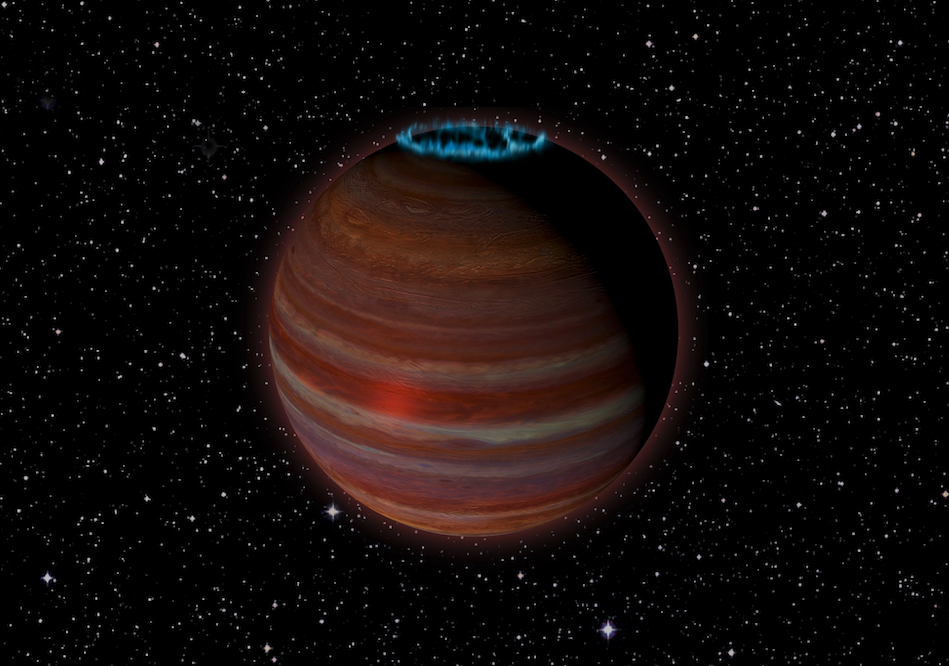 When astronomers are searching the depths of space for new objects it’s typically easier to find undiscovered planets if they’re orbiting a star. That’s because spotting the dips in the star’s brightness as the planet passes in front of it gives away its presence. Finding a solitary planet — called a “rogue” planet — is more difficult, but researchers just managed to spot one using a radio telescope, and it’s a real weirdo.

The planet is known as… *inhales* …SIMP J01365663+0933473. It’s an absolutely massive alien world that is nearly big enough to be classified as a brown dwarf. Brown dwarf planets are sometimes called “failed stars” because they’re nearly large enough for fusion to begin taking place in their core, but that’s not even the most unique thing about this particular planet.

What’s really special about that planet with the big long name is that it has a magnetic field 200 times stronger than even the mighty Jupiter. That’s an incredible finding, and it suggests that there’s some very interesting things going on above the planet’s surface. One of those things is a strong aurora, often called “Northern Lights” here on Earth.

Auroras on Earth are created when charged particles from the Sun interact with Earth’s magnetic field. This newfound world has no star in the neighborhood, and researchers still aren’t sure how planets like this are able to seemingly create their own auroras.

Another cool discover about this huge planet is that it’s just a baby. It’s thought to be only around 200 million years old, which makes it an infant in planetary terms, and its surface is boiling hot. If you were to stand on it (not a good idea) you’d be subjected to temperatures in excess of 1,500 degrees Fahrenheit. You’d have a bad time.

The planet is only around 20 light years from Earth, but it’s not really doing much besides relaxing in the vastness of space. We’d likely never have a reason to go there, but it’s kind of cool that it exists at all.