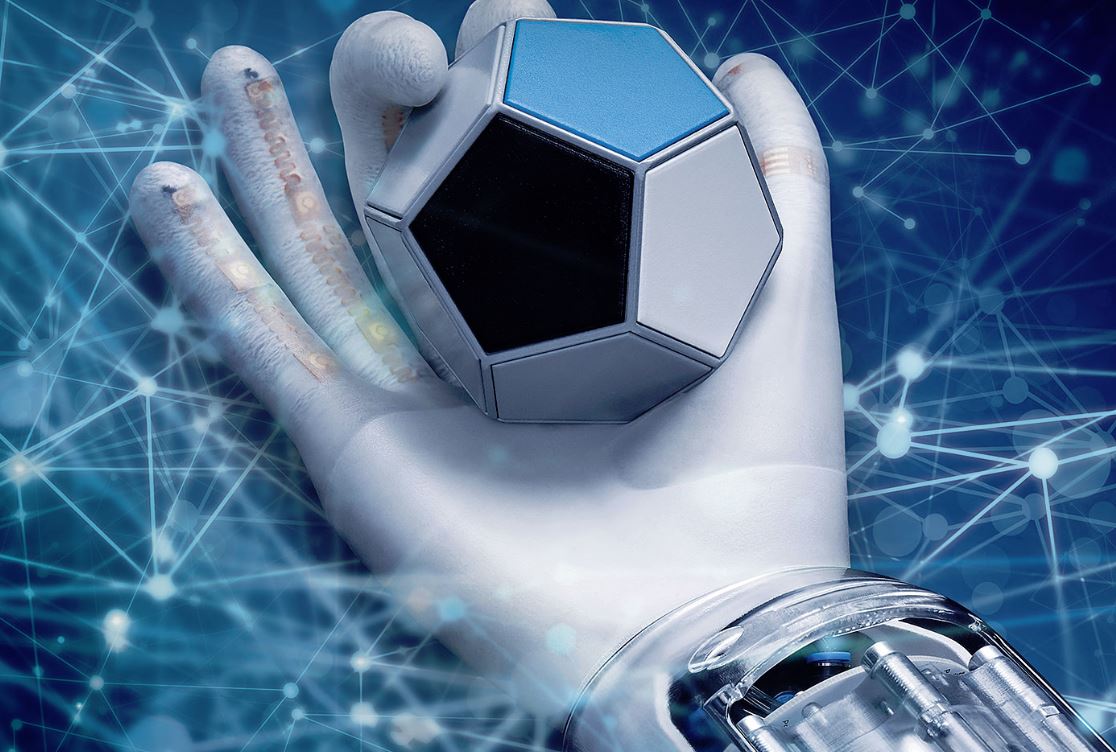 Robotic technology had come a long way in the past couple of decades, with more intelligent machines capable of superhuman feats that were once thought impossible. Robots are great at doing things humans can’t, but giving machines the ability to mimic humans instead of surpassing us has proven to be challenging in some very interesting ways.

One of the ways robots tend to come up short when compared to us meat creatures is in their sense of touch. You can make a human-shaped hand out of metal and plastic just fine, but our flesh allows us to manipulate held objects in ways that robots often can’t. Now, a new soft robot concept could help to change that, and to be honest it looks kinda creepy.

The robotic “BionicSoftHand” is pneumatic, meaning that it operates largely thanks to pressurized air. The exterior skin is soft and mimics human flesh, while the air-filled chambers that make up the digits allow it to grip and manipulate objects in a similar way to a human hand.

These softer hands are also equipped with tactile sensors that allow the software that controls it to sense touch. All the information that the hand gathers is processed on the fly via a motherboard embedded above the palm.

Machine learning algorithms teach the hand how to handle various objects via trial and error. It learns from its mistakes and can become more adapt at manipulating objects of various shapes over time. The company behind the hand, Festo, shows off a number of its abilities in a brief demonstration video which may very well give you a nightmare or two.

The hand is just one part of a larger robotics effort Festo is currently undertaking. The company is also working on bionic soft “arms” capable of lifting significant weight, and Festo imagines such systems being useful in applications where humans might need ” a helping third hand.”