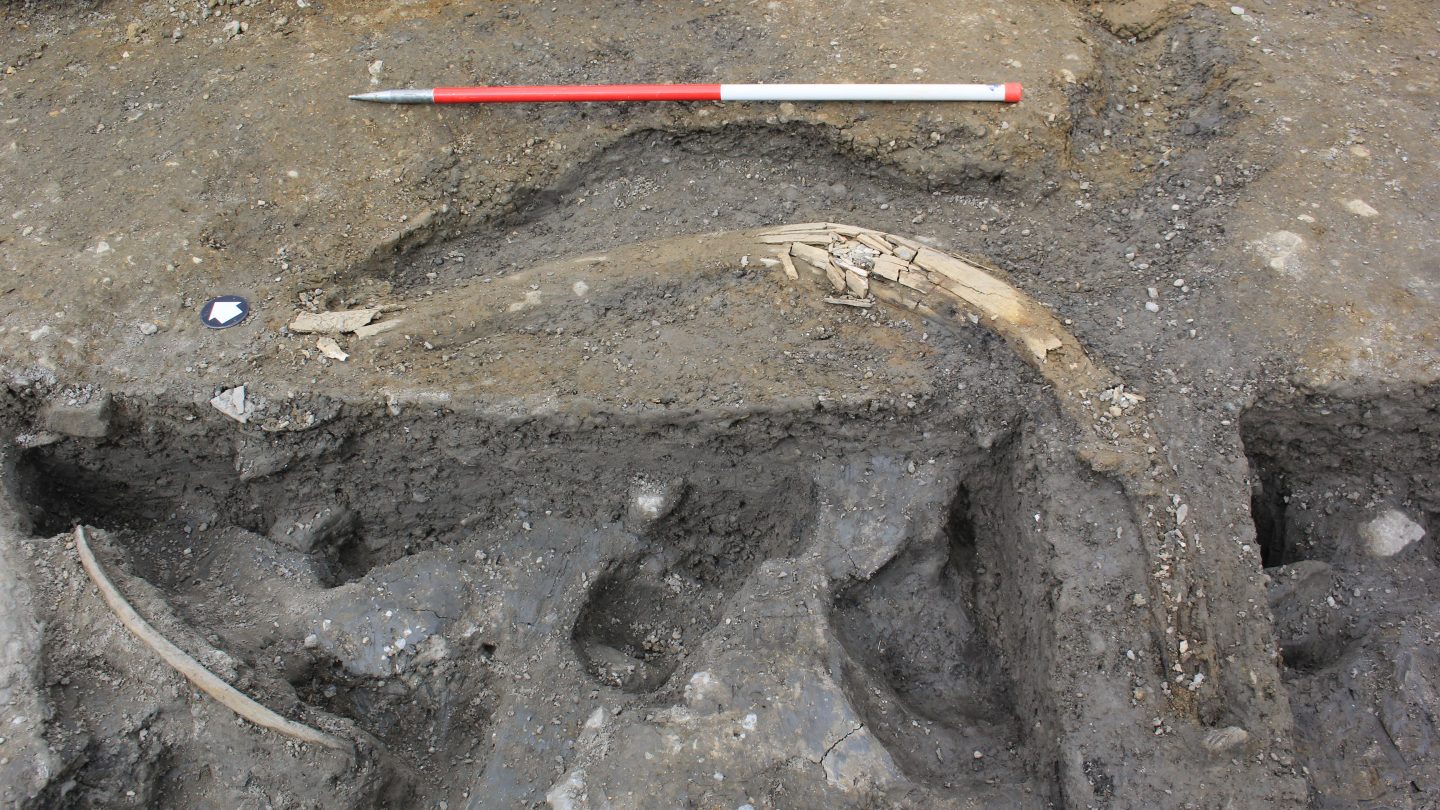 A group of researchers has unearthed a massive mammoth graveyard in southwest England. The diggers have found the bones of five mammoths so far. They also found the remains of stone tools crafted by Neanderthals nearby.

The bones found in the mammoth graveyard include two adults, two juveniles, and one infant mammoth. The dig site is the stunning discovery behind David Attenborough’s newest documentary. The excavations were led by a group of archeologists from DigVentures. However, the site was originally discovered by amateur fossil hunters Sally and Neville Hollingworth.

“Finding mammoth bones is always extraordinary but finding ones that are so old and well preserved, and in such close proximity to Neanderthal stone tools is exceptional,” Lisa Westcott Wilkins, Co-founder of DigVentures said in a statement. “Words can’t quite capture the thrill of seeing a mammoth tusk still in the ground or the feeling of standing in the middle of a site that has the potential to change how we see our closest human relatives and the Ice Age megafauna they shared their world with.”

Other discoveries around the mammoth graveyard include beetle wings, as well as freshwater snail shells. The Neanderthal tools found at the site include a hand ax and small flint tools known as scrapers. Scrapers were originally used to clean fresh animal hides, DigVentures says.

A rare snapshot of ice-age Britain

According to the researchers behind the dig, this is a rare snapshot of ice-age Britain. It’s very rare to find remains so well preserved from that particular time period. The bones in the mammoth graveyard are dated between 210,000 and 220,000 years ago. This would have been somewhere near the end of an interglacial warm period.

DigVentures began investigating the site through 2019 and 2020. Researchers will continue to dig deeper into the mysteries surrounding the mammoth graveyard. Some questions that they hope to answer include whether Neanderthals stalked and hunted mammoths, or if they were simply making the most of the remains when they found them.

Diggers believe the mammoth bones found in the graveyard are those of steppe mammoths. The diggers found the bones 16 feet below ground level. The bones found included tusks, leg bones, teeth, ribs, and vertebrae. They also believe the finds in the mammoth graveyard are smaller than most steppe mammoths that we’ve seen in the past. This could have possibly been due to adaptions to a changing environment.

There’s a lot we can learn from the fossils found around our world. These most recent findings will all be featured in-depth in an upcoming BBC documentary.