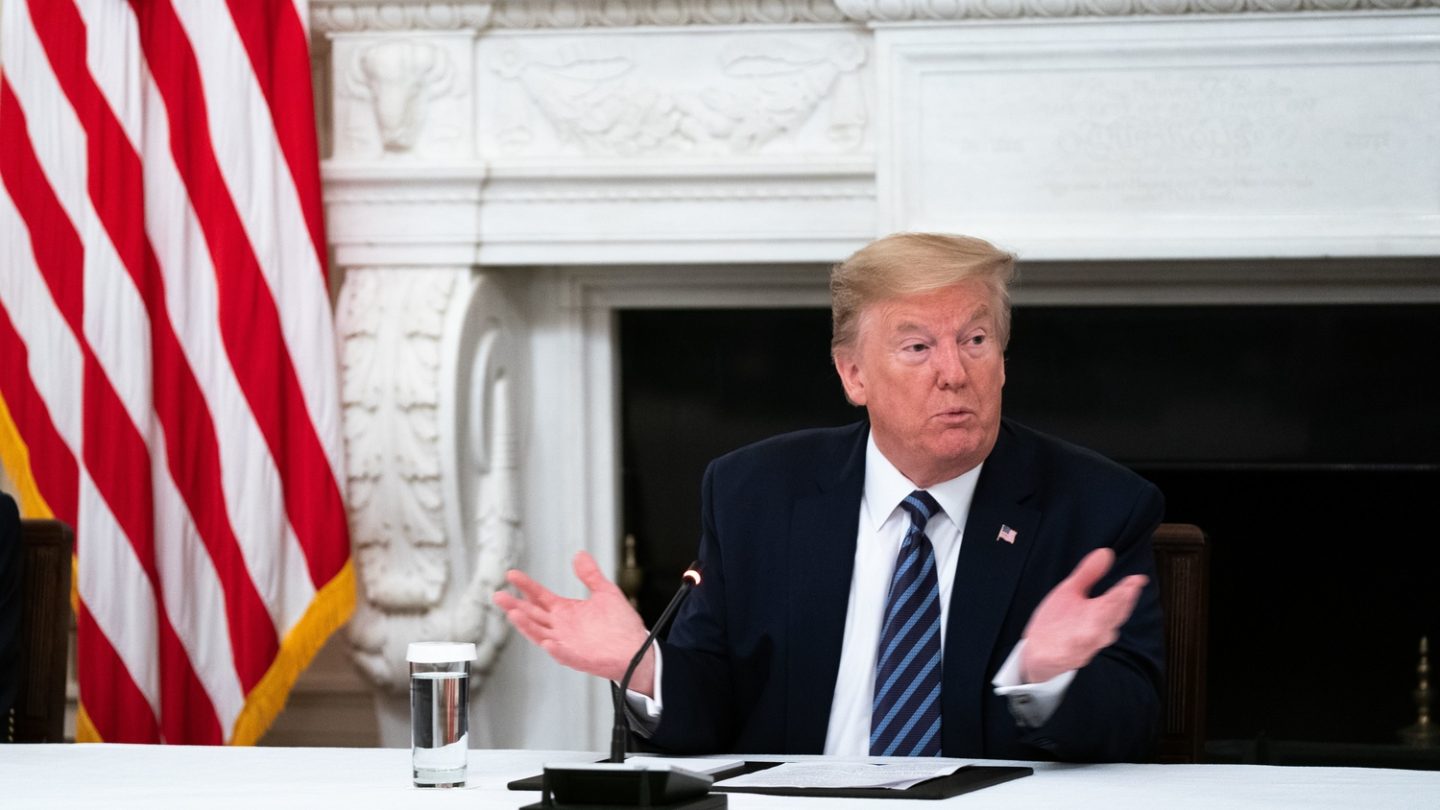 The United States will not “shut down” if another wave of coronavirus cases strikes, or at least that’s what President Donald Trump is promising the nation and the rest of the world. As The Hill reports, his bold statement came during a tour of a Ford plant in Michigan this week.

Confidence is great, but someone should probably remind him that it’s not up to him.

President Donald Trump has made himself the face of the coronavirus pandemic in the United States. As president, he obviously has many questions to answer regarding how the country is handling the deadly outbreak, but when it comes to things like social distancing mandates, business closures, and stay-at-home orders, what he says means very little.

As has always been the case, it’s up to each individual state to determine what kind of measures they decide to take to prevent the spread of the virus and ensure the health of their citizens. The decisions are made at the state level, but also at the local level, and local governments can issue their own guidelines if they feel it is in the best interest of the residents that reside there.

If you want to make things even more granular, businesses also have the right to determine when and how they reopen. They can decide the measures they want to take and, if a second wave of infections begins to rise, they can decide to shut down to limit services as well.

Speaking of a second wave, it’s becoming increasingly clear that some states weren’t ready to lift restrictions when they thought they were. Several states, including North Carolina and Texas, have reported rising infection numbers even as they begin to ease lockdown measures and issue guidelines for reopening.

The President, as he has shown the ability to do, can make broad statements about his hopes for the future of the country in the face of the pandemic. If he wants to reassure people that the economy isn’t going to completely collapse, that’s a valid and appropriate thing for a president to do.

He doesn’t, however, get to decide how this plays out.