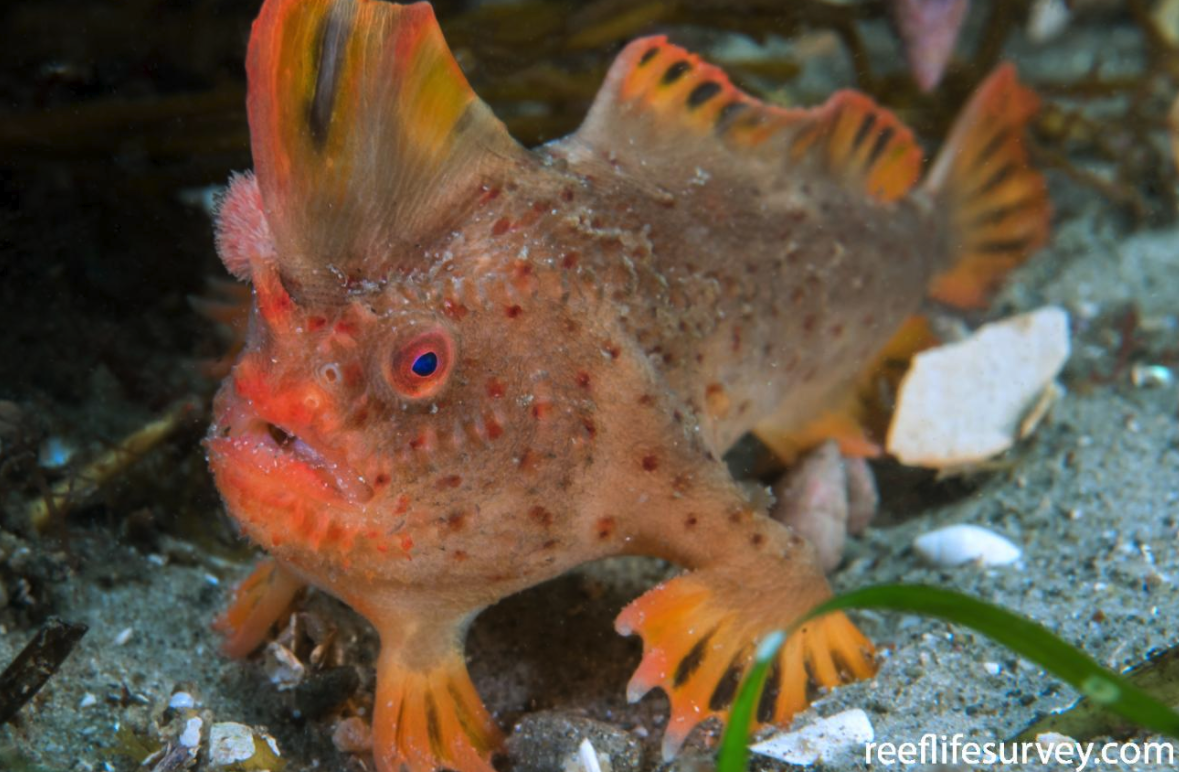 The red handfish is one of nature’s real treats. It’s a strange little bottom-dwelling fish that actually prefers to crawl along the sea floor rather than swimming, and it also happens to look like something you’d see in a Pokemon game. Unfortunately, the creature is incredibly rare. It has a status of “critically endangered” and at one point scientists believed only a few dozen of the fish even existed. That just changed in a big way, as researchers investigating reports of red handfish sightings discovered an entirely new population of the pint-sized fish, and it might signal a comeback.

Originally, the only group of the odd fish known to exist was located in a very specific spot off the coast of Tasmania. Researchers had never seen them anywhere else so it was thought that they were the last remaining members of a soon-to-be-extinct species. Then, a diver alerted scientists to what he claimed was a different group of the fish hanging out in a spot several miles away, and researchers decided to investigate.

At first, the dive team was dismayed to find no traces of the red handfish in the area where the sighting was reported. In fact, they were about to call it quits when one of the brightly colored fish decided to pay them a visit.

“We were diving for approximately three and a half hours and at about the two hour mark we were all looking at each other thinking this is not looking promising,” Antonia Cooper of the University of Tasmania explains. “My dive partner went to tell the other divers that we were going to start heading in and I was half-heartedly flicking algae around when, lo and behold, I found a red handfish.

Shortly thereafter, a few other members of the group were spotted. The new population is thought to match the previously-known group, numbering somewhere between 20 and 40 individual animals. That might not seem like a lot, but researchers believe that their discovery could be a sign that the fish are also thriving in smaller localized groups elsewhere.

“We’ve already learned a lot from finding this second population because their habitat isn’t identical to that of the first population,” Dr Rick Stuart-Smith, also of the University of Tasmania, notes. “We can take some heart from knowing Red Handfish are not as critically dependent on that particular set of local conditions.”