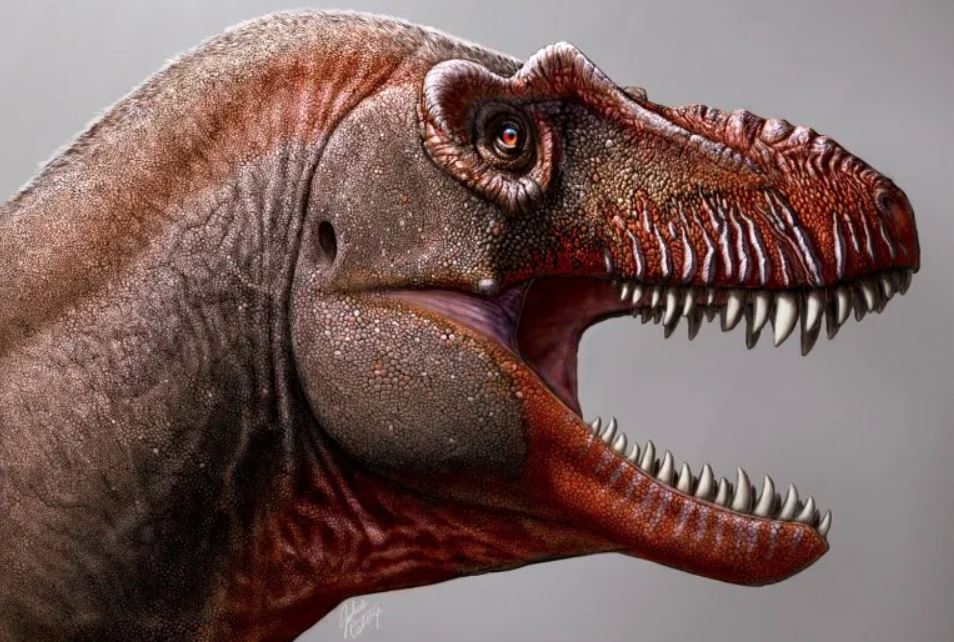 Decades of science fiction has taught us that the Tyrannosaurus rex was the mighty king of the dinosaurs, but researchers now believe that the most iconic dino may have been more of a scavenger than a hunter. Nevertheless, the Tyrannosaurus family is full of interesting creatures, and thanks to paleontologists in Canada, that family just got a little bit larger.

A team of researchers studying fossils located in Alberta, Canada, have identified what is believed to be an entirely new member of the Tyrannosaurus family, and it may have been significantly more fearsome than the T. rex we’re all so familiar with.

Identifying a new species of dinosaur isn’t easy. It takes a lot of comparison with existing specimens in order to ensure the dinosaur being studied isn’t already in the books. This new species, which carries the scientific name Thanatotheristes degrootorum, is believed to be the oldest Tyranosaurus species ever found in Canada, and its discoverers believe it was a dangerous predator.

With powerful jaws and thick teeth, the scientists know that the newly-discovered dinosaur could make short work of flesh and bone. As such, the scientific name they’ve given it draws from words meaning reaping and death.

In a blog post by Canada’s Royal Tyrrell Museum, the origins of the dinosaur fossils are revealed:

John De Groot, a farmer and palaeontology enthusiast, found the fossil skull fragments while hiking near Hays, Alberta. “The jawbone was an absolutely stunning find. We knew it was special because you could clearly see the fossilized teeth,” he said.

That exciting find led to a full scientific investigation and, eventually, the naming of an entirely new species of one of the most famous dinosaurs on the planet.