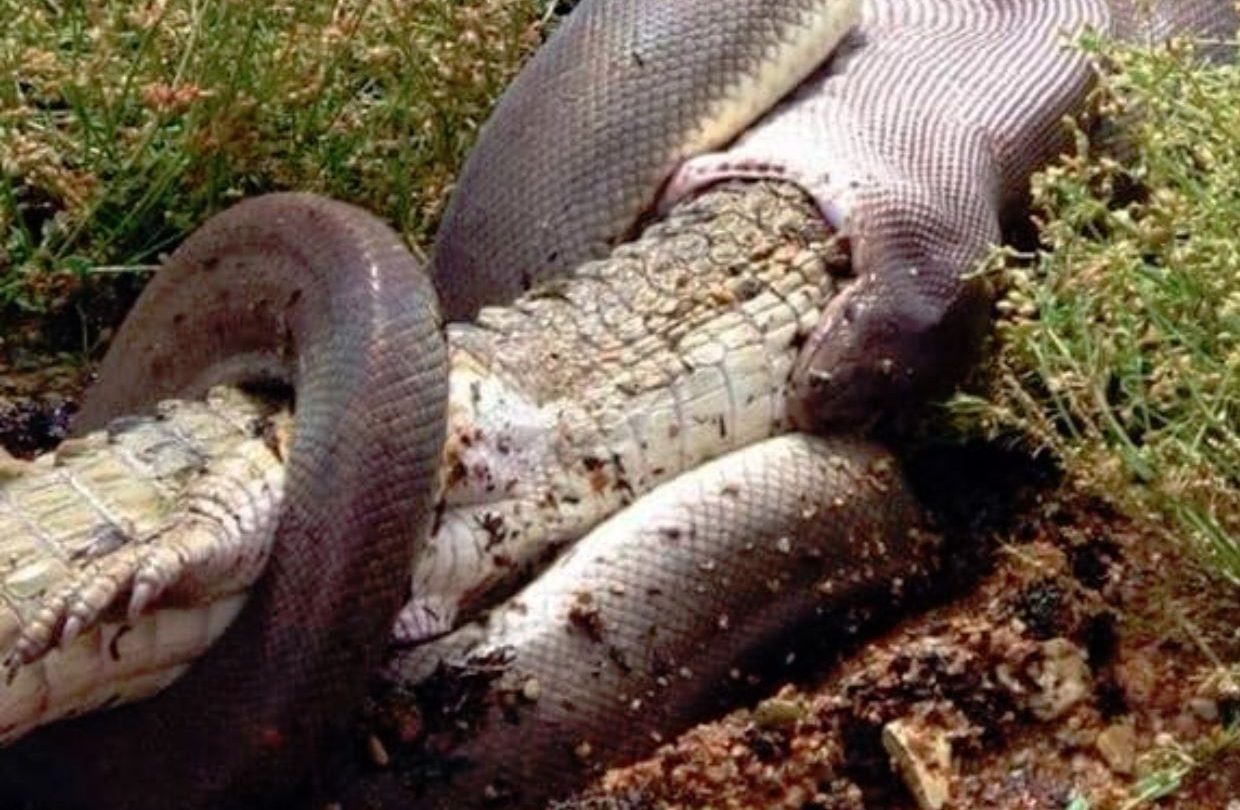 Kayaking is a relaxing outdoor activity that you can enjoy just about anywhere there’s a suitable body of water. Unless you’re tackling rapids, it’s generally pretty laid back, but one Australian man had his kayaking excursion interrupted by a spectacularly gruesome display.

As is explained in a Facebook post by GG Wildlife Rescue Inc., Martin Muller was kayaking in Queensland when he came across a massive python in search of a meal. The snake didn’t have its eyes on Muller, thankfully, opting instead for a nearby freshwater crocodile. With a camera handy, the Australian man captured the entire saga, and boy is it dark.

Muller’s photo diary of the scene is incredible and, for some, likely a bit stomach-churning. Have a look:

We see the snake getting into position near the croc, coiling itself around the reptile, and then swallowing the entire creature in one bite. There’s even a couple of follow-up shots that show just how massive the croc’s body is as it is slowly digested by the snake. Gnarly.

I mean, just look at that thing! I’ve eaten some big meals in my day, but this snake definitely has me beat. When snakes like this python consume particularly large meals they tend to spend a significant amount of time resting afterward, giving their bodies a chance to digest the prey. Slithering away isn’t easy when you’ve got a crocodile sitting in your stomach, after all.

Downing an entire crocodile isn’t easy, even with the snake’s ability to unhinge its own jaw to make room for the body as it enters. It can take hours for a snake to devour prey of this size, so kudos to Muller for sticking around and capturing the entire thing from start to finish.