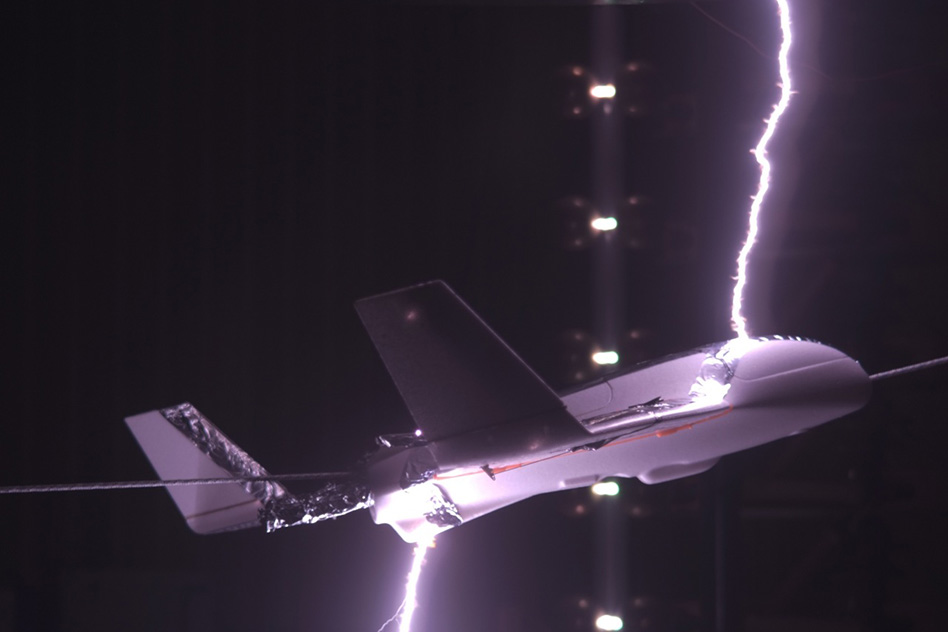 An unexpected bolt of lightning can easily startle you if it strikes the ground nearby, and high-flying planes aren’t immune to the issue either. When lightning strikes an aircraft it can cause some serious havoc, especially with electronics, and it’s obviously not pleasant for passengers either. Now, researchers at MIT have come up with a plan that they say can significantly reduce the risk of a plane being struck by lightning, and it might sound a bit backwards at first.

In a new study published in the American Institute of Aeronautics and Astronautics Journal, MIT scientists explain how they developed the lightning defense system by charging the plane with electricity ahead of time. It seems odd, but the results speak for themselves.

“The idea stems from the fact that, when a plane flies through an ambient electric field, its external electrical state, normally in balance, shifts,” MIT News writes. “As an external electric field polarizes the aircraft, one end of the plane becomes more positively charged, while the other end swings towards a more negative charge. As the plane becomes increasingly polarized, it can set off a highly conductive flow of plasma, called a positive leader — the preceding stage to a lightning strike.”

So, in order to offset that positive charge from prompting a lightning strike, the plane is temporarily given a negative charge. This fairly straightforward approach results in the aircraft becoming a much less likely candidate for lightning to be attracted to, significantly reducing the chances that lightning will hit the aircraft.

“We’re trying to make the aircraft as invisible to lightning as possible,” Jaime Peraire of MIT’s Department of Aeronautics and Astronautics, and co-author of the study, explains. “Aside from this technological solution, we are working on modeling the physics behind the process. This is a field where there was little understanding, and this is really an attempt at creating some understanding of aircraft-triggered lightning strikes, from the ground up.”

Thus far the system is little more than a proof of concept, tested on scale models in controlled conditions. However, the researchers plan to test their system in real-world scenarios soon by piloting drones into thunderstorms, which sounds like a lot of fun no matter what the results show.