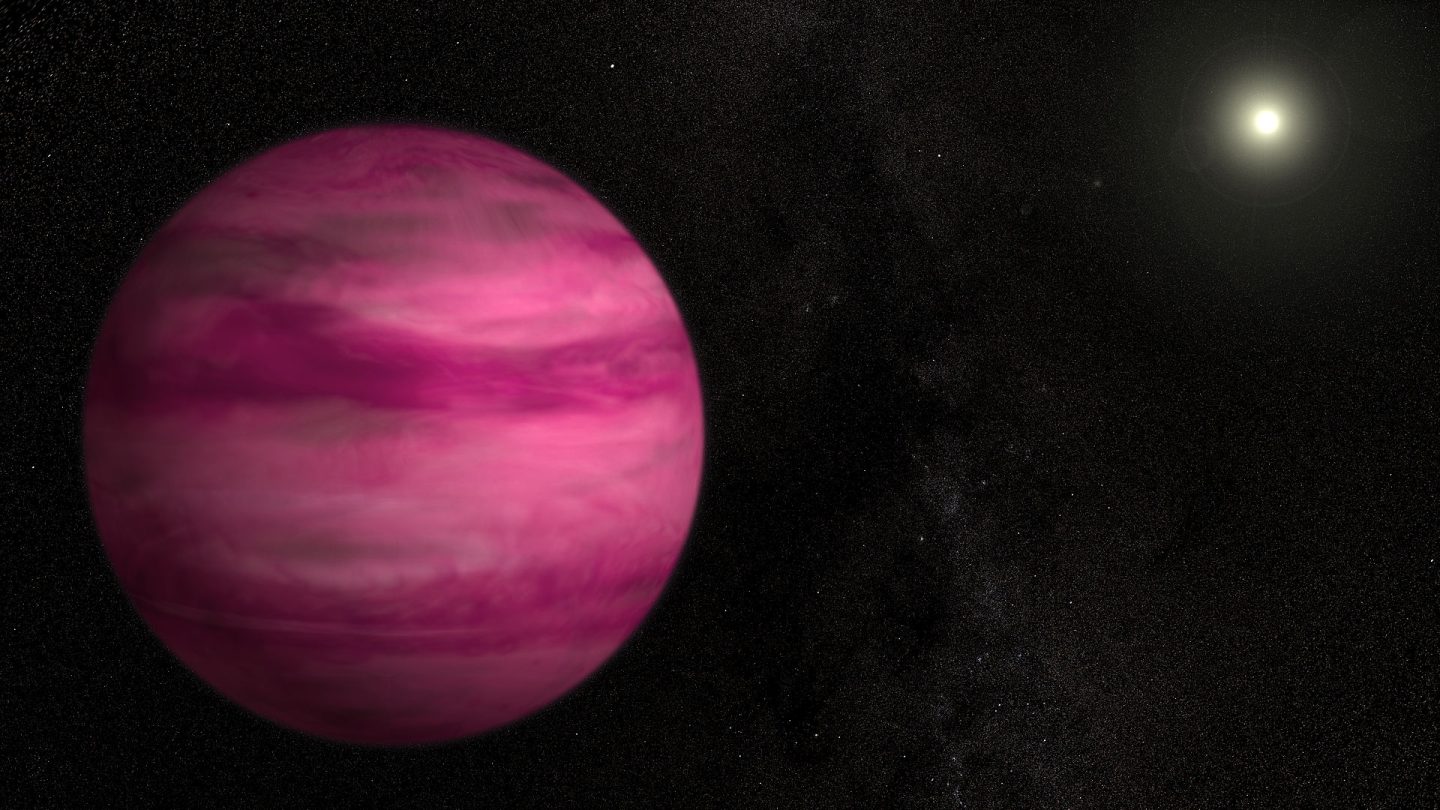 With new exoplanet discoveries happening at a fast and furious pace for years now, it takes something pretty special to warrant a showcase by NASA. The gas giant known as GJ 504b is one such planet, and it’s most definitely worthy of attention thanks to what NASA says is a gorgeous, pink appearance.

As NASA explains in a new blog post, the gas giant is roughly the same size as Jupiter, but it’s several times more massive. However, it’s still the lowest-mass planet ever directly imaged orbiting a star like our own Sun. The fact that it’s a deep shade of pink is due to its relatively recent formation.

We know that planets tend to be very hot during their formation and remain hot for some time after they gather whatever material is nearby. It can take hundreds of millions of years for the planets to eventually cool off, but GJ 504b hasn’t had that much time yet. Having formed roughly 160 million years ago, it’s still quite warm, and its hot glow is what gives it its pink hue, which NASA likens to “a dark cherry blossom,” or “a dull magenta.”

“GJ 504b is about four times more massive than Jupiter and has an effective temperature of about 460 degrees Fahrenheit (237 Celsius),” NASA explains. “It orbits the G0-type star GJ 504, which is slightly hotter than the Sun and is faintly visible to the unaided eye in the constellation Virgo. The star lies 57 light-years away and researchers estimate the system is about 160 million years old, based on methods that link the star’s color and rotation period to its age.”

At a distance of just 57 light-years, the system is relatively close in the grand scheme of things. Still, it’s much too far away for us to even begin to consider visiting it with even the most advanced space-faring hardware.

As scientists spot more and more exoplanets, learning a tiny bit about each one whenever they decide to put some time into investigating it, it paints a clearer picture of our galaxy and the universe as a whole. Learning about the incredible variation of planets, how they form, and under what conditions can teach us more about how our own solar system formed, and even offer us clues as to what conditions are best suited to eventually spawning life.

We’d never expect to see life on a planet like GJ 504b, of course. Gas giants don’t seem suitable for life, at least as far as we know. Still, the fact that it exists out there like a big glowy pink bubble is pretty darn neat.