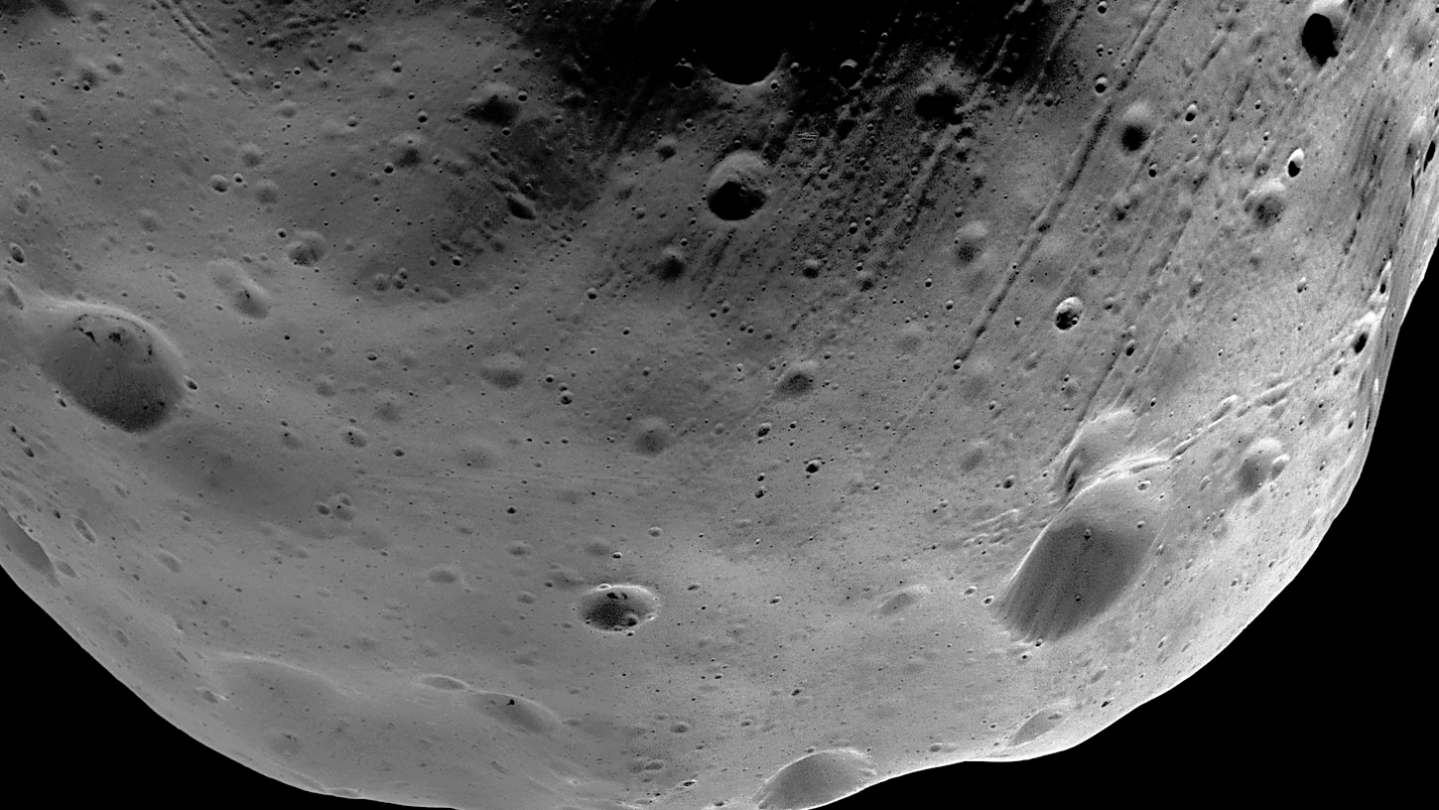 Of all the moons in our solar system, the Martian moon of Phobos might be the most interesting. It’s not a near-perfect sphere like most of the moons we see, and it almost looks like an overgrown asteroid just kind of hanging out in orbit around the Red Planet. It’s also covered in craters and huge depressions, and long grooves that stretch almost its entire length.

Researchers have long wondered what caused those large valleys to form, and what kind of force it might have taken to blanket Phobos in such a strange pattern. Now, new research published in Planetary and Space Science may have finally solved that riddle, and it all comes down to some very large rocks.

The most prominent feature of Phobos is the colossal Stickney crater that dominates an entire side of the moon. The long grooves along the moon’s surface radiate out from the large impact site, so it makes sense that the two features may be related. As it turns out, science supports that theory in a big way.

In the paper, researchers explain that they used computer models to simulate what happened to Phobos when it was impacted. The models suggest that the valleys on the moon’s surface may have been caused by huge boulders that would pushed away from the crater and actually rolled across the moon’s surface, gouging it in the process.

However, the paper stops short of declaring that this is definitely what happened to Phobos. The researchers call the “rolling boulder” theory “plausible,” and address a number of objections that other scientists have put forth to squash the idea of big rocks rolling along the moon’s surface.

We may never know exactly what Phobos has been through over the years, but we’re getting closer and closer to narrowing down the possibilities.