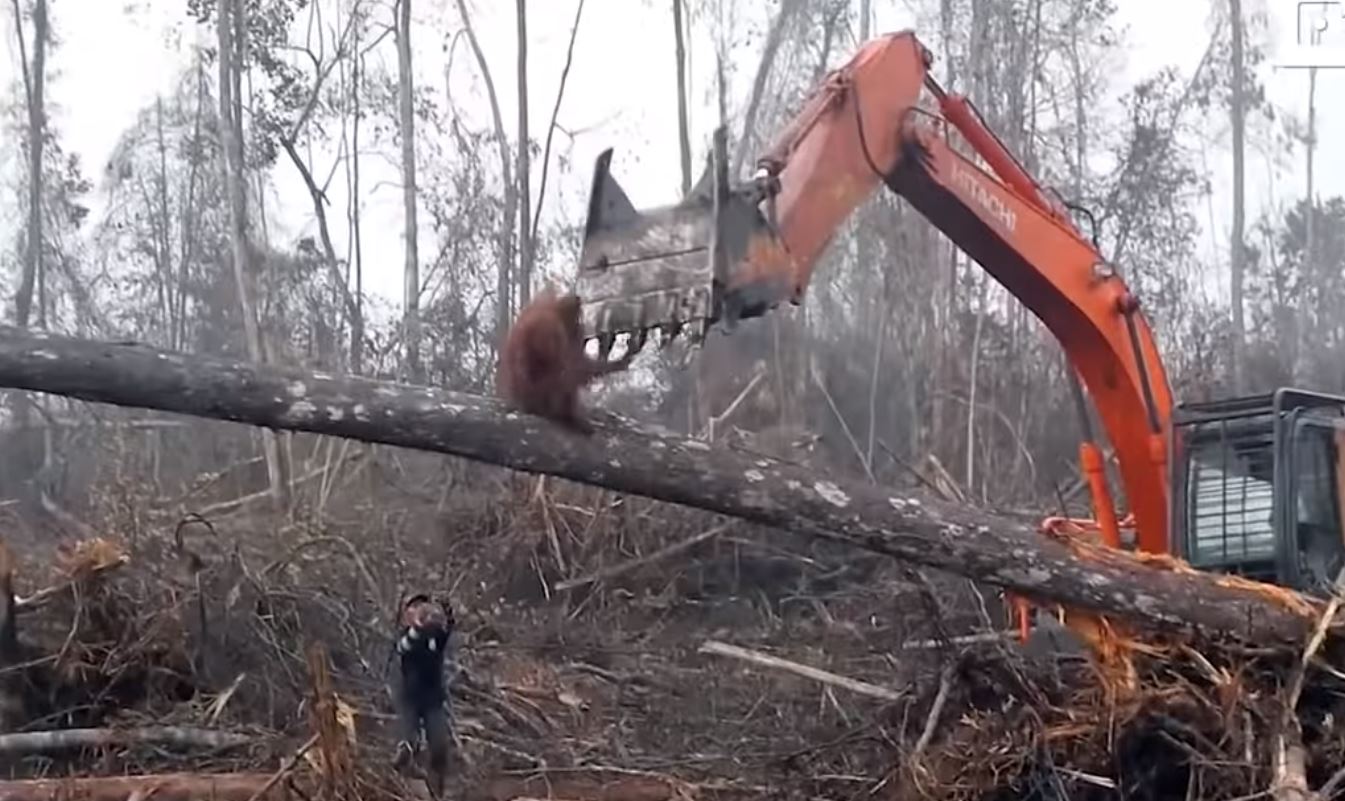 For a species that fancies itself superior to anything else on the planet, we humans sure have done a lot of messed up stuff to the rest of the life that calls Earth home. It’s often easy to ignore the cost of human “progress” when you’re benefiting from it, but sometimes something as small as a two-minute video can really put it into perspective.

A video released by the group International Animal Rescue has been getting a lot of attention recently, despite the fact that it was recorded way back in 2013. What could make a brief clip from six years ago so interesting? One viewing will make that perfectly clear.

What you’re seeing here is an orangutan doing its best to prevent the total destruction of its home. The great ape can first be seen high in the branches of the large tree being toppled by an excavator in the Ketapang region of West Borneo, Indonesia.

The animal seems to have taken refuge in one of the few trees left standing in the area, and as the machine brings it down the ape makes one last futile effort to fight it off. The orangutan rushes the excavator, moving down the toppled tree trunk and eventually pushing and slapping at the powerful arm of the machine even as workers from the IAR attempt to corral it and prevent it from being harmed or killed.

The ape then quickly swings down from the tree and the rescue workers do their best to guide it away from the machinery and into the relative safety of the bush and forest beyond.

International Animal Rescue works to save and relocate animals from areas where human encroachment is threatening the existence of a variety of species ranging from apes to bears. Scenes like the one in the video are heartbreaking and all too common as nature is pushed aside to make way for humans, but at least someone is looking out for the animals that are powerless to fight back.