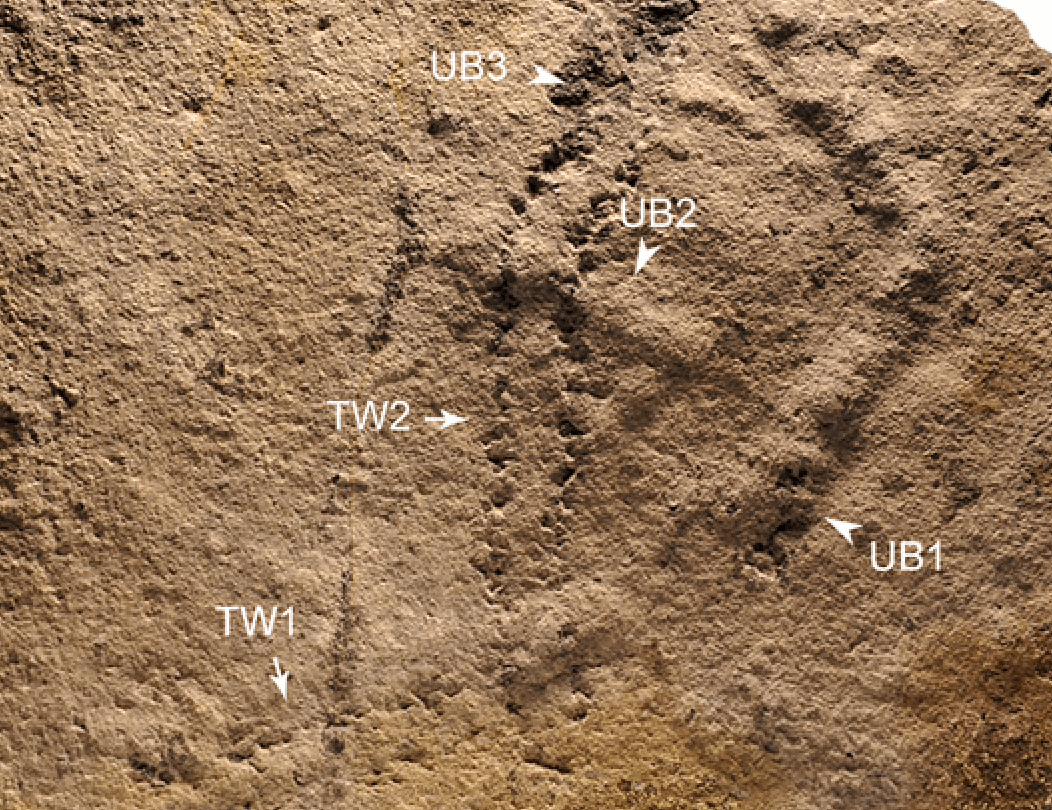 Fossilized remains of ancient creatures are pretty hard to find, but fossilized footprints are even harder. For a footprint to survive millions and millions of years after it was made, the perfect combination of conditions has to be realized, and even then there’s plenty of opportunity for Mother Nature to spoil things before the prints are discovered. Somehow, against all odds, a set of incredibly old prints has been uncovered in China, and they date back farther than anything paleontologists have ever seen before.

The tracks, which were preserved in a limestone layer, are estimated to be an incredible 541 to 551 million years old. In case you don’t have your history book handy, that’s far older than any dinosaur, and it was a time when life on Earth is thought to have been pretty sparse.

The discovery, which was published in Science Advances, doesn’t actually reveal as much about the animal that created the tracks. The researchers describe the tracks as “two rows of imprints arranged in poorly organized series or repeated groups,” and they suggest the prints were made by “bilaterian animals with paired appendages.” Beyond that vague description, it’s impossible to know what the animal may have looked like.

Along with the prints, the researchers note the presence of what appears to be small burrows. They can’t say for certain, but they believe both the burrows and tracks may have been made by the same creature, which would indicate “a complex behavior involving both walking and burrowing.”

As Gizmodo points out, one of the things that makes fossils from this time period so incredible rare is that early life was soft-bodied, meaning that bones and hard shells or exoskeletons weren’t around to stand the test of time. The fact that the tracks of a totally unidentified creature managed to make it for over half a billion years to be discovered by humans is really just incredible luck.

It’s entirely possible that the tracks and burrows you see in the photo are all that’s left of whatever species created it. Of course, there may be more tiny tidbits left over that are still yet to be uncovered, but discoveries like this don’t come around very often, so let’s enjoy it for what it is.