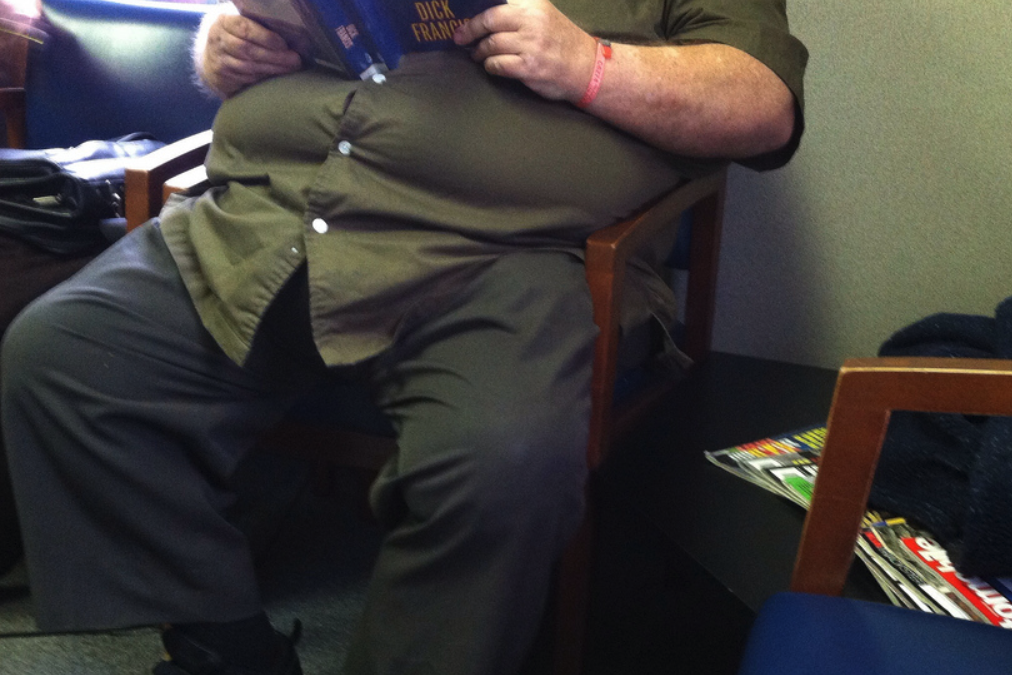 Being significantly overweight comes with plenty of well-documented health problems already. From the risk of injury due to stressed joints to type 2 diabetes, obesity isn’t just dangerous, it’s deadly. Now, a new study reveals that obesity might actually also affect your brain, and not just in a “I should grab another donut” kind of way.

In a new research paper published in the Journal of Neuroscience, researchers reveal that lab testing in mice has hinted at diminished brainpower in animals who are dramatically overweight. The fat and not-so-bright rodents may actually be incapable of processing information as well as their more fit counterparts.

As Science News reports, the researchers used two groups of mice for the study. The first group was plumped up with a high-calorie diet for three months, while the other group was kept at a standard calorie intake.

The obese mice, which weighed nearly 40 percent more than the control group, showed diminished reasoning and memory skills when confronted with the same puzzles as the control animals. The larger rodents had problems remembering how to navigate mazes that were trivial for the mice which had remained at a normal weight.

To determine what might be causing the mice to become dimmer, the researchers began looking at their brains. What they found was that the obese mice had a greater number of microglia, which are a type of “scavenger” cell that serve the immune system in the central nervous system.

These cells aren’t “bad,” per se, but an increase in their numbers is thought to cause damage to the tiny stalks on nerve cells that receive messages. These stalks, called dendritic spines, are incredibly vital for the brain to process information, and less active spines may actually be inhibiting the ability of the obese mice to process information as rapidly as their healthier kin.

It’s obviously not clear at this point whether the same is true in humans, but the functions of the brain that are of concern in this study are fairly similar between rodents and many other animals, including humans.