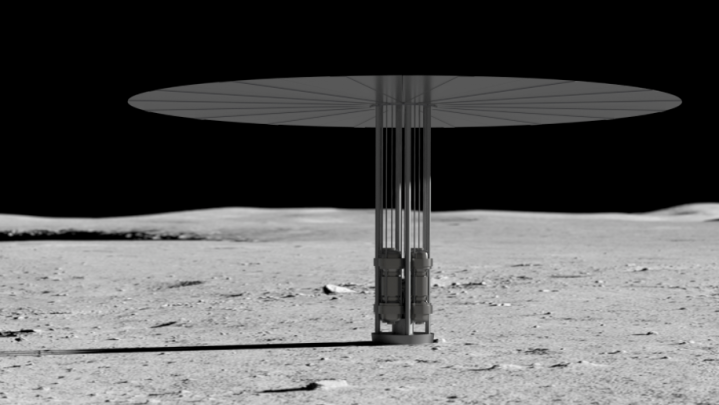 Exploring space, traveling to other worlds, and making observations of far-off planets is humanity’s next big challenge. We’re already accomplishing some of those feats, but as we inch closer to the day when manned missions to the Moon, Mars, and elsewhere become more common, there’s plenty of problems yet to be solved. One of the biggest issues is power, and a new test by NASA and the National Nuclear Security Administration (NNSA) just demonstrated that nuclear power might be the answer we’ve been searching for.

The two agencies teamed up to build a device called the Kilopower Reactor Using Stirling Technology (KRUSTY for short). KRUSTY’s job is to provide reliable power for various space operations, but before NASA could even dream of drawing up missions that might rely on the reactor they had to put it through a gauntlet of tests. The pint-sized reactor “passed with flying colors.”

As NASA describes, the KRUSTY reactor is capable of producing as much as 10 kilowatts of power for a period of ten years. That’s enough power to run several average American households, and that’s the kind of reliable energy that future space missions will depend on for success.

“Safe, efficient and plentiful energy will be the key to future robotic and human exploration,” NASA’s Jim Reuter explains. “I expect the Kilopower project to be an essential part of lunar and Mars power architectures as they evolve.”

The idea is that the reactors, which are small enough to be flown to their destinations, could serve as a modular power solution for human settlements on other worlds, such as the Moon and potentially Mars. Multiple KRUSTY reactors could be set up to expand power production as an otherworldly outpost grows in size, and with a decade’s worth of power at their disposal, that’s plenty of time to lay the foundation for a human colony.

“Kilopower gives us the ability to do much higher power missions, and to explore the shadowed craters of the Moon,” Marc Gibson, a Kilopower engineer working on the project, says. “When we start sending astronauts for long stays on the Moon and to other planets, that’s going to require a new class of power that we’ve never needed before.”

Testing the reactor meant simulating a number of dire scenarios, including failed components and power losses. The reactor was able to bounce back and overcome all of the simulated failures that the engineers threw at it. Those demonstrations will now serve as a starting point for further work on nuclear power sources for use on other planets, and it might not be long before we see some version of the technology powering Moon missions.