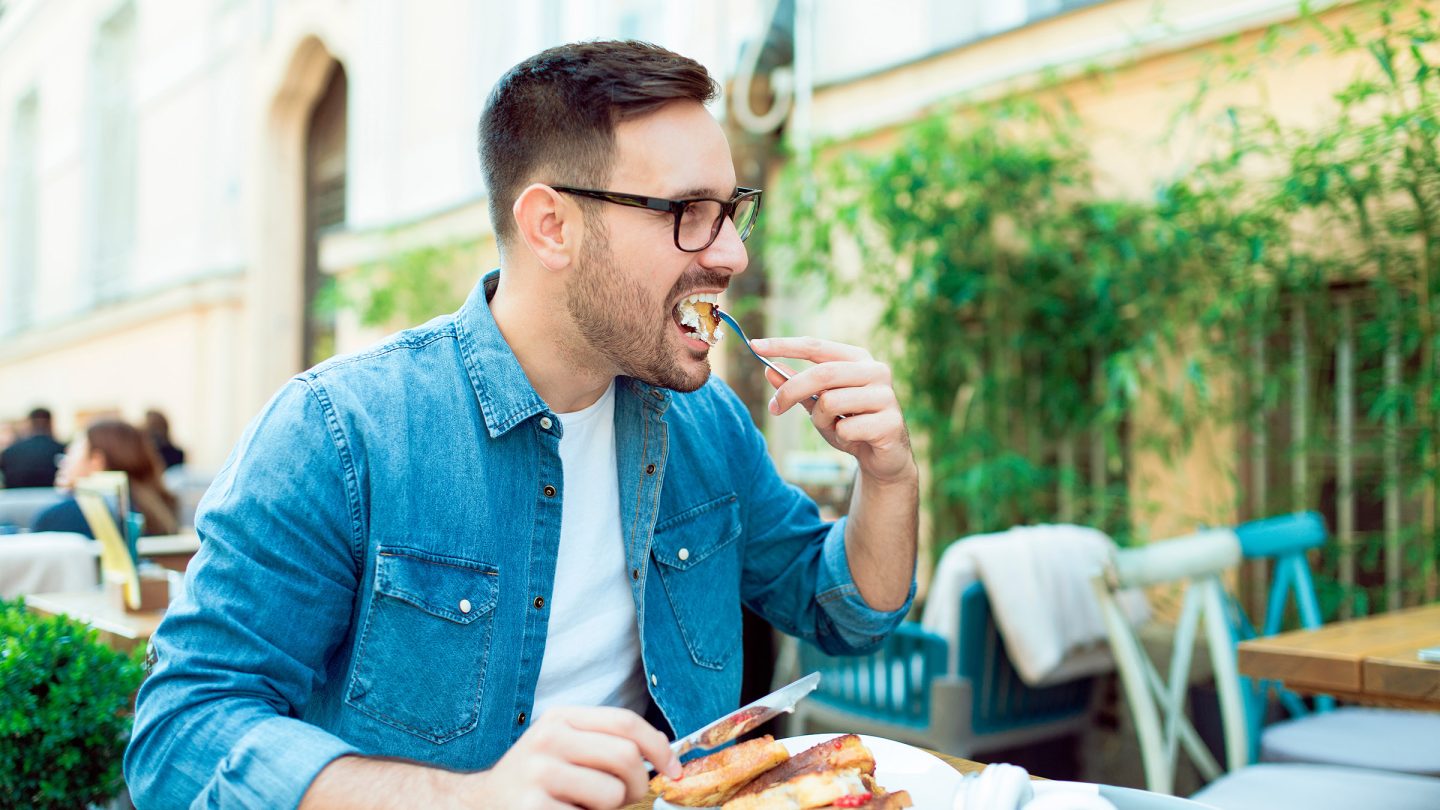 You probably don’t think twice about chewing, but scientists now say the evolution of chewing could have played a major role in how humans evolved over time. A new study researchers published in the journal Science Advances explores the current state of chewing. The study posits that human teeth, jaws, and muscles evolved to use less energy when chewing, allowing it to be expended elsewhere.

Chewing may have played a vital role in human evolution

How we chew things is actually extremely important for our bodies. You’ve probably heard the phrase “chew your food” more than once in your life. While it’s just good practice to keep from choking, chewing your food is also important for making the energy and nutrients within it accessible to your digestive system. As such, the evolution of chewing has helped streamline that process completely.

Chewing food takes energy. The New York Times reports that a person spends around 35 minutes chewing every day. Some of our cousins, like chimpanzees, spend up to 4.5 hours a day chewing. Orangutans spend even longer, with an average of 6.6 hours chewing every day. Because they spend so much more time chewing, our cousins expend more energy doing it.

But the energy we expend chewing can’t be that great, right? It isn’t. In fact, the evolution of chewing hasn’t been studied that much because it takes so little energy, especially compared with other bodily tasks. But, that small amount of energy still counts for something, especially when you’re talking about evolutionary progression.

To test how humans chew now, the researchers on the study gave participants sugar-free, flavorless gum. They then placed the participants inside a hooded machine that was able to monitor the oxygen and carbon dioxide levels to help measure how much energy it took to chew the gum for 15 minutes.

They were also given two different types of gum to choose from, a hard one and a soft one.

The researchers found that the participant’s metabolic rates were 15 percent higher when chewing the hard gum. When chewing the soft gum, the participant’s metabolic rate was only 10 percent higher than normal. Because it takes more energy to chew harder substances, our faces may have evolved specifically based on making chewing take less energy, the researchers say.

The evidence that the researchers discovered seems to indicate that the evolution of chewing helped play a vital role in how humans evolved over the eons. The changes that took shape in our faces not only allowed us to use less energy to chew, but also made biting easier. Another evolutionary change that helps us use less energy to sustain our bodies properly.