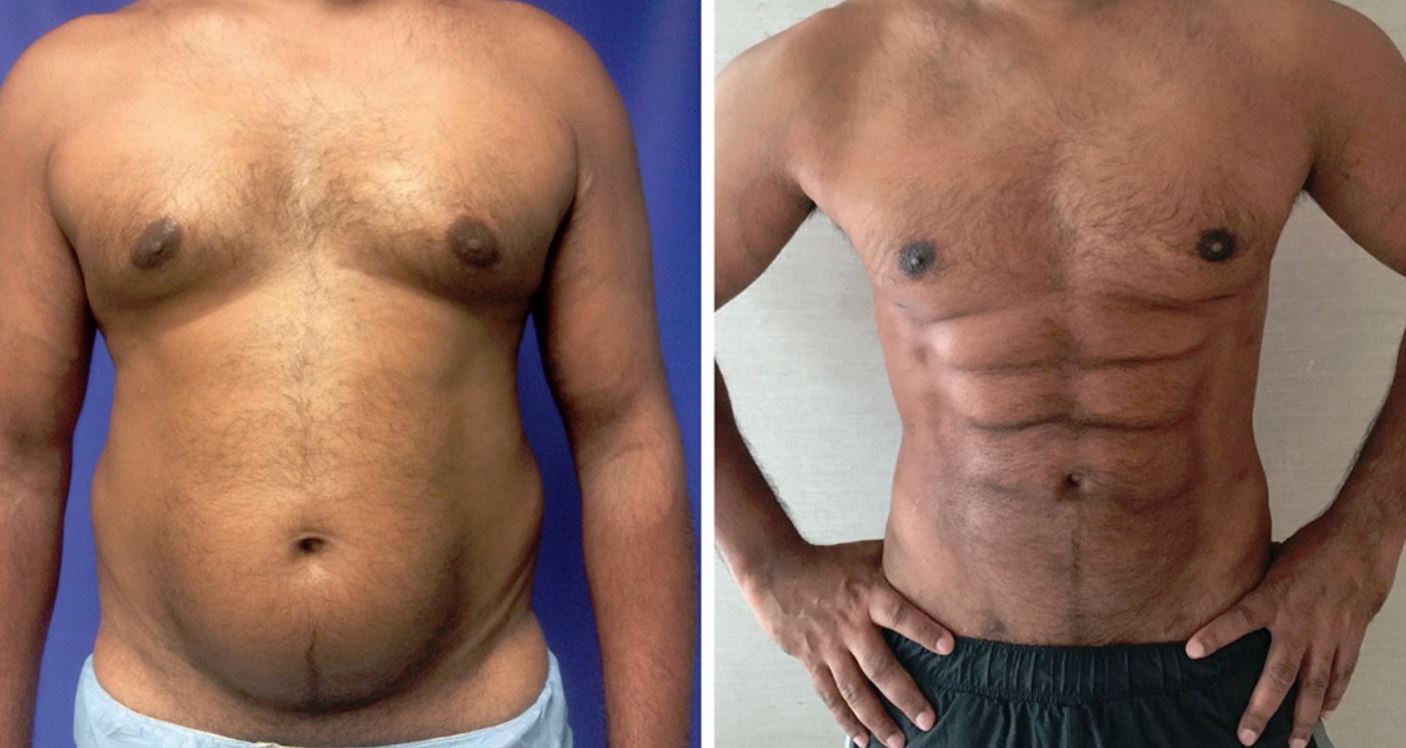 With summer fast approaching there’s no shortage of people doing their best to score beach-worthy bodies, but a perennial interest in physical fitness is often associated with people who just can’t seem drop weight and keep it off. Fat deposits around the midsection are notoriously difficult to shed, but a new plastic surgery technique promises to make you appreciate your love handles by repurposing them as faux muscles.

The new procedure, which could be considered an alternative to traditional liposuction, is explained in a new paper published in the journal Plastic and Reconstructive Surgery, and it describes how surgeons have made it possible to reshape belly fat into a much more eye-catching midsection. It’s called “abdominal etching.”

“The ideal body is characterized by a muscular physique and defined anterior abdominal wall,” the doctors explain in their paper. “Despite diet and exercise, many are unable to achieve this desired result. Liposuction with abdominal etching is used to achieve high-definition abdominal aesthetics. The etching technique is performed with liposuction in a superficial plane, to create indentures consistent with ‘six-pack abs,’ or definition of vertical abdominal lines.”

For the study, doctors recruited 26 men and 24 women who were in overall good shape and maintained healthy diet but were unable to shed stubborn fat around their midsection. The surgeons then utilized “meticulous liposuction technique” to actually sculpt the fatty areas into the shape of abs.

“The patients exemplify that the procedure can be performed with optimal aesthetic results, and minimal postoperative complications,” Lead author Dr. Tarik Husain and his co-authors said in a statement. “We also highlight our extensive post-operative management, with the addition of a multidisciplinary nutrition and personal training team with the goal to maintain [patients’] long-term results and retain their newly etched abdominals.”