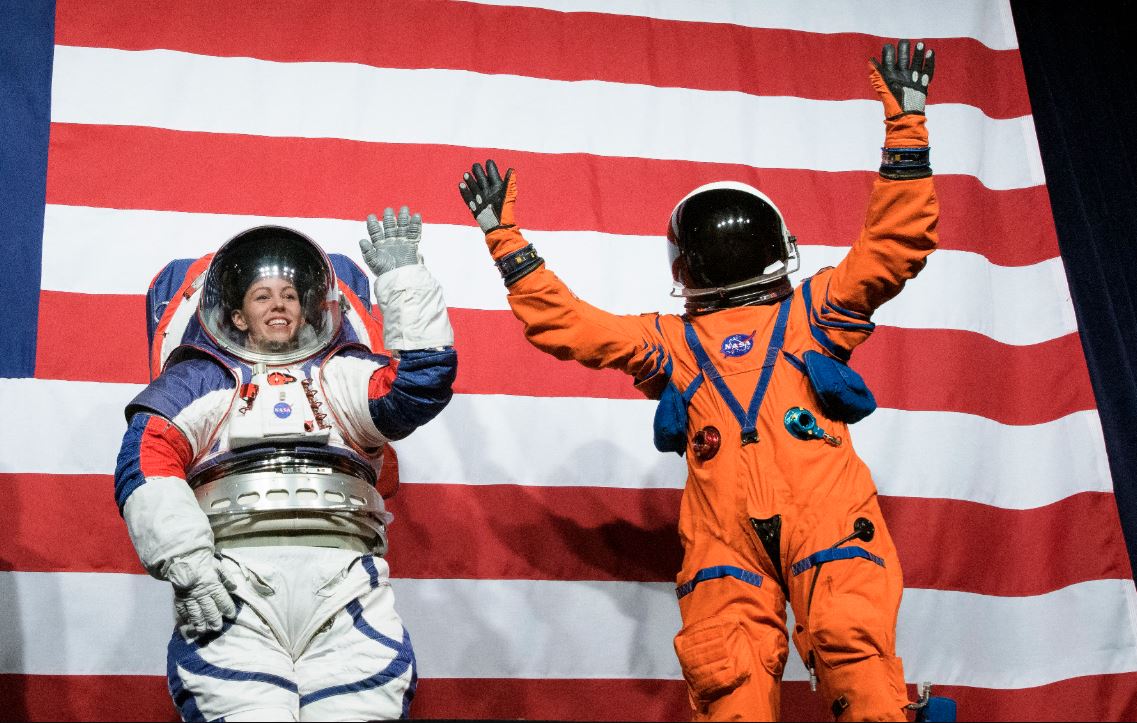 A couple of weeks back, NASA teased its new spacesuits that astronauts will wear when exploring the lunar surface in years to come. The agency plans on having crewed missions to the Moon underway by 2024, and upgrading the gear that astronauts will wear on their journey was a top priority. Now, we’re finally getting our first look at real-life versions of the spacesuits that will keep NASA astronauts safe during their missions.

The prototypes — including the xEMU suit for lunar exploration and the Orion Crew Survival System suit — were shown off during an event at NASA’s headquarters this week.

At first glance, the bulky xEMU looks a lot like the old spacesuits worn by NASA astronauts during the Apollo missions, with thick arms and legs and a hefty life support unit affixed to the back. Appearances can be deceiving, however, and NASA’s engineers have put a lot of work into enhancing the mobility of the suit, offering a greater range of motion that will help astronauts traverse the lunar surface with greater ease than ever before.

The life support systems contained in the unit on the back of the spacesuit has also gotten several upgrades. Many components have been shrunk, freeing up space for redundant systems that provide an added level of safety and security for the astronauts, keeping them alive even if something breaks.

The modular design of the spacesuit means that it can be customized to each astronaut, officially doing away with the days of spacesuit sizing issues. Before the Artemis crew missions get underway, each astronaut will be fitted with a suit that matches them perfectly.

The Orion suit (in orange) is the gear that astronauts will wear during launch, the eventual return to Earth, and, if needed, during emergency situations aboard the spacecraft.