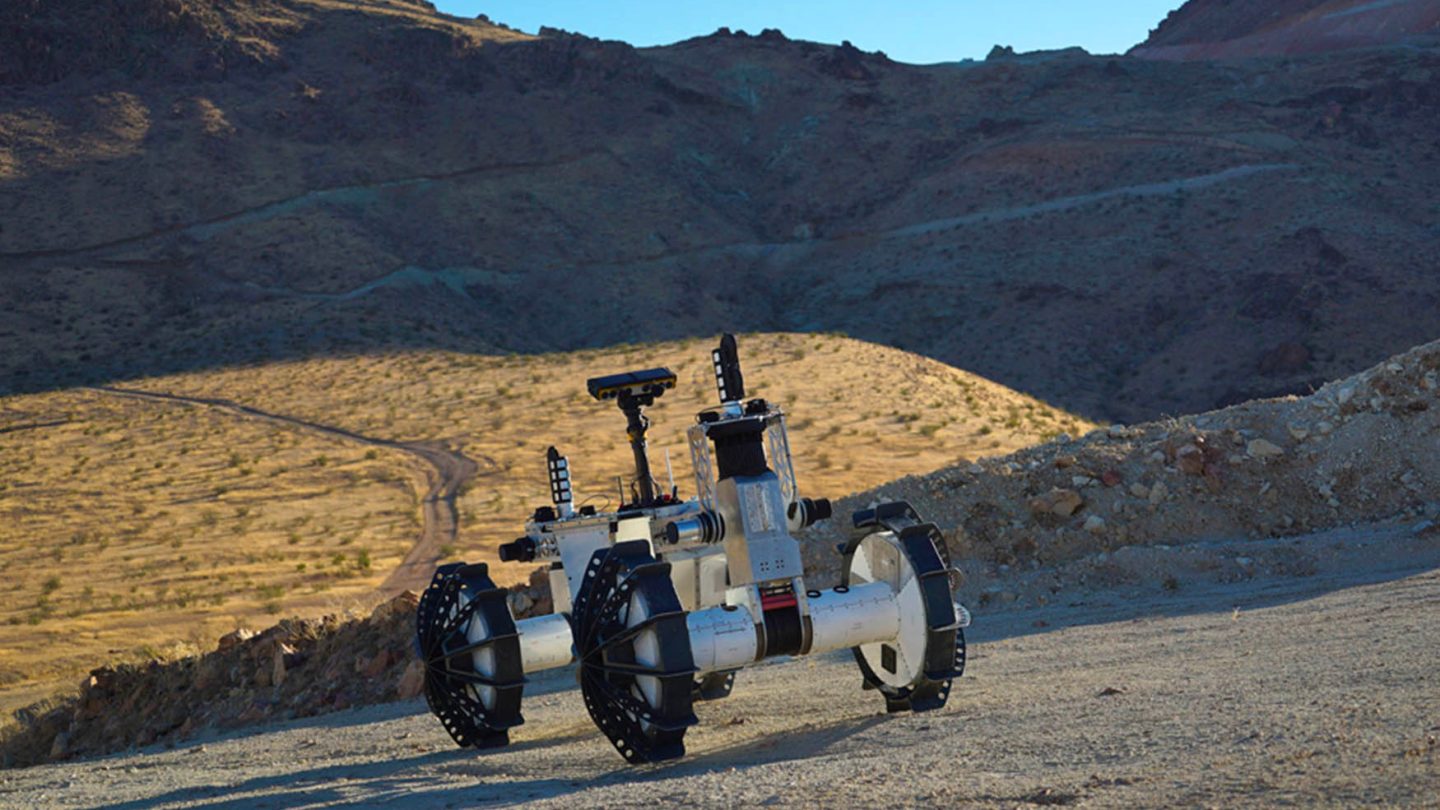 NASA’s Perseverance rover is currently headed for Mars. The high-tech machine is more capable than any other robot NASA has sent to the Red Planet to date, but it’s actually quite similar to rovers like Curiosity, Opportunity, and the others in NASA’s history. It’s a mobile platform for science, and as such, it’s not built to best the worst terrain Mars has to offer.

But in the future, rovers may indeed be capable of much more impressive feats of exploration, and a new rover concept called DuAxel is a glimpse into the future of planetary exploration. It’s also pretty darn awesome.

DuAxel, as its name suggests, is a more traditional, Earth-like vehicle design with four wheels rather than the six wheels that are so common in NASA’s rover designs. That might initially make it appear to be less capable than its counterparts, but DuAxel has a number of tricks up its sleeve that make it an incredible machine for exploring other planets.

You see, the rover has a secret: DuAxel is actually two rovers in one. It’s a pair of two-wheeled rovers connected together. Both of the smaller rovers are called Axel — hence the DuAxel naming scheme — and this allows the rover(s) to split up and investigate various hard-to-reach areas. One rover and a central unit act as an anchor, and the two-wheeled Axel bot conducts investigations down deep slopes or in hazardous areas.

The bot explores and, if it gets into trouble, a tether attached to each Axel can be used as an escape rope to help it return to the anchored unit. The tether also provides power to the Axel rovers as they explore. It’s a pretty brilliant design, and it could allow for the exploration and study of some of the most remote areas of Mars, the Moon, or other planets.

NASA recently tested the rover on some of the more extreme terrains here on Earth, demonstrating its ability to scale steep, rocky inclines and accomplishing scientific objectives with ease.

“DuAxel performed extremely well in the field, successfully demonstrating its ability to approach a challenging terrain, anchor, and then undock its tethered Axel rover,” Issa Nesnas of NASA’s Jet Propulsion Laboratory said in a statement. “Axel then autonomously maneuvered down steep and rocky slopes, deploying its instruments without the necessity of a robotic arm. DuAxel opens up access to more extreme terrain on planetary bodies such as the Moon, Mars, Mercury, and possibly some icy worlds, like Jupiter’s moon Europa.”